WASHINGTON (AP) — A new claim of decades-old sexual impropriety by Justice Brett Kavanaugh is rekindling the controversy that nearly derailed his confirmation to the Supreme Court last year. The allegation was unearthed by two New York Times reporters in their research for a book about the Kavanaugh confirmation. The book says the FBI was made aware of but did not investigate the incident, purported to take place when Kavanaugh was a Yale student in the 1980s.

Kavanaugh declined to comment through the court’s press office, but in Senate testimony last year, he flatly denied other misconduct claims, including an allegation of sexual assault during his high school years made by Christine Blasey Ford and a separate episode at Yale involving college classmate Deborah Ramirez.

The new allegation has elicited calls from some Democratic presidential contenders for Kavanaugh’s impeachment and strong defenses of Kavanaugh from leading Republicans, including the man who appointed him to the high court, President Donald Trump.

Q. What are the new allegations?

A. Times reporters Robin Pogebrin and Kate Kelly wrote in an essay in Sunday’s newspaper drawn from their new book, “The Education of Brett Kavanaugh: An Investigation,” that a classmate saw Kavanaugh expose himself to a female student at a drunken dorm party in Kavanaugh’s freshman year. The essay said the classmate notified senators and the FBI about the incident, but the FBI did not investigate. The allegation is similar to the one Ramirez made last year, that Kavanaugh had exposed himself to her at another freshman-year party.

The Times did not initially report that the unidentified woman declined to be interviewed, and that her friends say she doesn’t recall it. Those details were later appended to the piece. The classmate who said he saw the episode was identified as Max Stier, who later became a law clerk at the Supreme Court and now runs a non-partisan government reform group in Washington. Stier also once worked for the law firm Williams and Connolly when it was representing President Bill Clinton in the investigation of his affair with White House intern Monica Lewinsky. Kavanaugh worked for independent counsel Kenneth Starr at the time. Some conservatives were livid that the Times did not include Stier’s law-firm affiliation.

Q. Didn’t the FBI investigate allegations of sexual misconduct against Kavanaugh before the Senate voted to confirm him?

A. Yes, but Stier was never interviewed, Pogebrin and Kelly wrote. And the FBI had been given Stier’s name by Sen. Chris Coons, D-Del., a Judiciary Committee member, according to an Oct. 2 letter obtained by The Associated Press. Coons did not make the matter public at the time because Stier asked for confidentiality and because he assumed the FBI would investigate the claim, according to a person familiar with Coons’ thinking. The name is blacked out in AP’s copy, but the person confirmed that the letter mentioned Stier by name. Kavanaugh was confirmed Oct. 6. Ramirez’s lawyers provided the FBI the names of roughly 20 people, but few if any were ever interviewed. 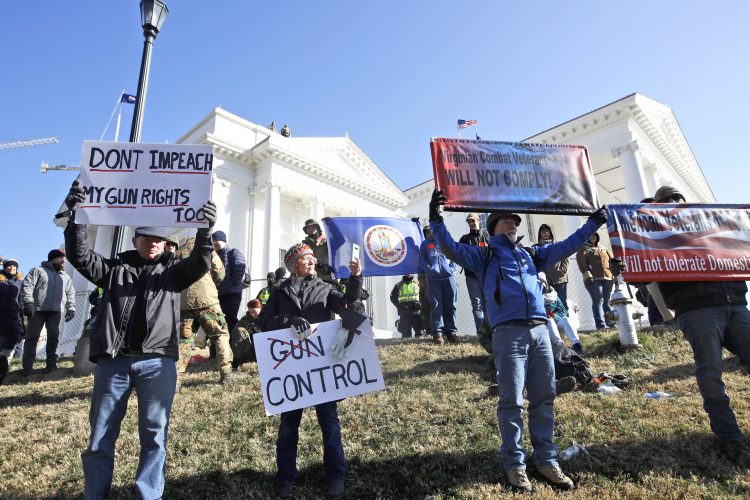 CARSON CITY, Nev. (AP) — “Mr. Bloomberg, like anybody else, has a right to run for president. He does not have ...

Apple Inc. is warning investors that it won’t meet its second-quarter financial guidance because the viral ...

Museum’s Rembrandt fake turns out to be the real thing

ALLENTOWN, Pa. (AP) – Thanks to modern technology and some expert detective work, a nearly 400-year-old ...

RENO, Nev. (AP) — With the Nevada caucuses less than a week away, Democratic presidential candidates campaigning ...