St. Joseph Hospital, a member of Covenant Health, announced today Deborah Tighe has joined the leadership team as its Executive Director of Philanthropy. In this important role, Tighe will be responsible for the hospital’s comprehensive philanthropic program, which includes annual funds and ...

WASHINGTON (AP) — The government’s top infectious disease expert said Sunday he would like to see aggressive measures such as a 14-day national shutdown that would require Americans to hunker down even more to help slow spread of the coronavirus. Still, Dr. Anthony Fauci said travel ...

HUDSON – A local pet supply store is now under new ownership, with a new name and new plans to offer additional products and different classes. Husband and wife duo Carola and Dominick Mandeville took over Chasing Our Tails on October 1, changing the store name to Happy Tails NH. Since ...

The Subway at 77 Lowell Road in Hudson has completed its recent remodeling project. The reworked store is the first of its kind in New Hampshire.

NEW YORK (AP) — As stocks around the world tumble on worries about a fast-spreading virus, investors have been clamoring for the superheroes of the financial world to ride to the rescue once again. Yet this time, there are doubts: Can central banks really fix this crisis as they have so ... 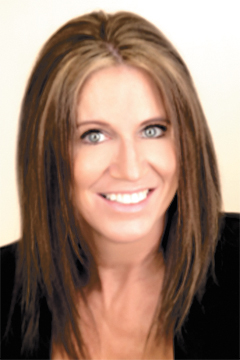 NASHUA – Residents living in Greater Nashua can learn about their risk for cardiovascular disease, osteoporosis, diabetes and other chronic, serious conditions with affordable screenings by Life Line Screening. Arlington Street United Methodist Church will host this community event on March ...

Tech-starved government thirsts for the industry’s best and brightest

Denver (AP) — In this post-impeachment era of divisiveness and deadlock in the nation’s capital, Uncle Sam has a message for top U.S. technologists: I Still Want You. A Washington-based nerd strike force called the U.S. Digital Service is seeking private-sector coders, programmers and ...

BERLIN (AP) — A German court has temporarily halted the site preparation for Tesla Inc.’s first electric car factory in Europe. The Higher Administrative Court for Berlin-Brandenburg ordered Tesla to stop clearing trees on the wooded site near Berlin until it considers an environmental ...

The airline industry is among the most heavily unionized in the U.S. economy, and union members are seeking a bigger share of the airlines’ multibillion profits. Sara Nelson, the president of the Association of Flight Attendants, says too many employees — especially at the smaller regional ...

DAVOS, Switzerland (AP) — The rapidly changing circumstances for Isabel dos Santos, widely known as “Africa’s richest woman,” is evident by her absence at the the World Economic Forum in Switzerland. Instead of hobnobbing with world leaders in Davos, she is confronted with calls for ...

Eulalie Paris has joined MillRiver Wealth Management (MillRiver) as System and Technology Wealth Management Project Manager. In this role, Paris oversees research and data collection on systems, processes and procedures. “I’m thrilled to have Eulalie’s leadership and guidance at this ...

MANCHESTER – In May 2019, Mr. Mac’s Macaroni and Cheese in Manchester, announced its “Mac Gives Back” initiative to support the Manchester Salvation Army “Kids Cafe” program. When the Mr. Mac’s team learned of the need to help local children, they decided to donate $1 for every ...

A Purdue bankruptcy would make opioids cases even messier

State and local governments have sought billions of dollars from Purdue Pharma as a way to hold the company and the family that owns it accountable for the nation’s opioid epidemic, a potential payout that is now clouded in uncertainty after state attorneys general said settlement talks had ...

LEBANON - Patients at hospitals throughout New England who are in need of intensive care can now benefit from the Dartmouth-Hitchcock Center for Connected Care’s Tele-Intensive Care Unit Program. Located in a newly renovated, technologically innovative and dedicated space at ... 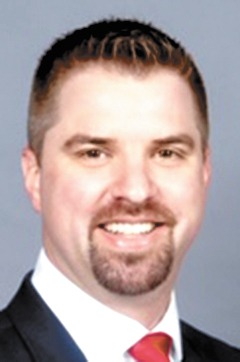 MANCHESTER – Brian Keane, an agent for New York Life in Manchester, has earned membership in the Million Dollar Round Table for 2019. Achieving membership in MDRT is a distinguishing life insurance career milestone, attained only by those who have demonstrated superior professional ... 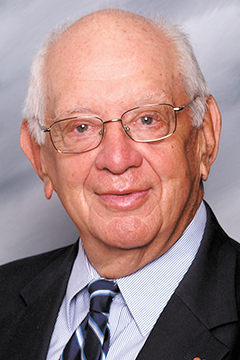 Prolman qualifies for Top of the Table honor

MANCHESTER – Outstanding client service, ethics and professionalism have elevated Earl Prolman of New York Life’s New Hampshire General Office to qualify for the exclusive Top of the Table of the Million Dollar Round Table – The Premier Association of Financial Professionals. In ...