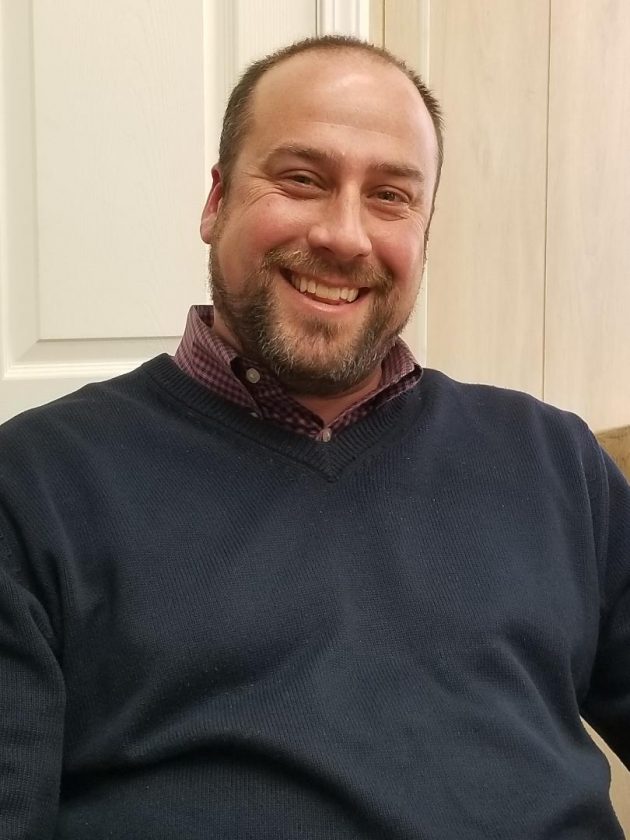 NASHUA – John Creedon, Jr. doesn’t exactly who said what when and first. But he knows that the idea of him buying the Nashua Silver Knights from Drew Weber was something he and Weber had gone back and forth about for a few weeks, until they finally reached an agreement last week.

And owning at least another collegiate baseball league franchise is something he’s looked to do for a few years.

“Within the last month, I forget how it all came up,” Creedon, Jr. said on Tuesday at Holman Stadium, where he held meetings for much of the day. “The idea was always intriguing to me and to Dave Peterson (Worcester Bravehearts general manager), ever since our trip out to Wisconsin in 2015, where we saw this model work with some franchises in the Northwoods League.

“So this idea has been in our minds since then.”

Creedon, Jr. said he had been looking the last few years for anyplace to expand the collegiate baseball model.

“We’re always looking or considering opportunities that might come our way,” he said. “We want to be smart about it. We don’t want to expand for the sake of expanding – we want to make sure it’s the right community, the right facility. All the factors for a successful franchise would all line up. …

“For us, this is a logical growth step. It makes sense in a lot of ways from a business perspective.”

And that’s why he chose to make those talks with Weber more serious about Nashua.

“The ballpark is a jewel, and Nashua’s got a tremendous baseball history,” Creedon, Jr. said. “The community’s intriguing and I know it’s very supportive of the team. … There’s a lot to like about Nashua Silver Knights baseball.”

And a lot to be done. Creedon, Jr. is meeting with Nashua Mayor James Donchess later this week, and obviously the lease, which Weber was ready to renew under the previous lease’s terms of three years, has to be discussed, etc. But until he speaks with Donchess and city officials, Creedon, Jr. wasn’t going to get into specifics.

“That’s a very important component to any sports franchise,” Creedon, Jr. said. “We want to be a good partner to the city of Nashua, the community of Nashua, to the families, be good stewards of this ballpark and the Silver Knights.

With Opening Night less than three months away, time is of the essence. How much work needs to be done to prepare for the upcoming 2019 season is still something Creedon, Jr. and his staff have to determine. There’s been no word as to how the front office will look, etc.. Creedon, his father, John Sr., and Peterson were meeting Tuesday with current Silver Knight co-GMs Victoria Cookson and Michael Broderick. But there’s not a lot of specifics ready at this point.

“Victoria and Mike have done a nice job teeing things up for the season,” Creedon, Jr. said. “We’re in the process of studying where things are right now, capture the momentum, and keep moving forward. … We understand it’s quite an undertaking and a compressed time frame here. We’ve got a lot of work ahead of us, we’re well aware.”

Creedon, Jr. has also reached out to team vice president of player personnel and field manager B.J. Neverett, but the two hadn’t yet connected as of mid-day Tuesday.

But the baseball end of things, he says, is the least of his worries; the Creedon family runs a catering/tent/hospitality company in Wocester known as Creedon And Co., and the Silver Knights new owner said the fan experience is where the focus will be. “The food and the hospitality of the fan experience is a huge focus for us, both in Worcester and it will be in Nashua as well,” he said.

Creedon, Jr. sees his ownership as a good fit, seeing as the lease is also a concessions agreement for all events at Holman, and he runs a catering company.

He did say did say that Peterson will play a big role “making sure that the Nashua team operationaly is keyed up for success,” and credits Peterson with a lot of the Bravehearts’ success.

Creedon, Jr. knows that one advantage to Nashua is the City Hall support, citing the current renovation of the luxury suites – which he doesn’t have at Hanover Insurance Park – and the new video board installed last season. There’s not one in Worcester, either, which makes what his ownership has done to make the Bravehearts such a huge business success even more remarkable.

“It’s been a labor of love for us for five going on six years now,” he said. “We’ve got outstanding people who have been able to build it up from scratch. What we’re most proud of is we’ve grown our model in Worcester year over year.”

He’s felt the Bravehearts have bucked the sports franchise trend of early success that isn’t sustainable. When he decided to buy the Silver Knights, what was the tipping point? There may have been many.

“A number of things lined up,” Creedon, Jr. said. “First of all, Drew is just a prince of a guy, he’s been wonderful owner of this team and the Lowell (Spinners) before that. … That we can kind of keep his legacy going is wonderful.

“And again, from our perspective, we’ve had something like this in mind for years now.”

And if it could be done in the Futures League, all the better. Creedon, Jr. knows that there have been a lot of changes in the FCBL the last couple of years.

“There’s been transition in the league, obviously,” he said. “But I think we’re on solid footing right now. My personal opinion is the best days of the Futures League is ahead.”

Meanwhile, one has to wonder about the Bravehearts future with Worcester set to be the new Triple A home of the Boston Red Sox in a couple of years.

“It remains to be seen, I’m not sure anyone quite understands the impact,” Creedon, Jr. said. “I can just tell you we focus on the things we can control, we’ve done a heckuva job the last five years with the Bravehearts. I don’t see any reason to change the course there. We’re not shifting focus by any means. What we’re doing is broadening and expanding our focus. We’re going to be equally focused on franchise in Worcester and the franchise in Nashua.”

What does Creedon, Jr. want to see with the Silver Knights a month from now? He wants in that time his group to have reached out to the community.

“I’d like to know we’re going to have a lot of fans already planning on being at Nashua Silver Knights games this summer,” he said. “In one form or another – whether it’s tickets, or outings, we want to be the thing to do in Nashua in the summer time.”