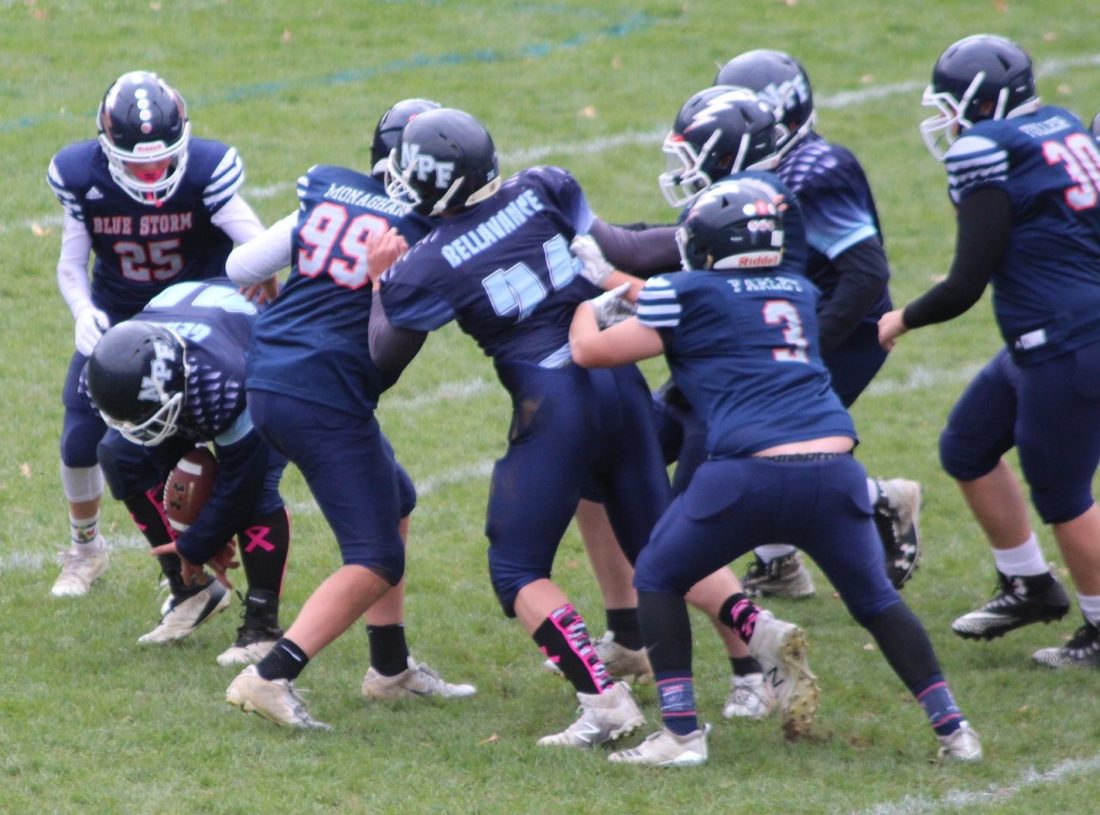 Courtesy photo Nashua's Rocco Geraci recovers a fumble in a recent PAL 13U win over the Blue Storm.

The Nashua PAL Force 13U football team topped Windham, 22-13, and was scheduled to face Pelham this weekend in the state title game.

Derek Finlay got the scoring going early with a touchdown run and PAT kicks, while Jack Peters made a splash with two rushing TDs to add to PAL’s early lead.

Here are the award winners:

The Tiny Mite and Division 8 teams gave their best performances of the season.

All four teams that were eligible to place and advance to the New England Regional Spirit Competition set for Nov. 17 at Manchester’s SNHU Arena were able to secure their spots.

The four advancing teams will continue to work on their skills and perfect their routines for Regionals with the hope of advancing further to the AYC National Spirit Championships held in Kissimmee Florida.

All area youth groups such as CYO, Biddy Basketball, church groups, etc. as well any other interested area boys and girls between the ages of 8 and 13 are eligible to participate in the 47th Annual Greater Nashua Elks’ “Hoop Shoot” Free Throw contest on Saturday Dec. 1 in the Elm Street Middle School Gymnasium on Chestnut Street, starting at 8 a.m.

There is no charge or fees to participate in the Elks Hoop Shoot Free Throw Program.

The competition is open to interested youths from the Hudson, Litchfield, Nashua, Hollis, Brookline, Amherst, Milford, Wilton and Merimack.

A youth’s age on April 1, 2019 will determine his or hers appropriate age division.

Trophies will be presented to the top three in each division. Contestants will shoot five warmups before shooting 25 free throws for score, and must wear basketball or tennis shoes to compete.

T-shirts, slacks or pants may be worn but basketball uniforms are preferred, but not necessary.

As each age category is completed, contestants may leave. The entire contest usually lasts about two hours, enabling any youths to make any scheduled league games elsewhere.

The competition goes from local, to district, to state, to regional, and then to the national level. National winners will have their names inscribed in the Basketball Hall of Fame in Springfield, Massachusetts.

The Nashua Cal Ripken League will be holding its annual Board of Director elections on Monday.

All positions will be open and candidates are being sought. The descriptions of each board position are listed in their by-laws at nashuacalripken.org

Anyone interested should read the roles and responsibilities of each and read the rest of the by-laws to understand how a non-profit 501C3 organization works.

Anyone interested including current members would need to send an email to secretary@nashuacalripken.orgby midnight on Oct. 28 to be a candidate.

Each candidate will be able to speak at the Nov. 5 meeting and there will be a paper ballot vote following. Interested candidates may reach out to current board members if there are any questions relating to a role.

The Greater Nashua Little League 10U All-Stars have joined the Jimmy Fund League, a circuit that provides the opportunity to play baseball after the regular season ends by participating in local tournaments and fundraising efforts, including canister collection car washes, etc.

Last year the Jimmy Fund Little League throughout New England and raised more then $250,000 for the Dana-Farber Institute. Contact the Greater Nashua Little League for details.

Nashua World Cup is now accepting registrations for both its World Cup Youth Soccer programs, a six-week program offered to youths ages 4-9 years of age looking to learn about the game of soccer, and the Spring Academy program for 7-8 year-old players ready for the next level.

Both programs are run by professional level coaching overseen by Patrick Mulcahy of In The Net Sports Academy.

For more information and to sign up visit www.nashuaworldcup.org or email patrick@inthernetsportsacademy.com. 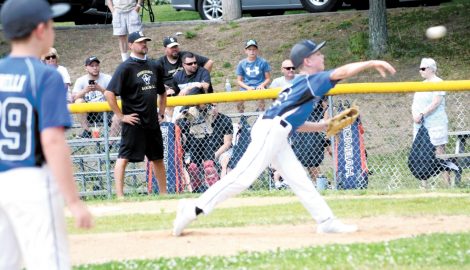