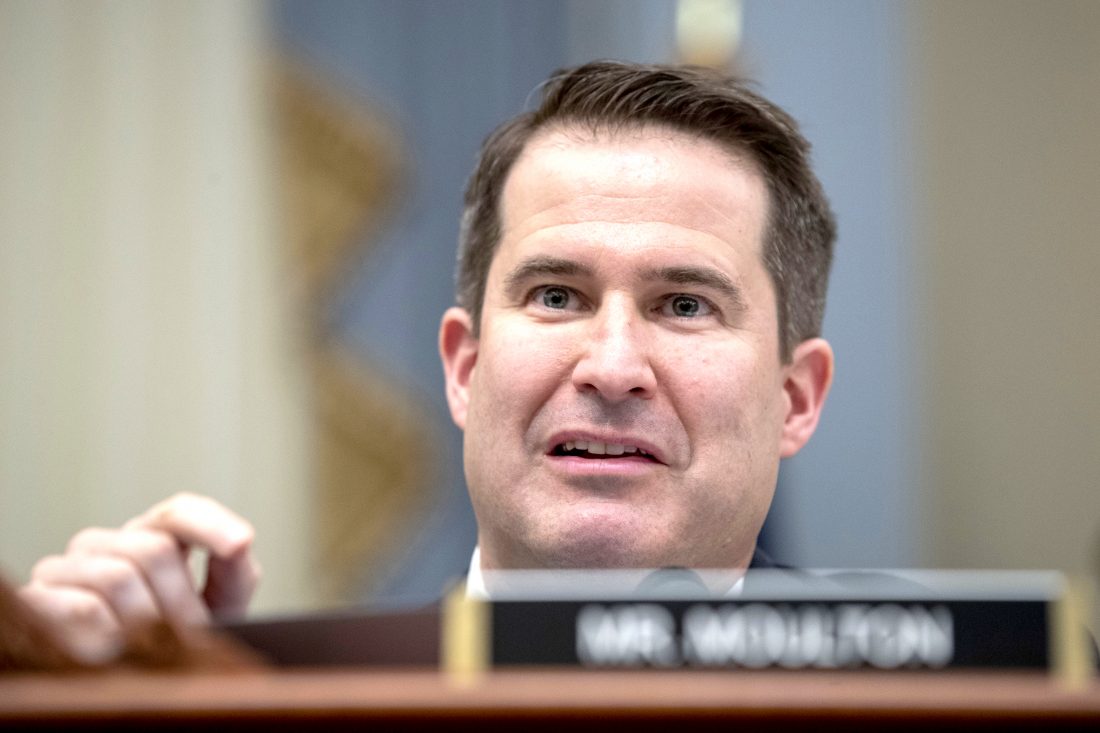 Moulton, a 41-year-old Democrat and former presidential hopeful from Massachusetts, said in a statement Wednesday that he began feeling unwell Thursday, with a low grade fever and a tightness in his chest he’d never felt before. Moulton said he also had a sore throat, though no serious cough, along with body aches and unusual fatigue.

His wife had similar symptoms, he said.

Well before experiencing the symptoms, Moulton said, he instructed staff members in his offices in Salem and Washington to work from home, except for two essential workers.

The House’s attending physician told him that because the symptoms are minor and a test would not change his treatment, he and his wife don’t qualify for tests, he said.

Moulton said that he has been steadily improving and that unless his symptoms worsen, he can end his self-quarantine Saturday.

James Taylor and his wife, Kim, have donated $1 million to Massachusetts General Hospital in Boston to support the fight against the spread of the coronavirus.

The gift announced Tuesday will support the hospital’s Emergency Response Fund, established in response to the Boston Marathon bombing in 2013.

The money will help the hospital direct resources where the need is greatest, whether for purchasing supplies and equipment, repurposing space, or furthering research, the hospital said in a statement.

Taylor, 72, has deep ties to the hospital. His father, Dr. Isaac Taylor, completed his residency in internal medicine, served as chief resident and conducted research there. James Taylor was born there in 1948.

Kim Taylor has served on the board of the MassGeneral Hospital for Children for the past five years.

“Kim and I want to be part of this fight. We have been so inspired by the courage and sacrifice of the health care heroes in the trenches who are working so hard to protect us all,” James Taylor, who lives in the Berkshire Mountains in western Massachusetts, said in a statement.

NO BOSTON LOCKDOWN — YET

Boston Mayor Marty Walsh said Wednesday that he’s not planning to issue a shelter-in-place order for the city — but that he’s also not ruling it out.

The city has hired the McChrystal Group, an advisory firm founded by former Gen. Stanley McChrystal, to help the city navigate the COVID-19 crisis. Walsh said the firm has been preparing Boston for potentially shutting down the city if needed.

Walsh also said he has put together a list of potential overflow sites for hospitals, medical personnel and the city’s homeless population.

“Unfortunately we’re going to have to build it,” Walsh said. “Hopefully we’ll never have to use it.”

Gov. Charlie Baker on Wednesday announced the members of the state’s COVID-19 Advisory Board, a group of medical experts who will meet weekly and advise on the state’s response to the pandemic, including ways to expand access to testing and planning for a surge of new patients.

The members are Dr. Scott Gottlieb, a resident fellow at the American Enterprise Institute and the former commissioner of the Food and Drug Administration; Dr. Rochelle Walensky, a Harvard Medical School professor and infectious disease physician; Dr. Paul Biddinger, director of the Center for Disaster Medicine at Massachusetts General Hospital; Dr. Michael Wagner, a primary care physician and interim CEO and Chief Physician Executive of the Wellforce health system; and Eric Lander, a geneticist and molecular biologist at the Broad Institute of MIT and Harvard.

Some Massachusetts communities, including Boston and Cambridge, have lifted their bans on plastic shopping bags.

There has been concern about reusable bags spreading the virus that causes the disease COVID-19.

“During this challenging time, we understand the retail establishments our residents rely on — like grocery stores, pharmacies, and restaurants — need added flexibility to best serve their customers,” Boston Mayor Marty Walsh said Wednesday.

For most people, the coronavirus causes mild or moderate symptoms, such as fever and cough that clear up in two to three weeks. For some, especially older adults and people with existing health problems, it can cause more severe illness, including pneumonia, or death.