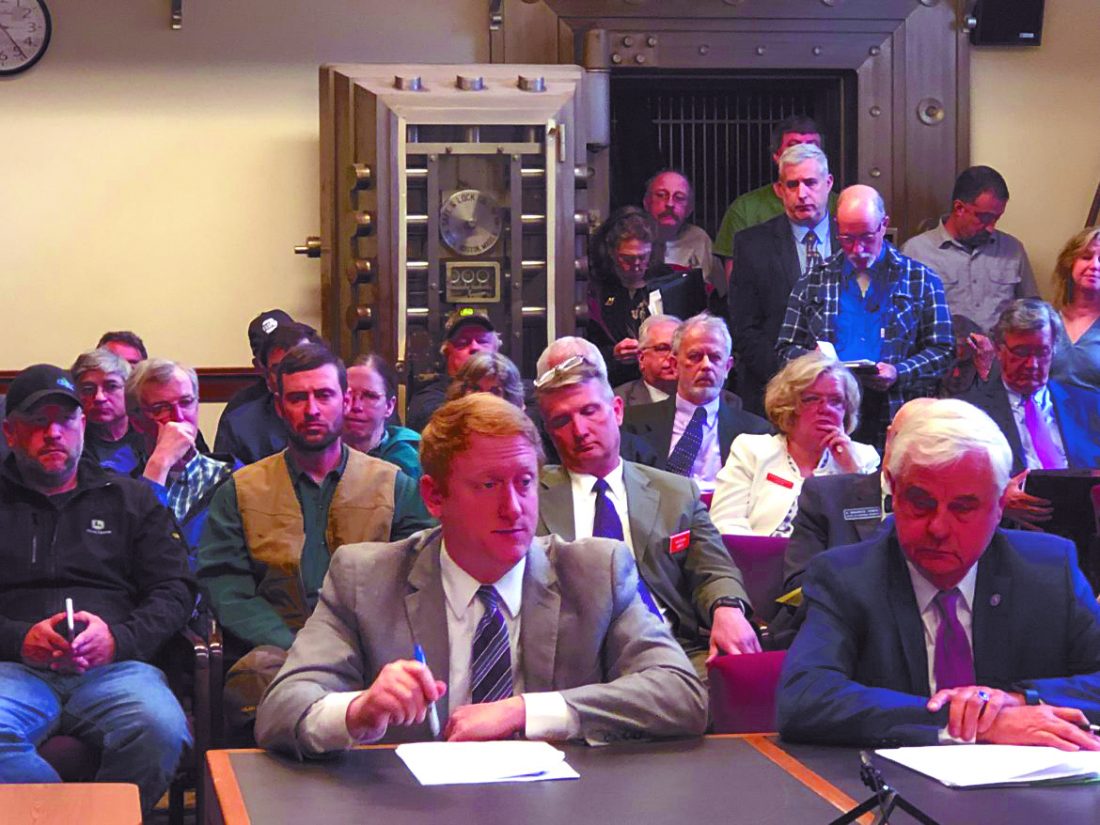 CONCORD – Charter schools, such as Nashua’s Academy for Science and Design and MicroSociety Academy, remain a contentious political issue in New Hampshire, as majority Democrats at the State House continue to stop a $46 million federal grant that would fund more of these institutions.

On Friday, members of the Joint Legislative Fiscal Committee tabled the $46 million, the third time the committee has voted on what would expand the number of charter schools in New Hampshire. However, the issue isn’t going away soon.

After the vote, Grant Bosse, spokesman for the Department of Education, said, “Commissioner (Frank) Edelblut will keep fighting for at-risk students and looking for ways to open up opportunities for their education.”

“Commissioner Edelblut may have made cosmetic changes, but this is still the same proposal Fiscal has twice rejected due to concerns over the sustainability of the funding which have been exacerbated by President (Donald) Trump’s move to slash this program in his budget proposal. Furthermore, Senator (Jeb) Bradley has filed a late bill relative to the Department of Education’s ability to accept federal funds and we must allow that legislative process to play out.”

Officials have scheduled a hearing on the bill for 1 p.m. Tuesday in State House Room 103. It would allow use of the money to fund existing positions and establish two temporary full-time positions.

Edelblut hasn’t commented on the bill, but plans to testify.

Sponsor Bradley, a supporter of charter schools, said he is expecting a large turnout at the hearing. He and others are perplexed about why the grant hasn’t been accepted when New Hampshire officials routinely accept other federal funding, Bradley said Friday.

“At a time when we are trying to enhance public education to provide more opportunities for at-risk kids, we need a broader debate than just the Fiscal Committee,” Bradley said.

Volinsky called a new analysis unveiled by Edelblut on Wednesday politically motivated. Edelblut released a report which he said shows charter school expansion could save taxpayers from $62 million to $178 million during the next decade.

Volinsky said the release was timed to coincide with Gov. Chris Sununu’s State of the State address.

“The conclusion of substantial savings is at odds with all analyses to date,” Volinsky said. “The conversion of public schools to charter schools is reminiscent of the Private Academy Movement that was used in southern states to create a shadow school system designed to undermine desegregation. New Hampshire should focus on supporting its public schools, not creating schools that depend on private fundraising efforts that can sway the impartial purpose and objectives of public education.”

“Commissioner Edelblut has given the Fiscal Committee multiple bites at the apple now, but Democrats are still refusing to help kids. The vote to table the grant today is just more sour grapes from Democrats,” Hinch said. “Students do not learn in a one-size-fits-all environment and it’s extremely disappointing to see the Fiscal Committee, once again, denying New Hampshire children increased opportunities for educational success.”