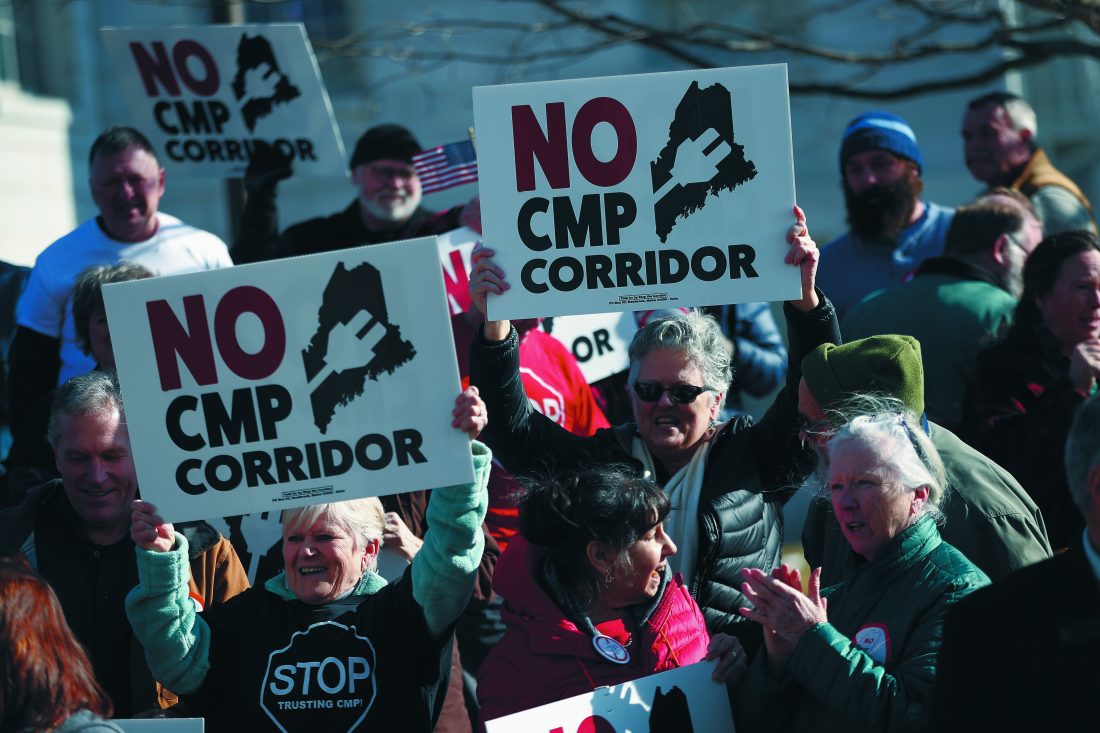 Supporters of "No CMP Corridor" attend a rally after submitting more than 75,000 signatures to election officials at the State Office Building, Monday, Feb. 3, 2020, in Augusta, Maine. Opponents of a proposed $1 billion transmission line aimed at bringing Canadian hydropower to the New England grid collected more than enough signatures to put the proposal to a statewide vote, officials said Monday. (AP Photo/Robert F. Bukaty)

Officials from “No CMP Corridor” submitted more than 75,000 signatures to election officials on Monday. That’s well above the 63,000 signatures that must be certified to meet the threshold to appear on the November ballot.

“Mainers should have an opportunity to have a say on this project, and to defeat it once and for all,” said Sandi Howard from “No CMP Corridor.”

Under the proposal, most of the 145-mile transmission line would follow established utility corridors, but a new swath would be cut through 53 miles of wilderness in western Maine to the Canadian border on land that the Maine utility owns.

Supporters say the project will reduce reliance on fossil fuels, lower carbon emissions and reduce electricity costs across the region — at no cost to Mainers.

But critics accuse the utility of underestimating the environmental harm and failing to take into account the potential harm to homegrown solar, wind and biomass projects in Maine. They also questioned the long-term gains for Maine ratepayers.

“There are many reasons that this corridor is bad for Maine. And we welcome any ally who wants to help us defeat the corridor,” Howard said.

Maine Gov. Janet Mills doesn’t intend to play a role in the referendum campaign, but she remains a supporter of the transmission project after the utility proposed $258 million in incentives, including electric vehicle charging stations, subsidized heat pumps and rural broadband funding.

Central Maine Power’s parent company, Avangrid, has spent more than $2 million on a public campaign aimed at educating people about the project’s benefits like removing carbon from the atmosphere that’s the equivalent of more than 700,000 vehicles.

Those companies stand to lose “hundreds of millions of dollars” and want to defeat the project, he said.

The idea for the New England Clean Energy Connect was conceived to meet Massachusetts’ clean-energy goals and embraced after New Hampshire regulators pulled the plug in 2018 on a proposal to have a transmission line pass through their state.

Howard said she disagrees that the project would cut carbon emissions. But she said there are other projects that Massachusetts could pursue if it wanted to access Canadian hydropower. That includes a more costly project in Vermont that already has received permits, but that would cost about $600 million more.

The Maine Public Utilities Commission and the Land Use Planning Commission have given their blessings. But the Department of Environmental Protection and the U.S. Army Corps of Engineers haven’t issued their decisions. 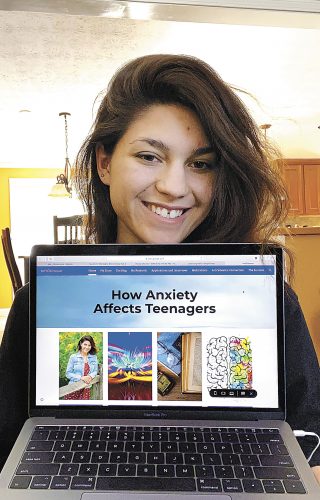