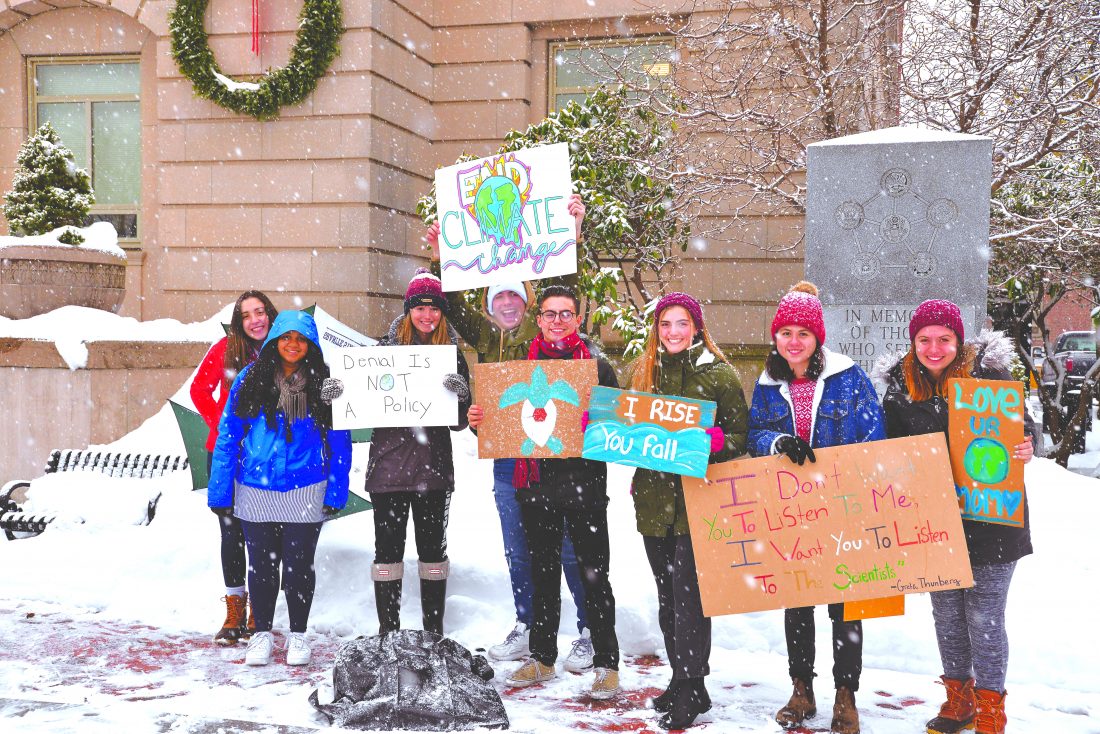 NASHUA – Fears of wildfires, hurricanes and melting ice caps continue growing among America’s youth … even amid ongoing bouts of snow in New Hampshire.

Despite the Friday afternoon snow event, high school students from throughout Greater Nashua engaged in a protest against the fossil fuel industry during a climate change rally in front of Nashua City Hall.

“Once the temperatures have risen to a certain degree, it will be irreversible,” said Siena Moskun, 17, of Hollis Brookline High School.

Moskun and Nashua High School North’s Caroline Sweet, 18, began organizing the rally two weeks ago. To them, climate change must be addressed as soon as possible.

“The effects on severe storms, on wild fires, those things will continue to get worse, and if we don’t act in a timely manner, there will be no stopping it,” Moskun added. “That’s really the reason I’ve decided to devote my time to it now because there is no other time than today because things will keep getting worse.”

The co-organizers are passionate about environmentalism, and with various other youth organizations fighting a similar battle, Moskun recognizes this is just the beginning. She said they looked at what other organizations are demanding and how they structure their events, but chose to take their own path with this rally.

Furthermore, some of moskun’s motivation came from what well-known student activist Greta Thunberg has begun. She also considered other youth movements. She said this is an important moment in history for youth activism.

“The goal is that people will walk away and do something tomorrow to help prevent climate change – to get inspired today, but really understand that the fight is just starting, and that the pressure on big corporations, fossil fuel companies and on the government needs to continue,” Moskun added.