Democratic frontrunner Biden to appear with Kerry on Sunday 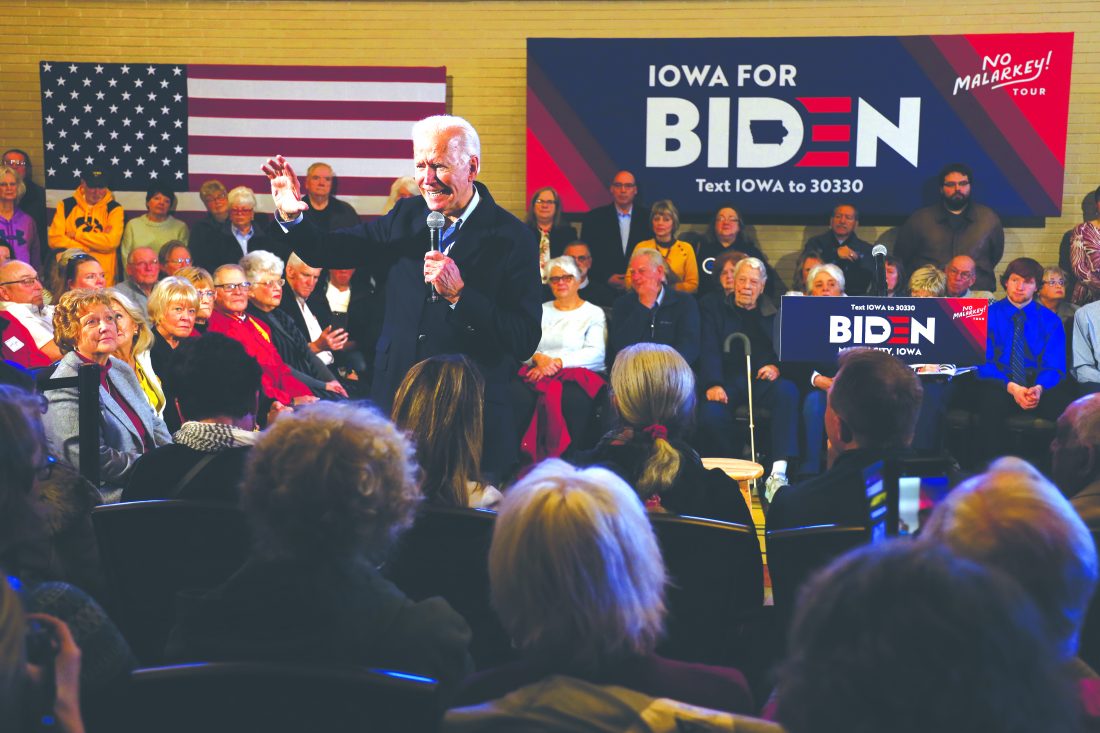 Kerry, who failed to win the 2004 general election against Republican President George W. Bush after capturing the Democratic nomination, is formally endorsing his longtime U.S. Senate colleague in the 2020 Democratic presidential race. Biden and Kerry are scheduled to appear together during an event set for 11:15 a.m. Sunday at Nashua Community College.

“Joe has never shied away from a challenge. He has never lost his heart, his middle class Scranton values, his honor, his resilience, or his belief in putting country above all else,” Kerry said in making his endorsement.

“Joe will defeat Donald Trump next November. He’s the candidate with the wisdom and standing to fix what Trump has broken, to restore our place in the world, and improve the lives of working people here at home,” Kerry added.

“I’m so proud and so humbled to have @JohnKerry’s support. He is an American hero, statesman, visionary, and friend. His endorsement and partnership mean the world to me,” Biden said via Twitter.

One clear difference in the top-tier candidates battling for the Democratic nomination continues to be the approach to health care. Bernie Sanders of Vermont and Elizabeth Warren of Massachusetts want to increase federal spending by about $20 trillion to fund a Medicare for All plan, while Biden does not.

“Create a Medicare for All, single-payer, national health insurance program to provide everyone in America with comprehensive health care coverage, free at the point of service. No networks, no premiums, no deductibles, no copays, no surprise bills,” Sanders states on his website as his goal.

Warren’s website states: “Elizabeth supports Medicare for All, which would provide all Americans with a public health care program. Medicare for All is the best way to give every single person in this country a guarantee of high-quality health care. Everybody is covered. Nobody goes broke because of a medical bill. No more fighting with insurance companies.”

Meanwhile, Biden has emphasized that he does not support Medicare for All. His campaign spokeswoman, Kate Bedingfield, has aggressively attacked the plans espoused by Sanders and Warren, claiming they would “kill almost 2 million jobs.”

Instead, Biden favors a $750 billion public option as an expansion of Obamacare, which is more formally known as the Affordable Care Act.

“He’ll also build on the Affordable Care Act with a plan to insure more than an estimated 97% of Americans,” Biden’s website states.

The U.S. Census Bureau sets the country’s current population estimate at about 330 million. If 97% are insured, that means about 10 million people would go without health care coverage.

For his part, Pete Buttigieg of Indiana said his approach to health care is “Medicare for All … Who Want It,” a strategy similar to Biden’s, although Buttigieg estimates the price tag for his plan at $1.5 trillion, double that of the vice president’s estimate for his concept.

“You’re not free if you don’t have health care coverage, which is why we have to make sure there’s no such thing as an uninsured American. And I trust you to figure out whether and when you want a public plan – and if you’d rather be on a private plan, that’s all right by me. I trust you to make the right decision for yourself,” Buttigieg said on Thursday while campaigning in Milford.

Karen Sullivan is a spokeswoman for Covenant Health, the parent company of Nashua’s St. Joseph Hospital. The Telegraph asked multiple Greater Nashua hospital officials for their take on the health care debate, but Sullivan was the only one to respond.

“We are following the debate on health care reform closely, as we understand that the government plans are important safety nets for many. It is early in the process and we know that there will be many compromises and changes that occur as bills are formulated and debated by Congress.

That said, the foundation of our mission is service to the poor and underserved. Access to affordable health care is central to our commitment to our communities. Like our founders before us, today, we are focused on providing all those who seek services from our providers and our hospital with the very best care in a timely and cost effective manner.”