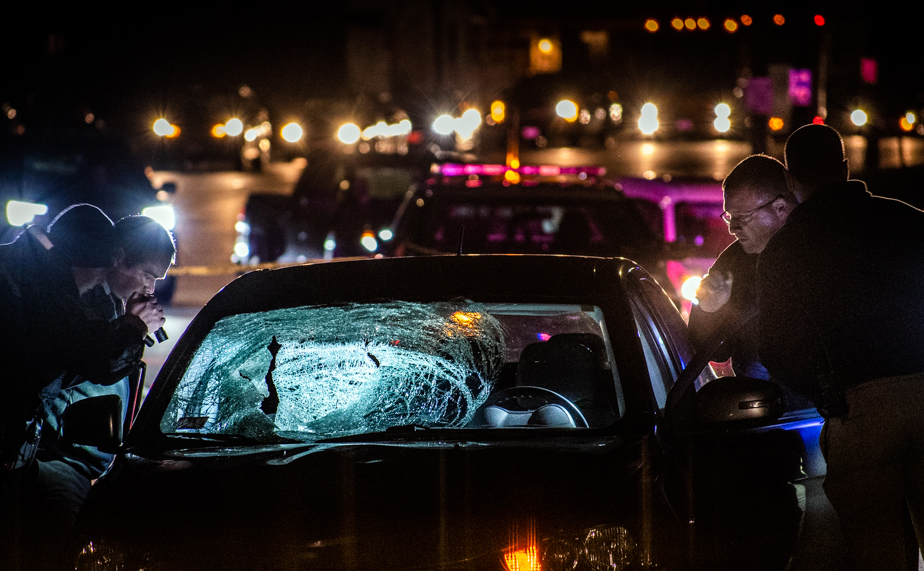 NASHUA – When someone burst into Fotene’s Market around 5:30 p.m. Wednesday relaying the news that a person had just been hit by a car and was lying motionless in the road, store clerk Codie Jensen instinctively headed for the door.

“I ran out … someone was doing CPR, and someone was on the phone with 911, so I just tried talking to him,” Jensen said Thursday in between helping customers at the popular neighborhood market.

When she reached the badly injured man’s side, Jensen immediately recognized him as Richard Murphy, an “on-and-off-again regular” at Fotene’s who had been coming in at least since Jensen began working there more than four years ago.

Police said later Thursday that Murphy, 55, was pronounced deceased shortly after they, along with Nashua Fire Rescue and AMR ambulance personnel, arrived at the scene.

They said the driver of the car that struck Murphy is cooperating with the investigation. Police didn’t identify the driver, other than describing him as a 46-year-old man.

The car, which has Massachusetts license plates, sustained some front end damage, but its windshield was shattered in its entirety.

Police closed the westbound lane of West Hollis Street, which reduced traffic to one lane and caused significant traffic backups in both directions.

Police requested a representative of the New Hampshire Medical Examiner’s office respond to the scene, and officers with the department’s Collision Reconstruction Unit arrived a short time later to conduct their on-scene investigation.

Jensen, the Fotene’s clerk, said the collision happened in the westbound lane about 200 feet east of the market, near the intersection of West Hollis Street and Norma Drive.

Across West Hollis just steps away is the entrance to Westgate Village, a large development where Murphy had been living, Jensen said.

She recalled Murphy as ” a very nice guy” who was “kind of shy.”

“It’s just … shocking,” she added, gazing out the store’s front windows toward the area that less than a day earlier was jammed with emergency vehicles and somber-faced onlookers.

Police ask that anyone who witnessed the accident or who may have more information to contact the department’s Criminal Investigation Bureau at 603-594-3500.