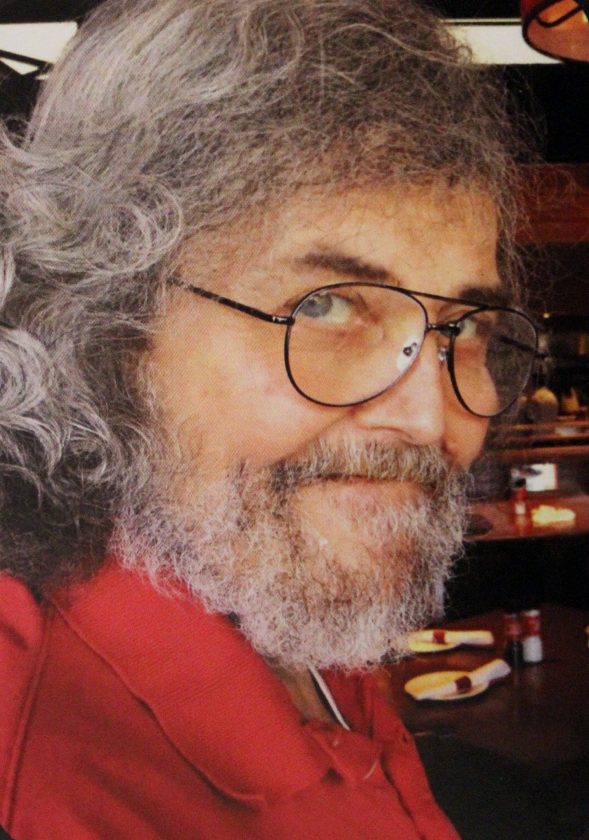 Drummer “Dirt” Munson of Aces & Eights fame laughed, sometimes through tears, as he recalled some of the highlights of a nearly lifelong friendship built upon too many of those highlights to count.

“A brother from another mother” is how Munson likes to describe his late pal, David “Bear” Dionne, whose passing earlier this year still is fresh on the minds and in the hearts of so many folks with their own personal “Bear” stories and yet even more who were grateful just to be able to call the big guy “friend.”

“My brother … we laughed so much. We had way too much fun,” Munson told me the other day, before paying his late friend the ultimate compliment: “He taught me how to be cool.”

Dionne had been battling health issues on and off for quite awhile when he passed in February, just a week after turning 69. His final weeks, Munson said, were filled with doctors appointments and discomfort, but also with quiet – and sometimes not-so-quiet – reminiscing with Terri, Dionne’s wife of 30 years, and visits by his Aces & Eights brothers and so many others who stopped by to wish him well – and, of course, share a couple of laughs.

Also becoming an issue were the mounting medical bills and related expenses, an inevitable reality in a nation that embraces a for-profit health care system designed to make some people wealthy instead of helping many people get better.

“I’ve been wanting to do something for them, even before Bear died,” Munson said, referring to a fundraiser of some sort that would help the Dionnes pay those bills.

But knowing those bills would keep coming well after Bear Dionne’s passing, Munson one day acted on his desire to help Terri and the family out.

“I picked up the phone and called Nick, I said, ‘dude you’ve got to help me with this,'” Munson recalled, referring to Nick Tamposi, another member of the “brotherhood.”

Tamposi, of course, got on board, and pretty soon a good-sized representation of the brotherhood (and sisterhood, too) was asking what they could do to help.

Soon, a date was picked, the venue selected and the entertainment booked. Two of those were no-brainers: Of course, Alpine Grove would accommodate the event, and was there ever any doubt the Aces & Eights guys would sign on?

Never. Bear Dionne didn’t play music, but he loved all kinds, and was as much a member of Aces & Eights as the boys who, for 50 years now, have gone up on stage and made the music everyone still loves to hear, and see, them play.

So it’s all systems go for the “Benefit to Remember Our Brother Bear,” which takes place Nov. 16 at Alpine Grove’s Skylight Room.

Tickets, not surprisingly, are going fast, and organizers recommend getting them sooner than later.

Munson, meanwhile, can’t help but boast a little when he talks about Dionne’s role with Aces & Eights.

“He was my personal roadie,” Munson said. “He brought in my drums, set them up, then at the end of the night broke them down and rolled them out to the truck. I never had to touch them,” he said.

Tamposi, meanwhile, said Dionne’s passing was yet another blow to the “brotherhood” Munson described.

“We’ve lost so many good brothers,” Tamposi said, tossing out several names off the top of his head. From the moment Munson called him, he added, there was never a doubt in his mind he’d do what he could to help arrange an Aces gig to help out Dionne’s family, especially Terri, his widow.

“It was Dirt’s idea to do a tribute to Bear,” Tamposi said of Munson, and to “raise some funds for Terri. It didn’t take long to rack up a lot of outside expenses.”

“It’s all in honor of Bear … because everyone loves the Bear,” he said.

Added Munson, “this is a brotherhood like no other.”

Dean Shalhoup’s column appears Sundays in The Telegraph. He may be reached at 594-1256 or dshalhoup@nashuatelegraph.com