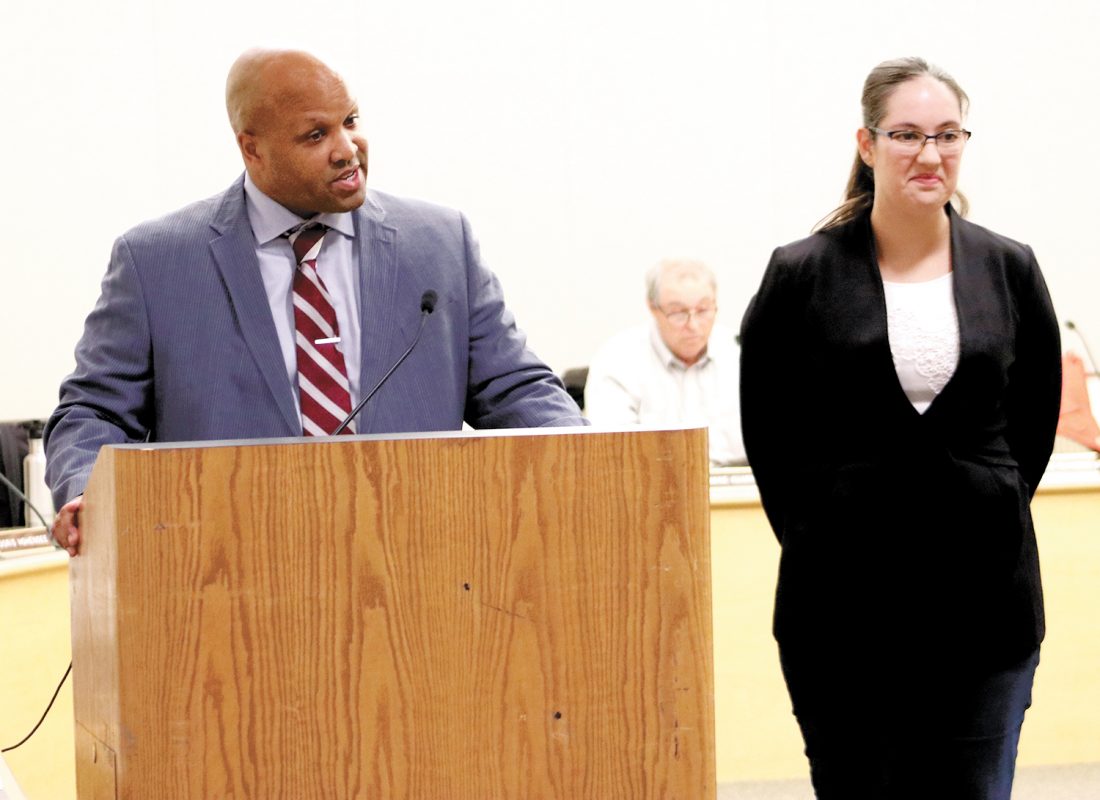 Last Monday, Fairgrounds Middle School parent Chad LaCrosse shared videos that were filmed of his daughter being repeatedly hit by another female student in the face at the school after he felt there was nowhere else to turn.

According to LaCrosse, the bullying began on Sept. 26 when threats were made that his daughter was going to be jumped at the school by a group of girls with whom she had previously been friends. A video was filmed the next day by one of the girls, which showed LaCrosse’s daughter being grabbed by the hair and punched in the face more than 10 times.

Threats continued and just more than a week later, LaCrosse’s daughter was once again targeted the bullies. This time, it was a different girl in the group who allegedly attacked his daughter, and allegedly punched her more than 25 times. The second alleged attack was also filmed by a student.

As a result the second attack, which occurred Oct. 7, LaCrosse’s daughter suffered a concussion and possibly a cracked rib.LaCrosse filed for restraining orders against the two alleged assailants and the orders are in effect until at least Oct. 23.

In the meantime, the girls accused of attacking LaCrosse’s daughter must stay at least 300 feet from her at all times. They are also prohibited from having any contact with her by any means, including in person, through a third party, by phone, or via social media.

During Wednesday’s meeting, several parents advocated for change among the district’s communication and handling policies.

Nashua resident Paula Finn suggested holding a boot camp for the kids who bully others or holding parents responsible, “and not having to jump through hoops.”

“I would like to know how we can go forward in stopping this,” Finn said.

Nashua resident Tom O’Loughlin suggested that the district provide a link specifically for parents that let them know what to do in the case of a bullying situation.

“I wanted to look to say, ‘Hey ahead of time if anything were to happen, what do I need to do?’ And it’s not there, at least what I could find,” O’Loughlin said.

Nashua resident and former Board of Education member Paula Johnson shared the experience of her son, who was bullied at Ledge Street Elementary School. The issue was then escalated at Elm Street Middle School and ultimately, her son had to switch schools.

“Rather than taking care of the perpetrator, the people who are hurting these children, the victims get moved to another school,” Johnson said.

She added, “This was back in the 90s. We’re talking about 2019 now. When I sat on this board in 2000 and 2001 we were dealing with the bullying policies. We were just implementing them. Who would think 19 years later this whole thing would be talked about again? Kids are unsafe in their environment where they go to school everyday which should be safe to them.”

Johnson said violent kids should be expelled from school, end of story.

“Victims shouldn’t have to leave their schools where their friends are. This is a sad thing for kids, our students in the school, and you need to do something with the policy. Whatever has to be done it needs to be corrected so the victims are not victims again at the schools,” Johnson said. “It’s about time this school district and the board steps up to the plate s0 that no student no child goes to school and comes home hurt.”

Wessel has a child who goes to Fairgrounds Middle School.

Wessel said she wanted to see something done for all students of Nashua.

“No one’s being held accountable for these policies,” Wessel said.

She added, “There’s not enough being done. I understand these teachers and administration are overworked, their understaffed and I have empathy for that but the bottom line is our students need to be safe and they need to feel safe when they’re there.”

In addressing the concerns of the parents, Superintendent Jahmal Mosley and Susan Porter spoke on the district’s five year Strategic Plan, which has built in a Student Behavior Task Force.

The Strategic Plan notes in its Executive Summary that the Nashua School District will form a district-wide taskforce to “examine and recommend developmentally and culturally appropriate norms for student behavior that align with the values of the district: integrity, trust, respect, empathy and tenacity.”

The task force will also explore the manner in which the district address student behavior through the lens of the whole child.

To do this, the task force will conduct an audit of the current discipline [practices and policies to determine whether current practices are effective or in need of improvement

It also noted that this task force will be made up of parents, building administrators, cross sections of teachers, school counselors, psychologists and other social workers a behavioral specialist and ELL representatives

Porter said, “I think that this is an important way to put something in place so that your concerns can be addressed.”

The task force is beginning to form and will look to continue its work in the next few months.

The conversation on the matter, which also includede a discussion on an emergency policy change for board policy JIC, relative to Student Behavior Standards by Doris Hohensee, extended past the Telegraph’s deadline. An update on the matter will be provided in the next edition of the Telegraph.

In other business, nine students from Nashua High School North and Nashua High School South were recognized by Mosley for being semi-finalists in the Merit Scholar Program ,one of the most prestigious scholarship programs in the country.