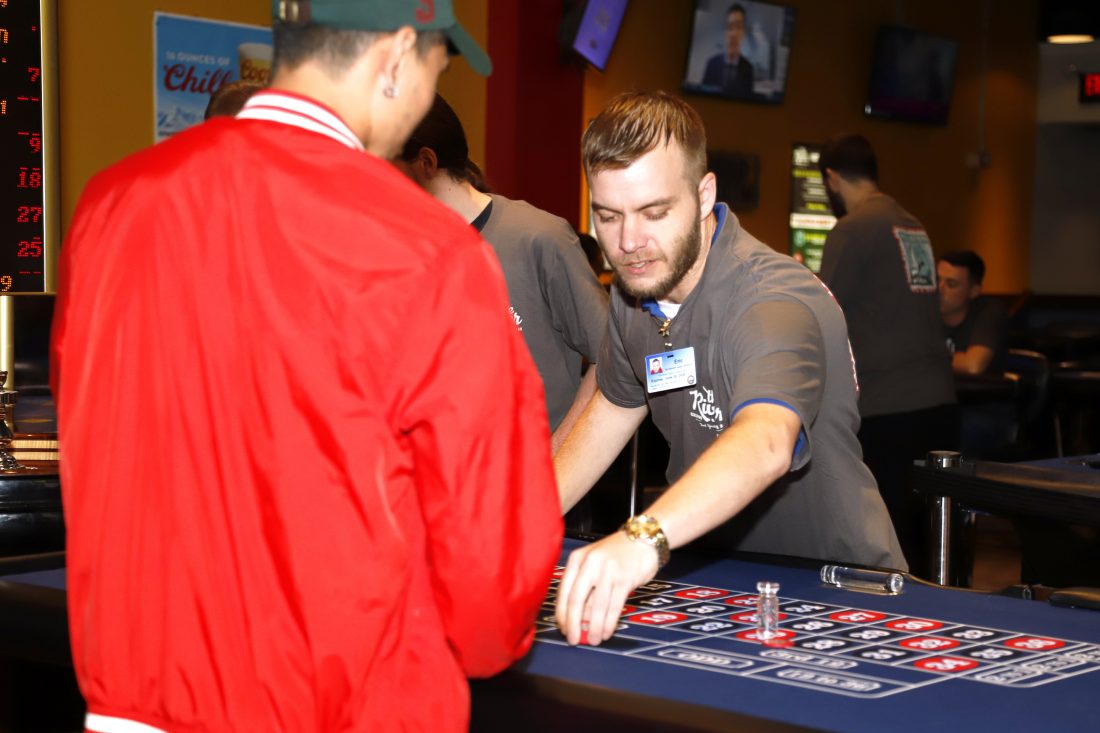 NASHUA – During a special Board of Aldermen meeting on Tuesday, city leaders listened to members of the public regarding sports betting in Nashua. The measure is slated to go before voters during the Nov. 5 municipal election.

If permitted, betting on just about any sports event will be allowed, as long as the event contest does not involved a college team based in New Hampshire. Gambling on college football and basketball, NFL football, Major League Baseball, NBA basketball, NHL hockey, soccer, boxing, UFC fighting, auto racing and numerous other sports would be within the rules.

In July, Gov. Chris Sununu signed legislation that authorized the New Hampshire Lottery Commission to conduct sports betting in as many as 10 locations throughout the state and five online books. Two of those 10 sports betting books may be located in Nashua at:

Two individuals spoke during the Tuesday public hearing, both in favor of bringing sports betting to the city. One was a resident, Alan Brouillard, while the other was River President and General Manager Jim Rafferty.

Brouillard, who lives at 20 Main St., spoke strongly in support of bringing sports betting to the city, going as far as bringing six tickets he legally purchased in the city of Las Vegas as evidence of his willingness to spend money on such gambling.

“I’ve made multiple visits to Las Vegas in my life, and one of the things I’ve always like about Las Vegas is making the sports wager or futures wager – who is going to win that Super Bowl, who is going win the next Stanley Cup,” Brouillard said.

In his testimony, he made it clear to the board that he would be one constituent willing to spend his time and money in New Hampshire, rather than going to other states for this form of gambling.

He also spoke to the differences sports betting has compared to general lottery games of chance, and its appeal as entertainment.

“Sports wagering is one of the very few wagers where you make an intelligent decision. Unlike buying a scratch ticket, unlike buying Megabucks, you have some direct thought process in what you want to do,” he added. “It’s entertaining. It can be very lucrative if you put time and research into it, and if it was allowed in New Hampshire, I would gladly, instead of driving to other states, spend time in the city.”

Rafferty, who owns the 53 High St. establishment and is also a resident of the city, said bringing sports books into his business would not only benefit the casino by adding a new type of entertainment, but it would also help the charities that receive a percentage of of the proceeds that would come from increased betting on other games.

“I just want to make a couple of points. I think that sports betting will do several things for us that are positive for our community,” Rafferty said to the board.

“It will provide more fun for the people of our city, and regional sports betters, gamblers, fun-seeking people that enjoy the environment that I provide in my business,” he continued.

“Sports betting will provide to my charity partners – 35% of all proceeds on our gaming side goes to charities,” Rafferty added. “That’s over $3 million the 12 years we’ve been doing this in the region.”

There was no testimony voicing opposition to putting sports betting on the ballot, while no BOA members spoke on the subject during the hearing.

However, before the session, Alderman Brendon Laws said he believes such gambling will be good for Nashua’s economy.

“I think we’re all pretty confident that it will be a good economic boon for (New Hampshire), and much of that money goes to nonprofits and education,” Laws said. “We have to get creative if we want to provide quality education to Nashua kids.”