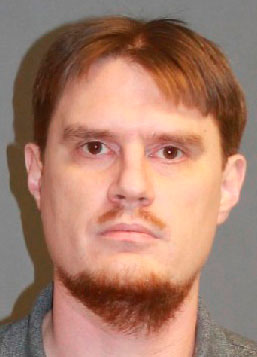 NASHUA – In the eyes of veteran Superior Court Judge Charles Temple, Matthew Verstraete, who stood before the judge Monday for his plea and sentencing hearing on charges of possessing child pornography, is “a unique, atypical defendant … who got involved in some horrible crimes.

“I have before me a very intelligent, but neurologically impaired individual,” Temple continued, as Verstraete listened intently from the defense table, where he was accompanied by his attorney, Michael Davidow.

Temple ultimately sentenced Verstraete to one and a half to 15 years in State Prison, stand committed, on 10 of the 15 charges of possession of child sexual abuse images, to which Verstraete pleaded guilty as part of an agreement reached with prosecutors.

On the five remaining charges, Temple sentenced Verstraete to five to 10 years in State Prison, all suspended for 10 years after his release on the stand-committed sentence.

The minimum stand-committed sentence is six months longer than the 12-month sentence Davidow recommended for his client, but is significantly less than the seven and a half to 15-year sentence Assistant County Attorney Nicole Thorspecken asked Temple to impose.

To review the case and ponder the sentence he would hand down, Temple called a recess following roughly two hours worth of arguments presented by Davidow and Thorspecken.

During his sentencing remarks, Temple spoke at length about Verstraete’s diagnoses of autism, bipolar disorder and depression, and the role they played in his determination of the sentence he would settle upon.

Police took Verstraete, 35, of 6 Heritage Village Drive, into custody in mid-January, charging him at the time with 10 counts of possession of child sexual abuse images. The charges, Class A felonies, accused him of having the images on one or more electronic devices he owned.

He was freed on personal recognizance bail at his subsequent arraignment, despite the objections of Assistant County Attorney Brett Harpster, who asked Temple to hold Verstraete on preventive detention.

Police in January said Verstraete’s arrest was the result of an investigation launched in August 2018, when police received a “cyber-tip” from the New Hampshire Internet Crimes Against Children Task Force.

Other conditions of the plea agreement include that Verstraete participate in counseling sessions “in accordance with the psycho-sexual risk assessment” conducted by Dr. Laurie Guidry, a clinical and forensic psychologist who testified at Monday’s hearing, and a treatment summary that was also presented to the court.

He must forfeit the electronic devices police seized from his residence during their investigation, and must also register as a sex offender on the state’s registry.

Verstraete, who had no criminal history until his January arrest, focused intently on Temple as the judge delivered his sentencing remarks. At times emotional, he occasionally glanced toward the gallery, where two people, said to be his parents, sat for the hearing.

At the conclusion of the hearing, Temple allowed the couple a few minutes with Verstraete before court officers escorted him to a holding cell to prepare for transport to State Prison to begin his sentence.

Temple, meanwhile, emphasized what he called “the tragic, senseless, horrific” nature of a crime “that knows no end.

“It never stops for these children, some of whom are adults now,” he said, recounting a letter he received from a victim of child pornography.

“I think this will be happening when I’m 40, when I’m 50,” Temple said, quoting the victim, pornographic images of whom continue to circulate on the internet.

Victims “never know what’s around the corner,” the judge said. “The absolutely tragic victimization of them … (images) are being shown over, and over and over again” online.

“In Mr. Verstraete’s case, it’s a crime of possession … there are no allegations of violence, no sales, no distribution” of the images, Davidow said.

“To say the (crimes) are only possession is not to minimize the seriousness,” he added, nor did he intend to “downplay how harmful they are to the victims” in urging Temple to “consider (Verstraete’s) challenges” in his sentencing order, he said.

Temple, meanwhile, told Verstraete he “didn’t see anything (to indicate) that you were trying to excuse” the crimes, and that the information “does explain that you were very vulnerable to this compulsive, fantasy-like behavior that totally took over your life.”

Based on what he’s seen and heard, Temple said, “there is no doubt in my mind that your autism, bipolar disorder and depression played a part in these crimes.”

Temple said that although “I do have to punish you,” he wants Verstraete to continue “on the treatment plan you’re on now; it’s a good one, it puts you on a path to rehabilitation.

That’s the ultimate goal of my sentence – to reform you,” he said.