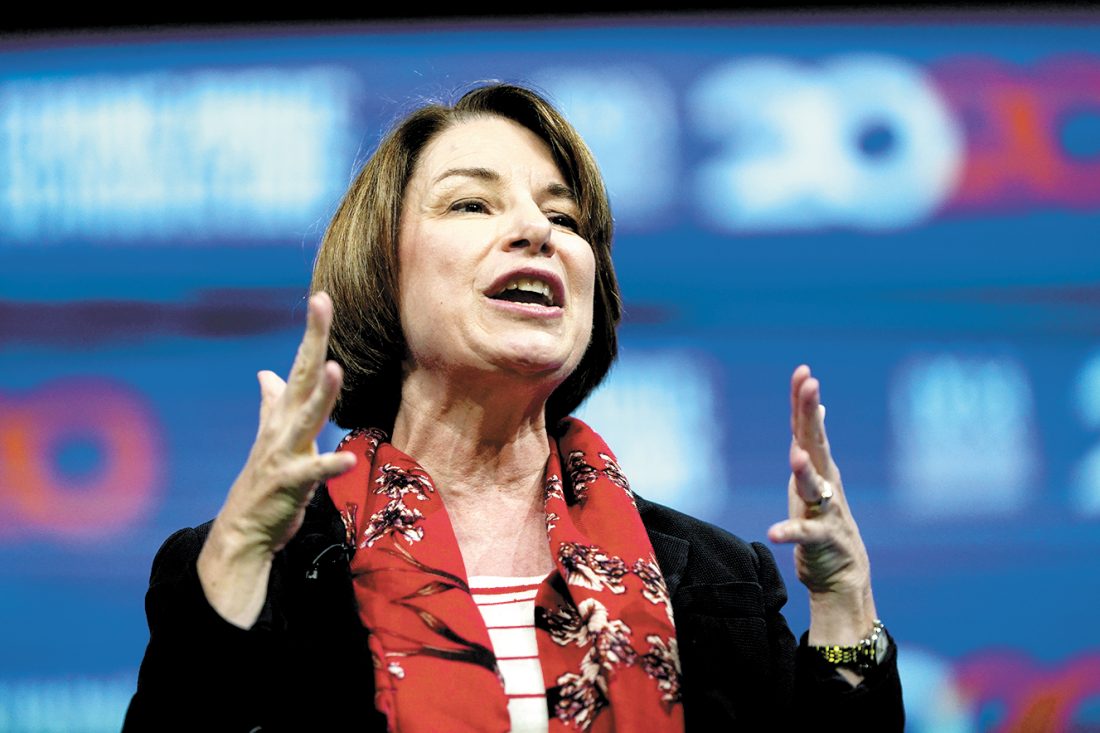 NASHUA – With more than six months to go before New Hampshire’s first-in-the-nation presidential primary, Democratic candidates are starting to get endorsements from party leaders and elected officials.

Even though polls show Minnesota’s Amy Klobuchar has some ground to make up in her efforts to win the nomination, the U.S. senator has some endorsements, including that of New Hampshire Executive Councilor Debora Pignatelli of Nashua.

“She answers questions directly and honestly. She doesn’t pander and she doesn’t bash other candidates,” Pignatelli said of Klobuchar. “Her work as lead prosecutor in a very large County Attorney’s office has given her executive experience. As a U.S. senator, she has been very responsible and clear-headed.”

“She is a graduate of Yale University and the University of Chicago Law School. She is strong and tough-minded and would be very presidential. She does her homework. She’d be a champion for the middle class. She is very committed to climate chaos issues, gun safety legislation and many other things in which I believe,” Pignatelli added of Klobuchar.

“You only have to watch Cory Booker in person to know why he’s the best candidate in this race,” St. John said. “I came away from his speech this weekend in Nashua inspired and ready to take action. Sharp, smart, passionate and driven, Cory’s vision for our country is ambitious and forward-thinking. He is a proven fighter who has taken on tough challenges and gotten results. His team is running a campaign that can truly win here in New Hampshire and across the country, and I’m excited to help them win.”

“Simply put, Kamala is the best candidate to beat Donald Trump in the general election. She has real solutions for many of the problems facing Granite State families, including our children’s public education and ensuring men and women are paid equally,” Boc said.

“Kamala Harris is exactly the leader we need at this moment. Not only is she well prepared to take on Trump in the general election, she is firmly committed to finding solutions for the issues keeping Granite Staters up at night,” DiMartino added.