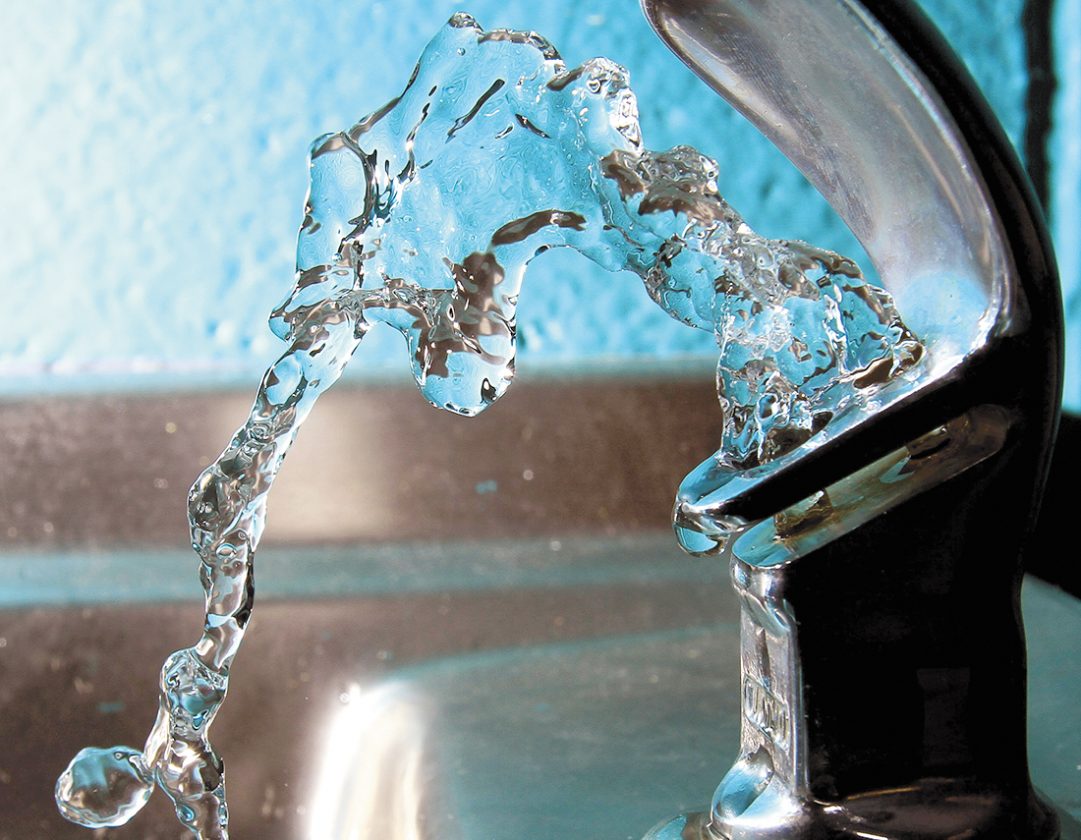 FILE - In this Friday Jan. 7, 2011 file photo, water flows from a water fountain in Concord, N.H. A New Hampshire legislative committee voted Thursday, July 18, 2019, to approve some of the nation's toughest drinking water standards for a class of toxic chemicals that have caused widespread contamination and sparked health concerns. (AP Photo/Jim Cole, File)

CONCORD (AP) – New Hampshire has voted to put into place some of the country’s toughest drinking water standards for a class of toxic chemicals that were once used in everything from firefighting foam to nonstick cookware but are now raising health concerns.

A joint legislative committee Thursday approved three measures allowing standards for compounds known as per-and polyfluoroalkyl substances, collectively called PFAS, to go into effect. New Hampshire now has the lowest standard for one contaminant known as PFOA and the second lowest for another known as PFOS after New Jersey.

“It’s important to protect the public health,” said Senate Majority Leader Dan Feltes, D-Concord, who voted for the measures and was one of the co-authors of the bill requiring the standards. “The water that comes out of the faucet is critical to protecting children, our families and our communities. These rules do that.”

New Hampshire Department of Environmental Services Assistant Commissioner Clark Freise, whose agency came up with the standards, said he expects other states to follow New Hampshire’s lead in working to address the contamination – as the federal government has put off any decision setting standards.

“Finding out you have contaminated water and it’s being served to your family is not something anybody wants to hear,” said Freise, who lives in a town where contamination has been found. “To now know we are moving down the road to making sure the public water systems are below these standards, and it is good clean water safe water to drink, everybody wants that.”

The PFAS substances have been dubbed “forever chemicals” because they persist in the environment and they have been increasingly found to be contaminating drinking water around the country.

More than 700 homes in New Hampshire whose drinking water was contaminated by the toxic chemicals have been connected to new water. The state estimates more than 100,000 other people eventually could be impacted. The contamination is the result of the chemicals leaking into groundwater from industrial facilities as well as a former a Air Force base.

Studies have found potential links between high levels in the body of one form of the contaminants and a range of illnesses, including kidney cancer, increased cholesterol levels and problems in pregnancies. In the case of New Hampshire, the state lowered the standards they proposed after reviewing a study that found toddlers could be exposed to PFAS through breast milk.

But the low standards have drawn opposition from municipalities and the business community in New Hampshire, some who worry about the cost of complying with the standards. Many wanted the vote Thursday delayed while others argued municipalities should be given years, not months to comply. Others worry that utility customers are going to be saddled with the costs of meeting the standards.

The state estimates it could cost as much as $190 million for communities to ensure they meet the new standards.

Republican Sen. Ruth Ward, who voted against the measures, said it was will “cost municipalities an incredible amount of money.”

“I understand that you want to lower the standard,” she said. “But without any idea of how much this is going to cost or how long you have to do it, it’s not fair.”

“We’re disappointed JLCAR did not postpone this agenda item to provide stakeholders an opportunity to assess the new MCLs,” Business and Industry Association President Jim Roche said. “The final proposed MCLs, released less than three weeks ago, left little time or opportunity for interested parties to properly examine and comment on the effects of the new MCLs. The final proposed MCLs are between 50% and 80% lower than those initially discussed. Such a significant difference between the original proposed MCLs and final MCLs should have led JLCAR to give stakeholders extra time needed to fully understand the new MCL standards, including the science and assumptions used to arrive at these new, much lower levels.”