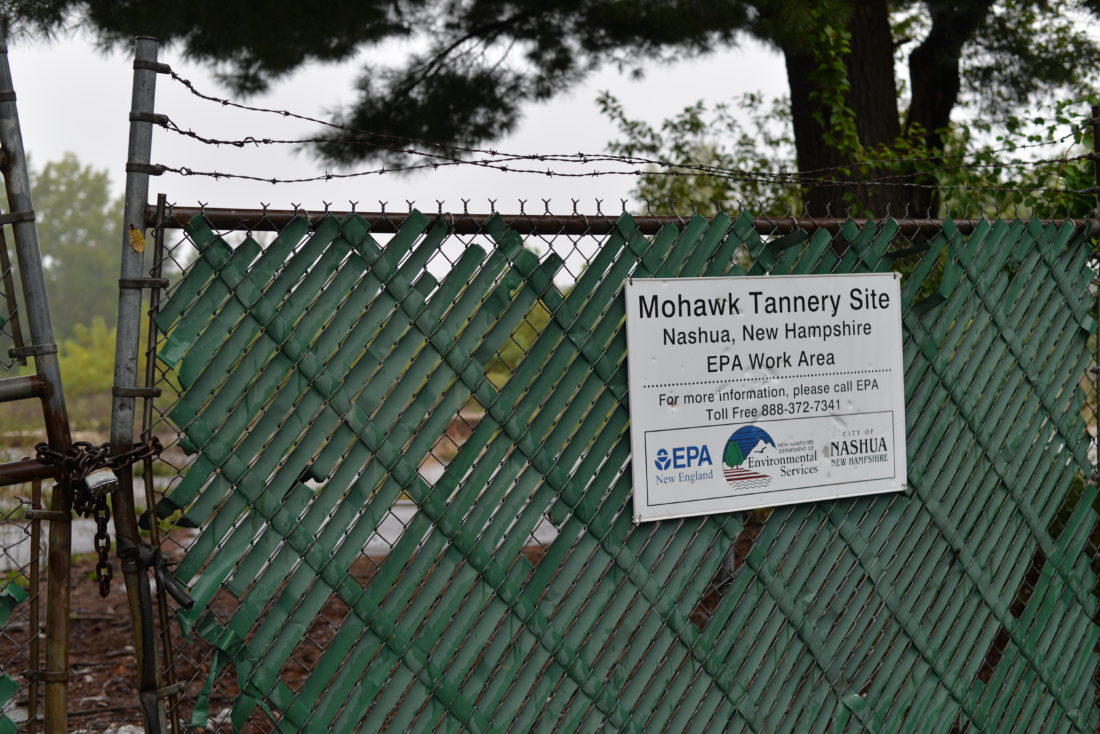 Barium, as well as carcinogenic dioxin and arsenic, the property along the Nashua River is an EPA Superfund site.

“The plan as it is conceived right now is to basically contain all that waste that is already in there by building a containment structure, or wall around it,” EPA Remedial Project Manager Gerardo Millan-Ramos told board members on Tuesday.

“The general idea or approach here is to basically consolidate all this waste in this area by building that secant wall first up to the soil level and then on top of it a containment wall that would hold the initial waste and then have it capped with an impermeable cap,” Millan-Ramos added.

New Hampshire and Rhode Island Superfund Section Chief Melissa Taylor said as a “back of the envelope estimate” to dispose of the Fimbel Door Landfill waste off site at a disposal facility would be about $6.5 million. However, some money could be saved, dropping that price tag down to around $4.5 million if no retaining wall is built.

“The proposal, as the neighbors understand it, has not been to clean up the lagoons – it has been to add more to them and then cap it,” Alderman Tom Lopez, Ward 4, said. “There’s a separate chamber that they are describing behind the two lagoons, but they also have a plan to pile stuff higher on the secant wall, if I understand correctly.”

“So, that’s definitely where the bone of contention is for the neighbors, in my opinion, understanding, that for this

development to happen, the city basically needs to move its garbage over to the Tannery project … pile it even higher using some new innovative strategies, rather than full removal,” Lopez said.

Earlier this year, the EPA hosted two public meetings in the city, during which time officials recommended treating and capping the contaminated soil on site, which would not result in contractors actually removing the contaminants from the site.

After Tuesday night’s meeting, the next step in this process will be a site tour walk with neighbors, set for 5 p.m. today. The idea for this is to show the main features of the site and provide a general overview of what it is that the EPA proposes to do.

During a September meeting, Mayor Jim Donchess collected community feedback, hearing what neighbors had to say about what they want to see happen. The idea of using microorganisms, such as bacteria, to break down biodegradable material was an interesting idea that came out of that discussion.

At least one real estate developer, Bernie Plante, believes he can successfully contain the toxic sludge and construct new apartments and condominiums at the site.