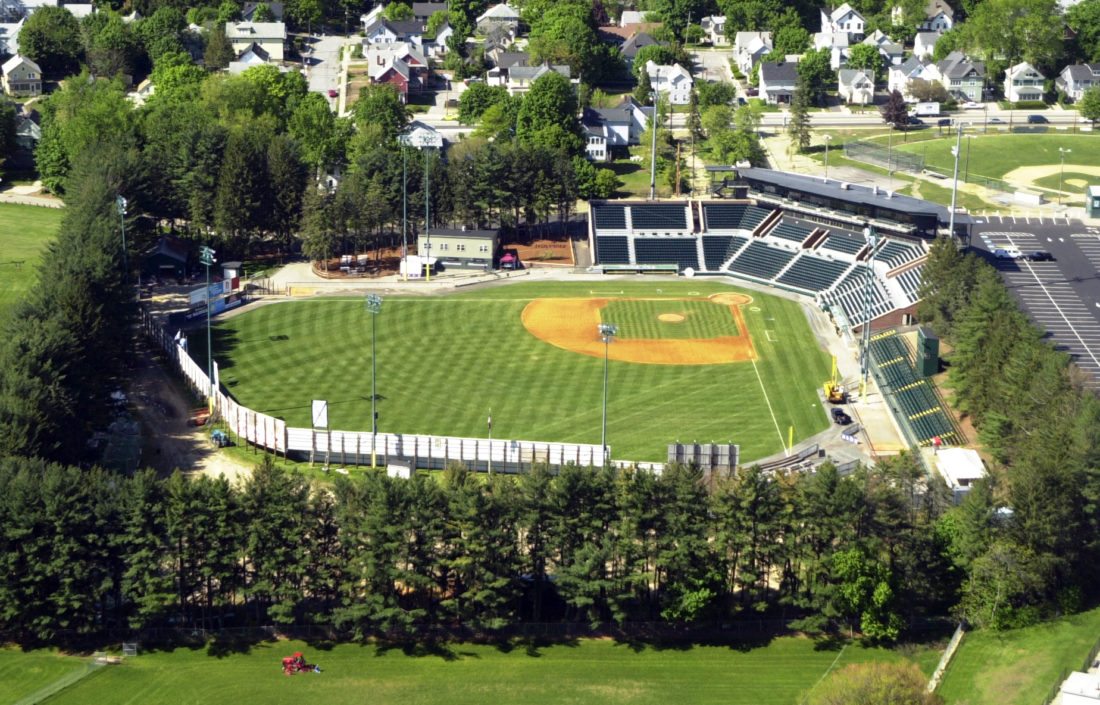 Telegraph file photo An aerial view of Holman Stadium, taken shortly after the "skyboxes" were installed in the early 2000s. A day of events is scheduled for July 17 to celebrate the stadium's 80th birthday.

Telegraph file photo An aerial view of Holman Stadium, taken shortly after the “skyboxes” were installed in the early 2000s. A day of events is scheduled for July 17 to celebrate the stadium’s 80th birthday.

One of the two original bronze plaques is one of several that are affixed near the main gate to Holman Stadium.

One of the two original bronze plaques affixed near the main gate to Holman Stadium describes Charles F. Holman’s gift to the city in memory of his parents.

There’s a big party coming up in Nashua this summer, and you’re invited.

It’s an 80th birthday party, but it’s not for gramps or grandma or eccentric old Auntie Millie, nor for your canine who is turning 80 in dog years.

This is the kind of birthday party that needs a whole lot of well-wishers, especially ones who fancy local history and believe, as many of us do, that milestones in local history are always worth celebrating.

And so it goes with North End Nashua gem Holman Stadium, which has been put on notice that it will at once be the guest of honor and the gracious host at a full day and evening of activities marking the 80th anniversary of its first full season “promoting and advancing health, clean athletics and good sportsmanship for the youth of Nashua.”

I paraphrased a bit, but that’s essentially the message that’s cast in bronze and affixed to the original brick facade of a then-state-of-the-art “athletic plant” funded in large part through the bequest of a Nashua man as a memorial to his parents. 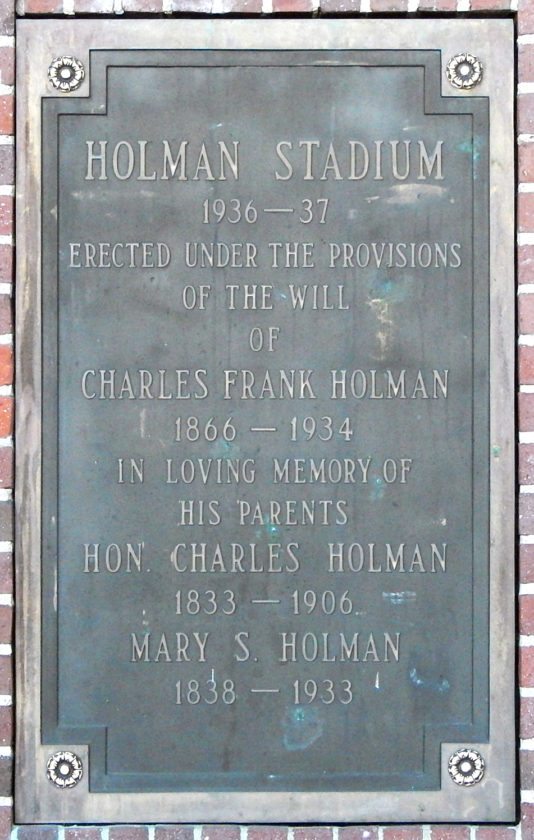 One of the two original bronze plaques is one of several that are affixed near the main gate to Holman Stadium.

As for Holman’s birthday bash, it is scheduled for Tuesday, July 17, with events getting underway in the morning and continuing through the day and into the night.

If that sounds vague, it’s because some of the events haven’t yet been nailed down. What we do know is there will be a baseball game starting around 7 p.m., which will be the all-star game for the Futures Collegiate Baseball League, whose teams include the Nashua Silver Knights.

How about music? Yes, and various other types of entertainers as well. A brief speaking program will take place shortly before the game starts. And oh, being an all-star game, there will also be a home-run derby.

And word has it fireworks fans won’t be disappointed, nor will anyone with an appetite; the stadium’s concession stands, of course, will be open throughout.

Perhaps best of all, there is no admission charge into the stadium, but due to the fact it actually has a seating capacity, everyone will need a ticket. 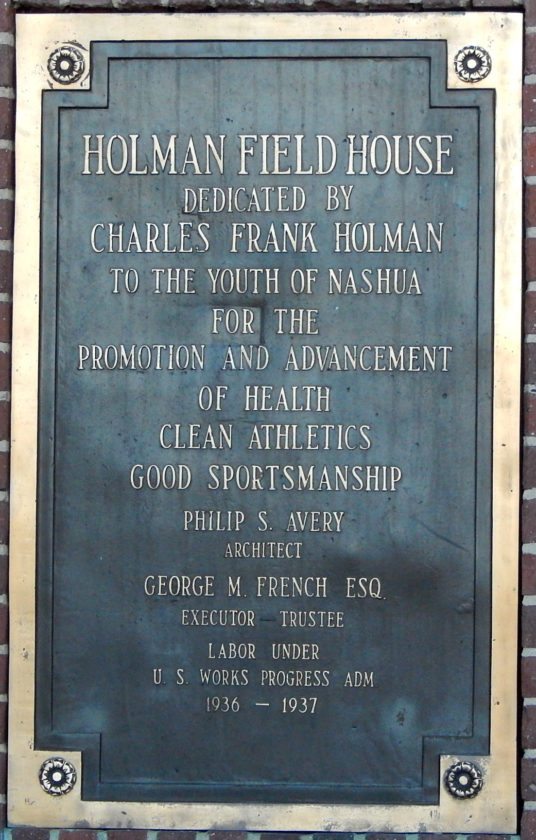 One of the two original bronze plaques affixed near the main gate to Holman Stadium describes Charles F. Holman's gift to the city in memory of his parents.

How and where to get those tickets is another detail that’s not quite finalized, but that and other information will be announced in the near future.

An update will appear in this space once more of the logistics and details are worked out. In the meantime, check out the brief bios of the stadium, Charles and Mary Holman, and their son – the man who made it all happen.

Dean Shalhoup’s column appears Sundays in The Telegraph. He can be reached at 594-1256, dshalhoup@nashuatelegraph.com or@Telegraph_DeanS.

Their son, Charles Francis Holman, known by friends as Frank, who died in August 1934, bequeathed to the city between $50,000 and $60,000 toward the construction of the stadium, on condition it be named in memory of his late parents.

Combined with funds and labor provided under the federal work-relief program Works Progress Administration, later renamed the Work Projects Administration, the stadium was erected roughly in the middle of a 40-acre triangular-shaped tract between Amherst and Merrimack streets and Sargents Avenue. At the time the area was occupied by North Common and Artillery Pond.

Part of the project involved the filling-in of a small body of water called Artillery Pond, which was on the east side of the tract where softball fields are today.

Holman Stadium was dedicated with lavish ceremonies, including a city championship baseball game, on Sept. 23, 1937. It featured a 4,000-seat “spacious grandstand,” locker rooms, showers, lavatories and a lighting system – although light towers to accommodate night games were added in 1948.

A major renovation and expansion took place in 2002, during the period that a series of minor league or independent league baseball teams called the stadium home.

In 1998, upon the arrival of the Nashua Pride, controversy erupted over a proposal to end high school football games at Holman, shortly after the football field was moved to the outfield to minimize damage to the infield.

The result was the construction of the so-called “rectangular fields” for football, lacrosse and soccer near Nashua High South, which became Stellos Stadium.

Charles Francis Holman, an only child, was born in September 1866 and graduated from Worcester Highland Military Academy. For many years he worked at the circulation desk at Nashua Public Library.

He was a 32nd degree Mason, and was active, as were his parents, in the Pilgrim Congregational Church.

A rather frail man who was often ill, Holman never played sports but was a huge fan and supporter of athletics, the Telegraph reported.

When he entered the hospital for surgery in May 1934, Holman drew up his will, which included nearly two dozen gifts — the major one being the trust fund for the future Holman Stadium.

Upon his death three months later, the Telegraph reported that although he “had emerged successfully from” the surgery, Holman “dropped dead at 10:30 Thursday morning before he had time to utter a word.”

The prominent Nashuans whose names have graced historic Holman Stadium for 80 years are memorialized in bronze plaques affixed to the original brick edifice near the central entrance gate.

He became a farmhand at age 11, worked in shoe factories, was later a traveling salesman, then, returning to Nashua in the mid 19th-century, founded a confectionary wholesale business that flourished.

He served as an alderman, school board member and state senator, and a two-year term as Nashua mayor, 1878-79.

Charles Holman died in January 1906 of “complication of diseases,” the Nashua Telegraph reported. He was 72. 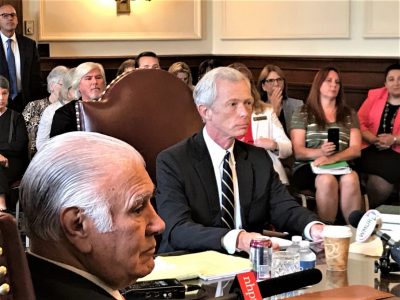 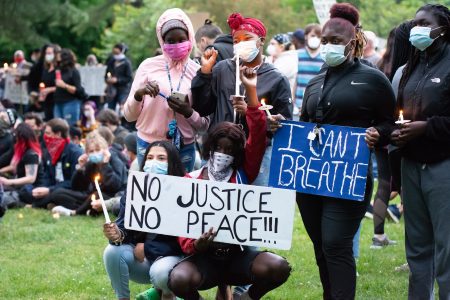 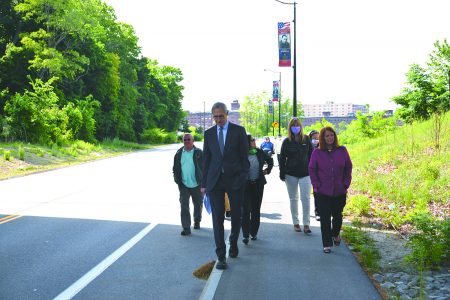