Designers gear up for redesign of city’s historic landmark 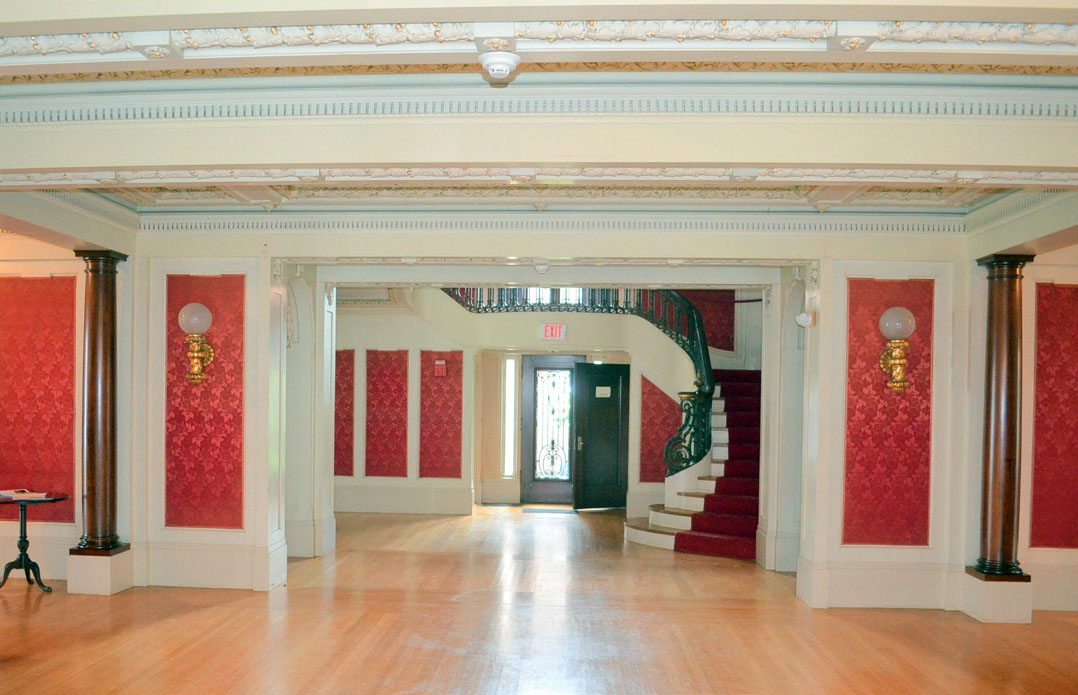 Courtesy photo The airy foyer inside the first-floor entrance to the historic Frank E. Anderson House is one of the larger spaces and rooms that are undergoing a makeover as part of a year-long project to culminate in a public Designer Showcase event in August.

NASHUA – On a tour a few months ago of the stately 1906-07 Frank E. Anderson House on Concord Street, professional designer Beth Kane was escorted past a series of the mansion’s smaller spaces until one special one caught her eye.

“As soon as I saw it, it just clicked,” Kane said Wednesday, recalling how she promptly requested the terrace and its wet bar as her redesign project for a unique fundraiser that, when complete, will feature the work of 15 professional designers in rooms and spaces throughout the Anderson House.

Called “A New Hampshire Designer Showhouse,” the comprehensive redesign is a partnership of Home Health & Hospice Care and Thomas More College of Liberal Arts, the latter the Merrimack-based school that purchased the Anderson House at auction in February 2014.

The project got underway late last summer, when organizers finalized their year-long plan and began seeking applications from designers and contractors interested in taking part. 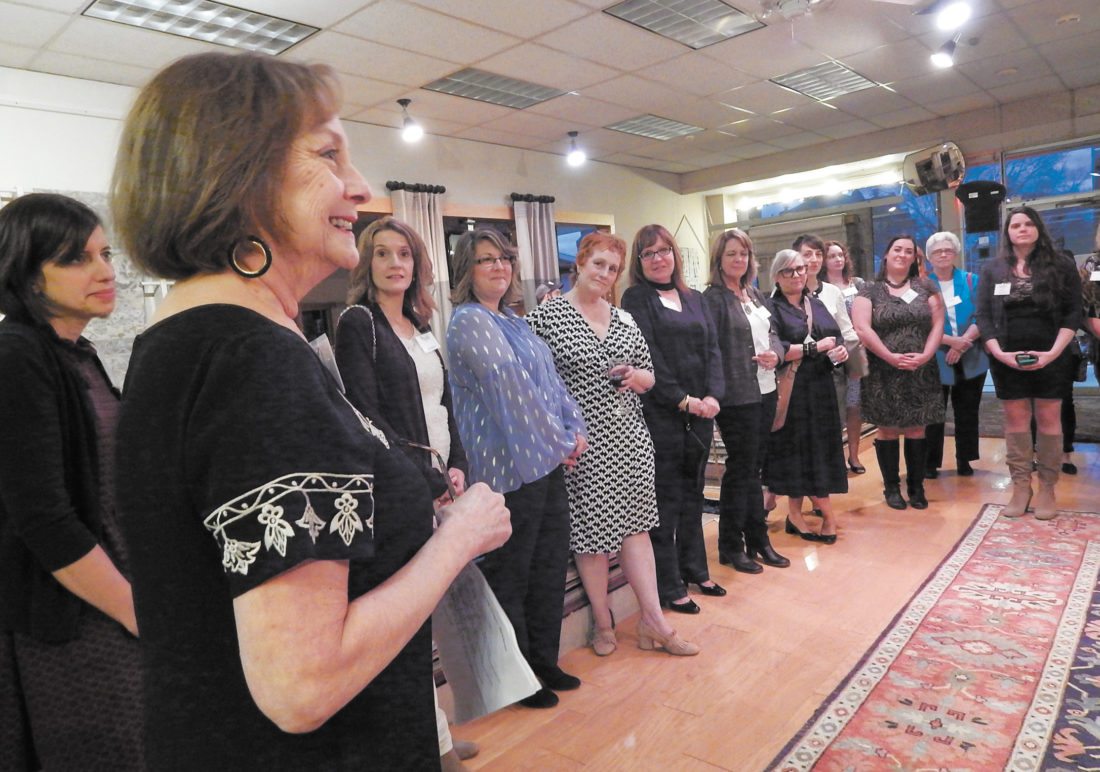 Staff photo by Dean Shalhoup Tina Andrade, left, director of development for Home Health & Hospice Care, introduces the professional designers who were selected to redesign a room or a space at the Frank E. Anderson House during a social event at PRG in downtown Nashua Wednesday.

On Wednesday, HHHC and Thomas More College representatives gathered at downtown Nashua carpet retailer PRG for an after-hours social at which they introduced the designers selected for the project.

“Everyone in this room is starting out on an incredible journey,” HHHC director of development Tina Andrade told the group.

She expressed gratitude to Thomas More College and its president, Dr. William Fahey, for its willingness to climb aboard the project.

“I’d been looking for a property (for a design showhouse) for a long, long time … it was very difficult because in most cases, people were living in them,” Andrade said.

Upon learning of St. Thomas More’s purchase of the Anderson House, Andrade approached Fahey, she said. “So I met with Dr. Fahey, and he’s been so accommodating since,” she added. 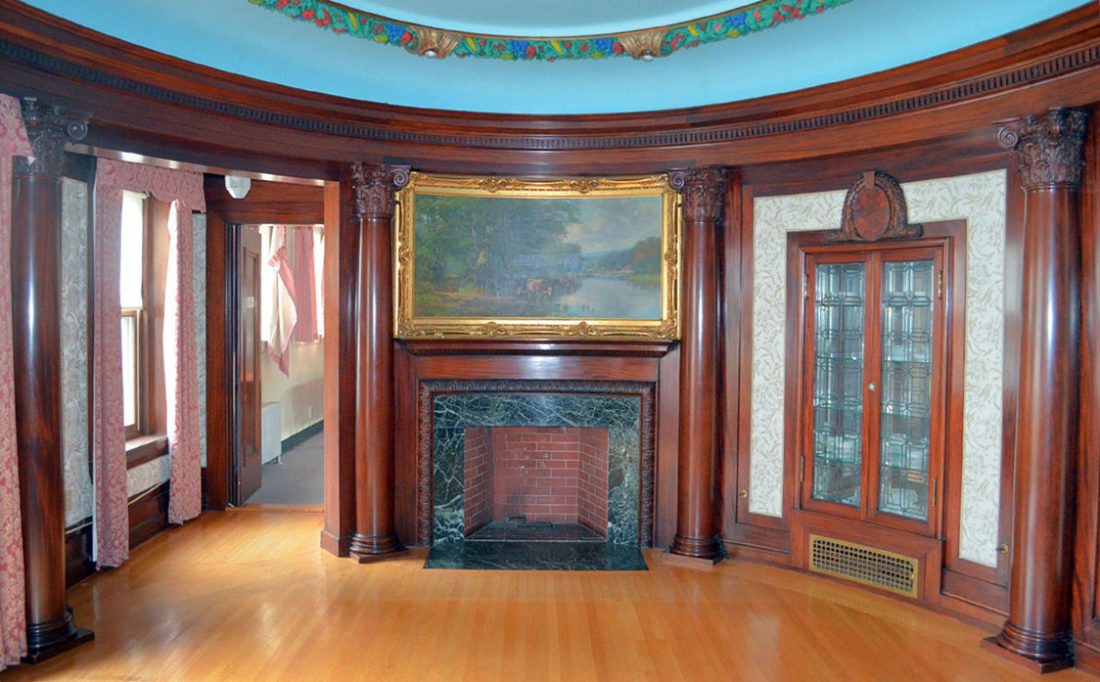 Courtesy photo The grand dining room at the historic Frank E. Anderson House is on its way to becoming even grander as part of a months-long makeover that the room and a number of other spaces are undergoing this spring and summer.

Fahey, in brief remarks, said the college considers itself “very blessed to be the stewards of the Anderson House.

“It’s a beautiful house. You can see that Mr. and Mrs. Anderson built it for community functions … to host community events,” Fahey said.

The college has named the house Mercy Hall, in large part as a tribute to the Rhode Island-based Sisters of Mercy, its owner for several decades.

Fahey said at the time the college bought the house that it would be used as a dormitory for female upperclassmen.

HHHC president and CEO John Getts recalled when Andrade approached him with her idea for the showhouse. 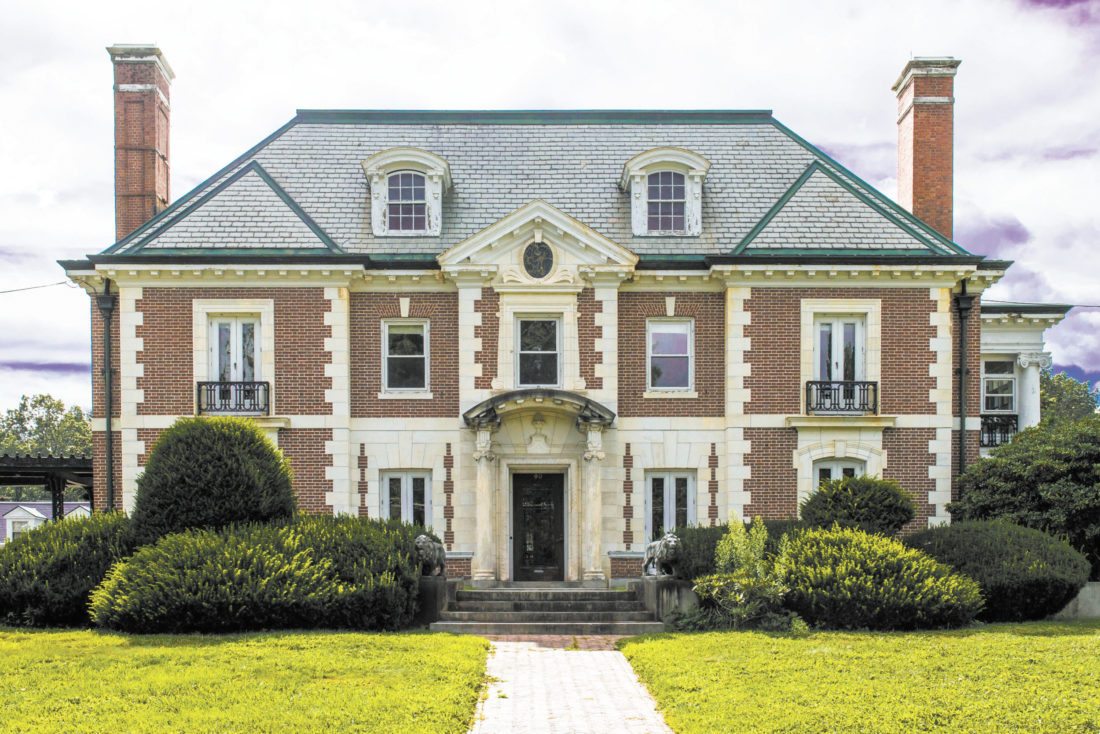 Courtesy photo A recent photo of the Frank E. Anderson House, a classic Beaux Arts style mansion built in 1906 by the prominent 19th- and 20th-century Nashua industrialist and shoe manufacturer, has begun undergoing room by room redesigns in preparation for a public Designer Showcase in August.

“I couldn’t say no when she came to me,” Getts said. “It’s through the support of these kinds of events that we’re able to sustain the core mission of our organization.”

Kane, the owner of Artichokes & Delphinium in Nashua, said her plan is for a garden-party theme in the terrace and wet bar.

She said the theme is inspired largely by the fact that when she was growing up, her family owned a popular garden center – the former Ponemah Farms in Amherst.

Dianna Normanton, owner of Dianna Normanton Interior Design in Litchfield, is looking forward to working with the “good, solid wall” on one side of the south bedroom.

That’s solid, as in uninterrupted by windows or fireplaces or other elements that were often built in to rooms a century ago. 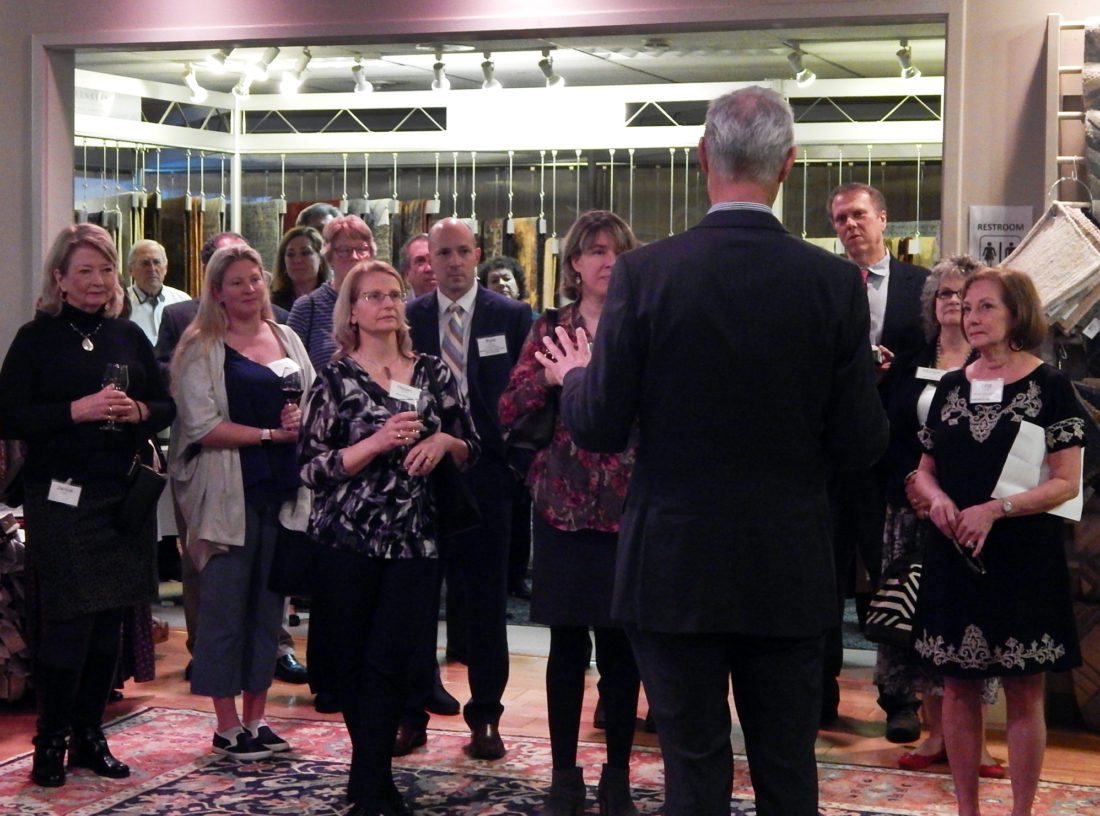 “That really helps,” Normanton said of the large wall. As for the room, which is itself quite large, she said she’s considering giving it “a modern twist,” while maintaining its period features.

She also signed up to redesign the adjacent bathroom, for which “I have a great plan” to return it to a more traditional look.

A feng shui practitioner who has organized retreats and authored a book on the subject, Law said her plan is to create a meditation pavilion as a “room within a room” that will include a bench she will build.

Law said she envisions plants, “inspired by my travels to Asia and different parts of the world,” to surround the pavilion, along with strategically-placed fountains. 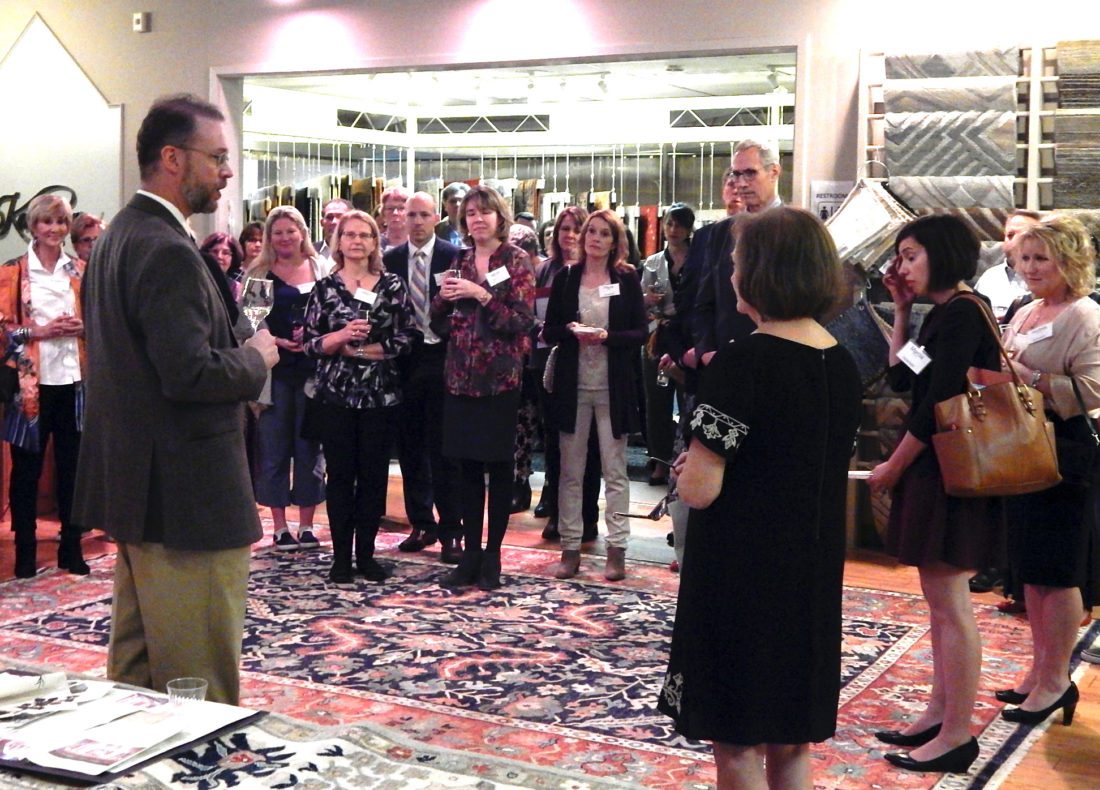 Dean Shalhoup can be reached at 594-1256, dshalhoup@nashua