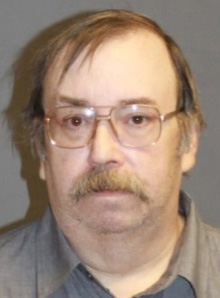 NASHUA – The now 30-year-old man former Nashua resident Edward Goodwin is accused of sexually assaulting some 25 years ago struggled Tuesday to recall certain time frames and the order of some of the events surrounding the alleged assaults, which he says began at some point after Goodwin moved into the Nashua apartment that the man and his mother shared at the time.

He said he was between 4 and 5 years old and was “between pre-school and kindergarten” when the alleged assaults occurred, the man told the court while testifying Tuesday on the first day of Goodwin’s Superior Court jury trial on charges stemming from the assault allegations.

Goodwin, 57, of 86 N.H. Route 4A in Lebanon, faces two counts of felonious sexual assault, which allege he engaged in sexual contact with the boy and allegedly forced him to touch his penis, between Jan. 1 and Dec. 31, 1994.

Upon his arrest in Lebanon two years ago this month, Goodwin was also charged with three counts of aggravated felonious sexual assault, but two of them had since been dismissed and third was dismissed by prosecutors as the trial was about to begin.

The jury, made up of eight men and six women including the two alternates, was seated Monday in preparation for Tuesday’s first day of trial.

Testimony is scheduled to resume at 10 a.m. today in Courtroom 3 at Hillsborough County Superior Court South.

Li, who delivered the state’s opening statement, told jurors that Goodwin “robbed (the alleged victim) of his childhood,” and accused him of molesting the boy while his mother was attending class at Nashua Community College, which is next door to the apartment complex where the boy and his mother lived.

“Belly rubs turned to penis touching,” Li said, referring to the alleged episodes. The boy “didn’t tell anyone because the defendent told him to keep it a secret,” she added.

Fricano, in his opening statement, predicted “the location (of the alleged assaults) is going to be a prevalent issue in this trial,” and told jurors if they “follow the law closely” in their deliberations they “will arrive at a verdict that you may not like: ‘not guilty.'”

Fricano in his opening statement referred often to what he suggested were inconsistencies in the state’s arguments and in the alleged victim’s statements. He said the man “isn’t sure if it happened in 1994 or 1995,” but he did say it happened when he was in kindergarten.

But, Fricano said, a woman connected with Nashua Community College for many years told investigators that the college at the time offered a pre-school program, but didn’t have kindergarten.

Under questioning by Thorspecken, the alleged victim said Goodwin moved in with him and his mother when he was 4 or 5 years old. While he said he “doesn’t know why” Goodwin moved in, he at some point realized the two had begun dating, according to his testimony.

Asked if he remembers when he started attending kindergarten at NCC, the alleged victim paused before answering 1995. “Are you sure?” Thorspecken asked. When he asked if he could review his statement, Thorspecken brought him a pen and paper.

Addressing the issue Fricano had raised over “jurisdiction,” meaning the location where the alleged assaults took place, Thorspecken asked the man, “what makes you know this happened in Nashua?”

In response, he initially referred to his allegation that Goodwin warned him to “never talk about what we do,” but then cited “one clear memory” he carries to this day.

He was in his kindergarten class, he testified, “sitting at a table” with other kids “when a teacher asked me if I was OK.

“I said, ‘I can’t talk about anything we say or do,'” he said, adding that the teacher “just walked away.

“I know that happened in Nashua,” he said.