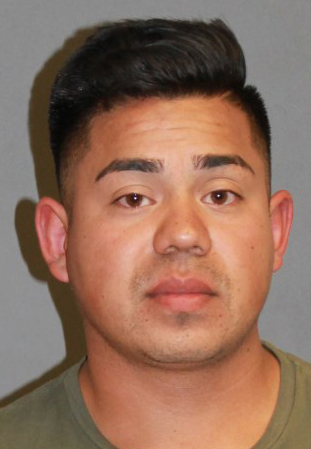 NASHUA – The 49-year-old Nashua woman accused of using motor oil and a burning pillow to set her Sullivan Terrace apartment on fire, and the 25-year-old Milford man who allegedly tried to strangle a Nashua police officer at a crash-scene fracas last fall are among numerous individuals for whom the February grand jury for Hillsborough County Superior Court South has handed up indictments.

Doris Ricard, 56 Tyler St., Apt. 501, allegedly poured motor oil “throughout her apartment and lit a pillow on fire knowing that the building was an occupied structure,” and placed people in danger of serious bodily injury by allegedly doing so, according to the two indictments.

The first indictment is on the charge of arson – occupied structure, a Class A felony, while the other charges her with reckless conduct – deadly weapon, a Class B felony. The alleged incident took place on Nov. 8.

Perez is one of four people accused of attacking police at the scene of a crash involving a school bus and two cars on Tinker Road on Sept. 16.

The charges accuse him of “engaging in the strangulation of Officer Alexander Mann by applying pressure to his neck, causing him to experience ipeded blood circulation,” and grabbing Mann “around the neck, causing (Mann) to suffer a separated shoulder,” the indictments state.

* Jhasua Pena, 23, of 56 Tyler St., Apt. 402, Nashua. Three counts, second-degree assault – domestic violence, Class B felonies, and one count, domestic violence, Class A misdemeanor, for allegedly engaging in the strangulation of his intimate partner by squeezing his hands and legs around the alleged victim’s neck, causing impeded breathing, and striking her in the face, on Nov. 20, and on Dec. 22, 24 and 28, in Nashua.

* Robert Gagne, 46, of 164 Tarbell St., Manchester. One count each, attempted felonious sexual assault, and certain uses of computer services prohibited, Class B felonies, for allegedly using a mobile computer application in an attempt to solicit for sexual purposes a person he believed to be a child under age 16, and going to the Nashua area to meet the individual, between Aug. 30 and Jan. 3.

* Ernest Frobese, 79, of 109 Concord St., Nashua. One count, duty to report, Class B felony, for allegedly failing to complete a sexual offender registration form with Nashua police within five days of being service a notice of said requirement, on Nov. 22 in Nashua.

* Bobby Gagnon, 62, of 38 Bell St., Nashua. One count, duty to inform, Class A felony, for allegedly failing to complete a sexual offender registration form with law enforcement within five days of changing his telephone number, on Nov. 19 in Nashua, after having been convicted of a similar violation in 2009.

* Sarah Shaw, 36, of 97 Blossom St., Nashua. One count each, negligent homicide – driving under the influence, Class A felony, and DUI – aggravated, Class B felony, for allegedly striking and killing a person while operating her vehicle while under the influence of liquor on the Everett Turnpike, and driving with a blood alcohol concentration exceeding .08 and causing a collision resulting in the death of the person, on Oct. 19 in Nashua.