N.Y. man accused of stealing $35K worth of perfume 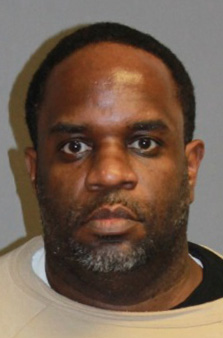 NASHUA – Jamel Flemming stands accused of coming all the way from Brooklyn to allegedly steal $35,000 worth of Chanel perfume from Macy’s at the Pheasant Lane Mall in November, Hillsborough County and Nashua authorities said.

Flemming, a 46, of Brooklyn, is one of three men accused of taking part in the theft of high-end fragrances worth more than $35,000. He appeared before a Superior Court judge Wednesday, about a week after he was arrested at his home and returned to Nashua.

Flemming, whose girlfriend, their child and another person were present in Judge William Delker’s courtroom for his arraignment and bail hearing, faces a Class A felony charge of theft in connection with allegedly taking the various fragrances from a stockroom at Macy’s.

A majority of the allegedly stolen items were Chanel products, according to police reports. Among them were Chanel’s “Coco Mademoiselle,” a “eau de parfum” that Macy’s sells for around $135 for a 3.4-ounce bottle, according to the store’s website.

“I’m very worried that if the defendant is released, he won’t come back at all,” Harpster added, referring to Flemming’s future court appearances in Nashua.

According to Harpster and police affidavits filed in court, Nashua police were called to Macy’s on Nov. 12, and were told by employees and security personnel that “three males entered the stockroom on Nov. 7 and stole thousands of dollars worth of Chanel fragrances.”

A man employed by Macy’s as the national retailer’s “organized retail crime manager” for the Northeast region told police he has been investigating Flemming for more than six years, the reports state.

He told police he was “1,000% positive” that one of the three men captured by security video was Flemming, the reports state.

Detectives investigating the case drafted a warrant in mid-December for Flemming’s arrest. About 10 days ago, the reports state, New York City police located Flemming at his residence and took him into custody on the warrant.

Attorney Sarah Amorin, a public defender who represented Flemming during Wednesday’s hearing, told the court that “most of his criminal history” occurred before 2000, and more recently he “took care of” a Maryland warrant out for his arrest.

“He has no breach of bail charges, no warrants for failure to appear” in court and “has no defaults” on his record, Amorin said.

Flemming’s “record shows that he shows up in court,” she added.

At some point in the recent past, Amorin said, Flemming was in the process of filing suit against Macy’s, in which he alleged that the “retail crime manager” accused him of stealing from one of the stores, but, according to Amorin, store employees were later alleged to have committed the thefts.

Amorin argued for $1,000 cash bail, telling Delker that amount is “a lot of money for this family.” She rejected Harpster’s assertion that Flemming is a flight risk, saying he “intends to be here … he intends to fight this charge.”

But Harpster said he disagreed that Flemming poses no flight risk, especially in light of the past allegations brought against him.

But Delker said he agreed with Amorin that “the state’s recommendation is excessive,” and imposed $10,000 cash or surety bail, with orders that Flemming have no contact with any Macy’s store and live at his current Brooklyn address.