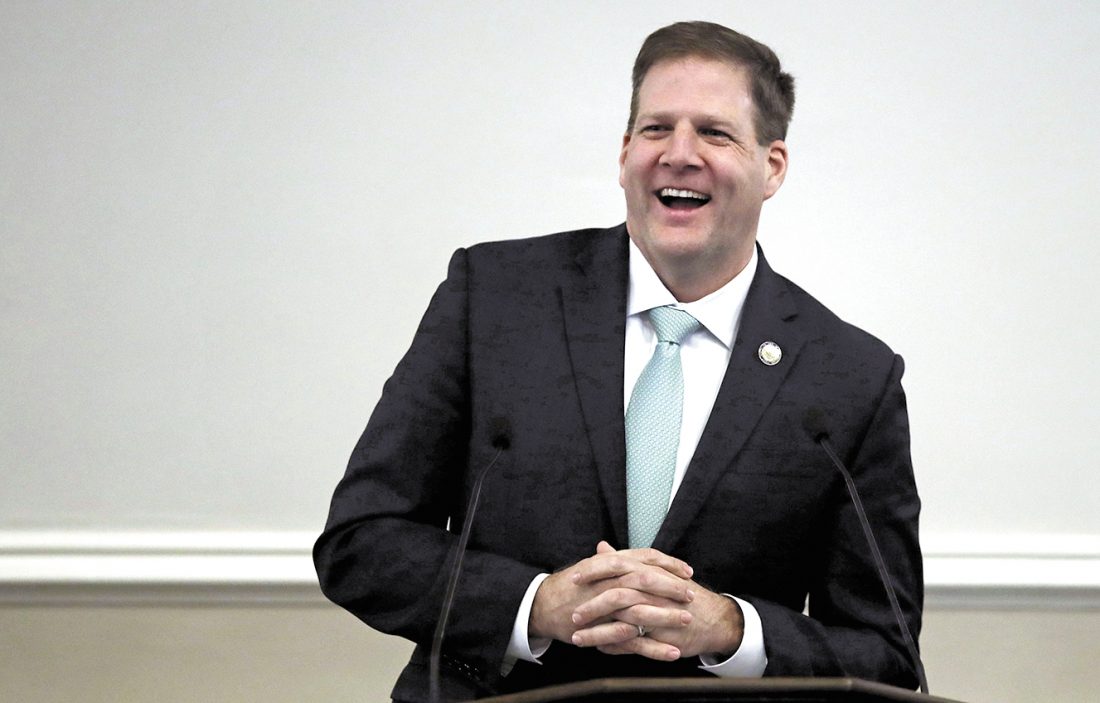 FILE - In this Thursday, Jan. 3, 2019, file photo, Republican Gov. Chris Sununu smiles during his inauguration address during a ceremony at the State House in Concord, N.H. New Hampshire is ending its practice of charging inmates and former inmates for the cost of their incarceration. Sununu signed a bill repealing a 1996 law that allowed the state to seek such payments, which have amounted to an average of $102,000 per year for all inmates in recent years. (AP Photo/Charles Krupa, File)

NASHUA – The idea of New Hampshire businesses having to collect sales taxes for the benefit of other states is so unpopular that all 24 members of the state Senate voted for a bill to prevent it.

Gov. Chris Sununu’s took the final step on Friday by signing Senate Bill 242 – commonly known as the “Wayfair Bill” – into law. It is named such because Wayfair last year’s U.S. Supreme Court ruling that made it possible for sales taxes to be applied to out-of-state internet sales.

“As governor, I am going to do everything in my power to fight any attempt to force New Hampshire’s businesses to collect out of state taxes in violation of the U.S. or New Hampshire Constitutions,” Sununu said Friday. “This legislation is a first step in the process, and we look forward to strengthening this bill in the years to come as the law develops.”

Associated Press information shows that prior to the South Dakota v. Wayfair Inc. decision, the law was that businesses selling via the internet had to collect sales tax only in states where they had a physical presence. That meant major national retailers such as Apple, Best Buy, Macy’s, Target, Walmart and such were generally collecting sales tax from online customers.

However, this was not the case for businesses whose primary or exclusive mode of sale is the internet.

New Hampshire is one of five states to not apply a sales tax, with the others being Alaska, Montana, Oregon and Delaware.

Finally, the law allows Granite State businesses to “recover reasonable costs incurred in the collection and remission of sales and use taxes to an out of state taxing jurisdiction.”

In reacting Friday, Senate Majority Leader Dan Feltes, D-Concord, said Sununu and the then-Republican majority in the Legislature should have addressed this matter last year.

“This year, the Democratic majority in the House and Senate did the opposite and delivered for small businesses in our state, which are the backbone of our economy,” Feltes added.