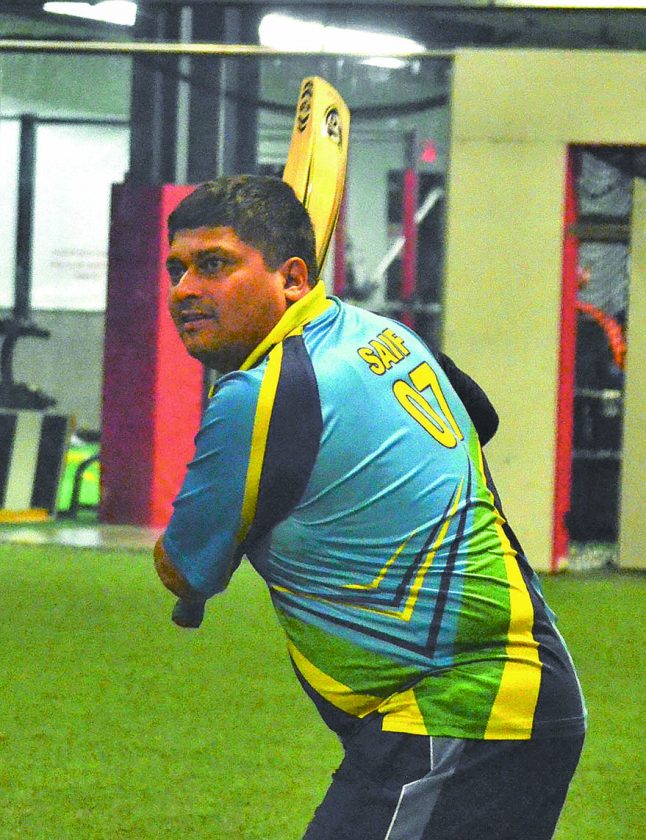 NASHUA – Much like baseball, cricket is a game enjoyed in the summer-time months, mainly in the British Commonwealth and here in Nashua as well. However, now Gate City cricket enthusiasts have found a way to get their wickets and sixes before the weather gets warmer.

This winter, a multi-week indoor cricket tournament began at the Westwood Park Branch of the YMCA of Greater Nashua, drawing interest from several teams of local outdoor cricket enthusiasts from the greater Nashua area.

After the YMCA of Greater Nashua purchased what was the Nashua Sports Academy just off Amherst Street and transformed it into their Westwood Park Branch last year, YMCA Chief Financial Officer Mahesh Bhatia was looking for new programs to place into the new facility.

But even with programs including basketball, volleyball, pickleball, futsal, lacrosse, whiffleball and various other sports and activities held at the facility, last fall Bhatia was looking for more programs to add at

Then he thought of his friends and neighbors who often play cricket at Greeley Park.

“While I was surfing on the internet, I saw people play indoor cricket in Australia and New Zealand, so I asked to myself, ‘why not here?’,” he said.

One of those Greeley Park regulars is Srinagh Anand.

For about 15 years, Anand has played cricket regularly with local clubs in Greeley Park, but this winter marks the first time he can recall an indoor league in the area.

While the rules are heavily modified due to space limitations, creating a smaller version of the game generally lasting around 75 minutes, it remains recognizable to any

As word spread about the new indoor cricket program, Anand said the amount of participants tripled in just a manner of weeks.

“We’ve had a good buzz coming out of the new year,” he said. “I hope we can continue that buzz as we return outdoors in April and hopefully come back here next winter.”

The indoor cricket tournament continues until March, with the Nashua Cricket League set to restart in April.

Bhatia added that he hopes to see training camps and other cricket-related activities at Westwood Park in the future, with those programs yet to be announced.