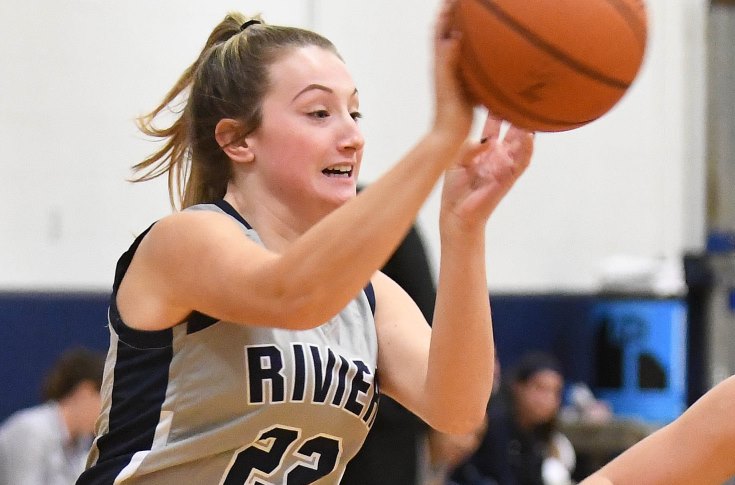 It has started out the non-conference portion of their schedule, but there’s plenty of reason to believe the Rivier University women’s basketball team will be better in February than it is in November.

“We have a lot of learning to do,” Raiders coach Paul Williams said. “We’re very young and inexperienced. Everything we deal with, it’s the first time we’re dealing with it. But they don’t quit. They give us everything they have everytime they take the floor.”

Yes, youth be served. The Raiders have had good play from freshman and former Nashua High School North standout Arianna Motivala. Motivala is one of seven from New Hampshire on the Raider roster.

Also, in the team’s season opener a couple of weeks ago, sophomore Alexandra Grumblatt, formerly of Manchester Memorial High School, had her first career double-double with 10 points and 12 boards vs. Northern Vermont-Lyndon. Motivala and a junior, Catherine Torpey, led the Raiders with 12 points each. All building blocks as Rivier begins the A.K. Era – after Kacavas, as in graduated Raider standout Kaylee Kacavas, one of the best players in the program’s history – if not the best. She’s currently playing professionaly in Ireland.

And, for her recent efforts, Motivala was named the Great Northeast Athletic Conference Rookie of the Week. She had double digits in points in the team’s first five games, including 21 points in a loss to Maine Maritime. In the Raiders’ lone win, 73-62 over Northern Vermont-Johnson, she had 15 points and eight assists. Thus, for her opening week, Motivala averaged 14.2 points, 4.0 rebounds and 3.2 assists.

“Motivala is going to be very good, an exciting player to watch over the next four years,” Williams said. “She has a fearless mentality. No moment is too big for her.”

Her streak of double digit scoring came to an end in Tuesday night’s 62-50 loss at Plymouth State, as she had nine points. Motivala is joined by another former Titan on the Raiders, 5-7 senior Alexis Ivory.

Not surprisingly, Motivala at last look leads the Raiders in scoring at 13.3 ppg, followed by another building block, sophomore guard Cydney Lessard (Pinkerton) at 12.5 and Torpley at 12.0. Grumblatt is the team’s top rebounder with a whopping 11.3 boards per game.

The Raiders have a busy weekend ahead as they will host the GNAC-NAC (North Atlantic Conference) Challenge on Friday and Saturday.

On Friday night at 8 at the Muldoon Center, the Raiders take on UMaine-Farmington and then Maine-Presque Isle on Saturday at 2 p.m. The other GNAC school is Lasell, and Williams credits the idea of the GNAC-NAC Challenge coming from Riv sports information director Anthony Perry.

The Raiders have a while to get through their growing pains for what really is most important, the GNAC schedule. They don’t have their first conference game until they visit Emmanuel College in Boston on Saturday, Jan. 11.

By then, Williams is expecting a couple of second semester additions to add to the talent pool. But meanwhile, the learning continues.

“We definitely have some strong building blocks,” he said. “We’re building a foundation.”

Last week Raiders men’s hoop coach Lance Bisson said this year’s squad is likely the best he’s had since taking the head reins a few years ago. Proving that, the Raiders went out recently and got an impressive 70-57 road win over Norwich with Issaiah Chappell netting 19 points. That evened Riv’s mark at 2-2, but that equals or surpasses the single season win total of each of the last couple of seasons.

Yes, Plymouth topped Riv 94-63 on Tuesday night, but the Panthers are usually at another level than the Raiders this year and wasn’t much of a surprise. The Raiders are back in action tonight at Wentworth Institute of Technology at 7.

Rivier field hockey freshman Hunter Langley of Londonderry was named to the GNAC All-Conference Second Team. She is the first player from the Raiders program to make All-GNAC since 2014.

Langley played in 15 of 16 games, was second on the Raiders in goals with seven and had two assists. She converted on 50 percent of her shots – best on the team. Langley was also named GNAC Rookie of the Week at the end of September.

The Raiders had one of their best seasons of late, finishing 6-10 overall, 3-5 in the GNAC and just missed qualifying for the conference tourney under interim coach Mike Holloran. They graduate just three, so Rivier may be a strong team next fall, for whoever coaches them. Holloran is the school’s head softball coach and he was assisted this fall by Perry (who is also the head baseball coach), plus Mikaela Gauvain

Here’s a look at what some other local athletes are doing at their respective schools:

Former Nashua South standout Jocelyn Chaput, now at the University of New England in Biddeford, Me., was recently named the Commonwealth Coast Conference Women’s Basketball Player of the Week.

In two wins for the Nor’Easters, she averaged 17.5 points, 5.5 assists and 4.5 rebounds. The senior guard started the week with 16 points to go along with six assists, three rebounds, three blocks, and two steals vs. Southern Maine. In a win over Becker College, Chaput had 19 points on 75 percent (6-for-8) shooting to go with six rebounds, five assists, and two steals. In four games this season, Chaput is averaging 12 points a game…

Former Nashua South soccer standout Danny Dukeshire, now a junior at Rensaleer (N.Y.) Polytechnic Institute, has helped RPI to a berth in the Sweet 16 of the NCAA Division III tournement, He’s appeared in eight games for the Engineers, who set a program record for wins (15-3-3 school record 15-game unbeaten streak) and will be in the Sweet Sixteen on Saturday vs. Messiah College. Dukeshire, in his bio on the team’s website, says RPI has appealed to him with the benefit of “being surrounded by people with similar academic and athletic goals/interests.” RPI was his choice due to “the mixture of athletics and academics, and its high engineering status.”…

In her final regular season home match for Southern New Hampshire University, a five set loss to Southern Connecticut State, Merrimack’s Joanne Coffey recorded seven kills, 18 assists and three digs. For the regular season, she had 485 assists and 131 digs, with respective set averages of 5.7 and 1.31…

Former Nashua South soccer standout Angie Suaza finished her freshman season at Providence College. She played in 18 games overall, starting 14 for the Friars, who finished 8-9-3 and lost to Georgetown in the Big East semifinals. Suaza had one assist on the season, took seven shots, two of them on goal.

Jagtap was among the top 30 GNAC runners in the Keene State Invitational, and also ran the fastest mile of his career (5:50) at Franklin Park in Boston at the Suffolk Invitational.

Dunster had quite an October for a Raiders team that eventually became the GNAC runnerup. She had 137 kills and 135 digs for the month, and closed out October with her 1,000th career dig in a win over Regis. 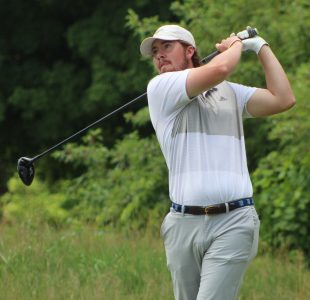 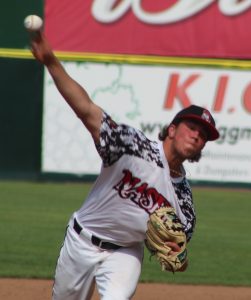