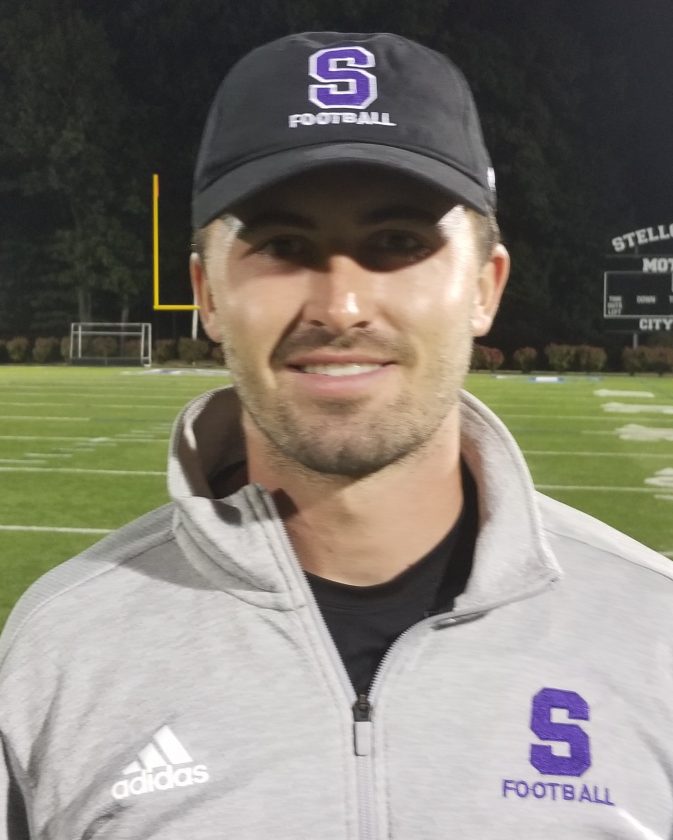 Telegraph photo by TOM KING Nashua South and UNH alum Trevor Knight is all smiles as he's set to sign with the Winnipeg Blue Bombers of the CFL.

Knight, who was set to play in France beginning with training camp in January – and still may – is heading to Winnipeg, Manitoba on Monday to sign a two-year deal, plus a third-year option with the Winnipeg Blue Bombers of the Canadian Football League.

It was partly a Nashua connection that got Knight, the former Nashua High School South and University of New Hampshire standout, the job. Winnipeg’s offensive coordinator is former Nashua standout Paul LaPolice, who has been a longtime coach in the CFL.

Amherst’s Knight said he got a call from Blue Bombers assistant general manager/director of U.S. Scouting Danny McManus “out of the blue.”

“I had no idea they were even looking at me,” Knight said. “He asked if I had my passport, if I had an interest in going up there. They only have two quarterbacks right now and wanted a third on their practice squad, and possibly suit up once I learn the offense.”

Knight said he’ll also have to learn the CFL game, which has some different rules than the American game.

Knight spoke with LaPolice after McManus talked with Knight.

Knight agreed back in August to play for the Blue Stars de Marseille of the professional The Ligue Elite De Football Americain. Their season ends in June, so there may be some overlap with the CFL which starts its training camps in May.

“I still really want to go to France, if there’s any way to make that happen,” Knight said. “They (the Blue Stars) are really happy for me. But say (the Blue Bombers) keep me on the team, maybe I won’t (go to France).”

The Bombers are having a good season, at 9-3 heading into their game Saturday vs. Montreal.

Knight had been working his private coaching business tutoring quarterbacks, but also was helping out his father, Nashua South coach Scott Knight, on the Panthers staff.