Neverett has some thoughts on Knights going forward 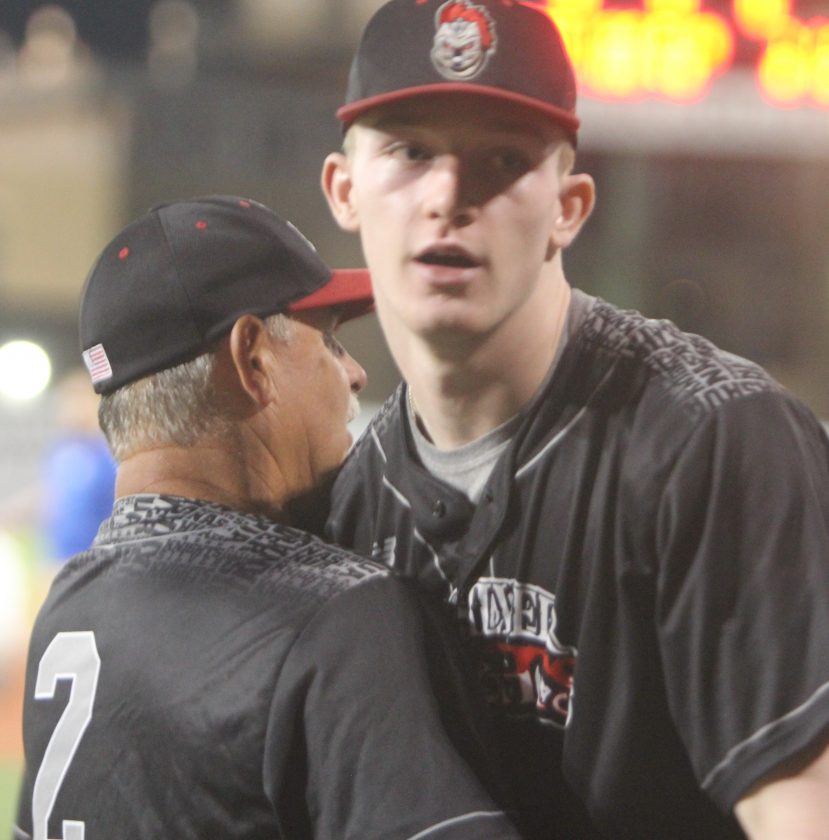 Retiring Nashua Silver Knights VP of Player Personnel/field manager B.J. Neverett has some advice for whoever takes the first part of that title in getting players for the 2020 season, which will be the organization’s milestone 10th.

Over the last few seasons, Neverett had seen constant roster turnover that clearly frustrated him – in fact, it’s probably one of the reasons he stepped away for good after the Silver Knights were eliminated from the Futures Collegiate League playoffs last Monday by North Shore at Lynn’s Fraser Field.

He gazed out onto the field one day during the final week of the season and shook his head.

“I looked out on the field the other day and had four players on the field that actually started the season with us,” he said. “It’s hard to pick up guys that are new to you, because they would have been placed somewhere if they were of that caliber.”

The numbers tell the story. Nashua, Neverett said, had a total of 52 players come through the Holman gates. And, even worse, 28 of them were pitchers.

“How do you find 28 guys that can get guys out in this league?” he said.

Nashua had a late surge to finih at .500, but Monday night’s tough loss to North Shore was the franchise’s second straight ouster in the win-or-done one-game first round of the playoffs.

“I feel bad,” Neverett said. “I felt bad a lot of nights when the booing started in the stands. They don’t understand this is not the roster – not to slight anybody that (was) playing (in the final week).”

Neverett felt that the commitment from the players the last couple of years just wasn’t what it had been. He noticed this season that the injury shutdowns may have been more than that.

That being said, Neverett felt the Knights had their success stories with the original group.

“We had a good group here,” Neverett said. “We had some pitchers who improved since the first day, certainly (Bedford’s Pat) Harrington and (Evan) Christopulos. But our bullpen. …”

The bullpen was in flux the entire season, which hurt. The injury to Derry’s George Welch, who was virtually unhittable through June until it was discovered at the end of the month he had suffered elbow/arm woes and had to be shut down, really was costly.

It would be nice if Christopulos (four wins, 3.42 ERA) and Harrington (3.14) were placed with Nashua again next season, but that’s up to their coaches at Bentley and Assumption, respectively, and often pitchers are placed elsewhere as they get older to aid in their development.

Neverett liked the work of relievers Jimmy Fahey and Jack Pawloski, both of whom got a lot of time down the stretch.

Pitcher Danny Gracia started the season as the staff ace, and then suddenly was out of the rotation with injuries and long gone by mid-July.

“He just came in one day and said his arm hurt, and that was it, he wasn’t going to pitch any more,” Neverett said.

Neverett felt that was an example perhaps of a player whose heart really wasn’t in it.

“He refused to go see the trainer,” the outgoing manager said. “I’ve dealt with a little bit of that frustration this year.”

The Futures League came up with the rule to allow that year’s high school graduates/incoming freshmen to be allowed in the league. At first it was a limit of two per roster, and then by this past season the limit was all the way to five.

Some of them have thrived, but one of the problems is that the players can’t join the team until usually the third or fourth week of the season.

And then they have to be integrated into the lineup, possibly taking the spot of a college player that has been playing for the first three weeks. College coaches will often try to coax FCBL teams into taking them as the “price” to getting them to send another player that a team may covet.

Thus Neverett, if he were returning, made this statement:

“I wouldn’t take any high school kids,” Neverett said, “because I’ve got to wait three weeks to get them here half the time.”

And Neverett had another bold solution, to ensure more of a committement from the players:

“I would actually take fewer local kids,” he said. “Because, here’s the thing that people don’t know about the local guys: Mom and Dad would say they have a family outing on a Sunday, they’re going to stay home.”

Neverett gave the example of a player or player from the general area who couldn’t make a road trip because he was away with family.

“People don’t notice it,” Neverett said, “but when (a starting player) tells you before a trip to Pittsfield that he’s away in Maine with his family, it’s a little unnerving,” he said. “And now you’re going over there without him, and you’d wonder why things go the way they go.”

The other major issue Neverett sees that has to be improved – and this has been talked about in print often – is housing.

“I’d have to have a lot of housing,” Neverett said. “I can get kids from all over the country, but without housing…”

Neverett says most of the other FCBL teams don’t have that issue. Brockton’s roster in the final week had players from Illinois, Florida, California, etc.

“The other teams are doing pretty good with that,” Neverett said. “Look at Brockton, they’ve got tons of kids (from out of the region).”

“I don’t know, I don’t have any idea,” Neverett said. “The team was paying the host families per kid, had a stipend, we’ve tried everything. It’s one of those things, I’ve had a hard time dealing with it. It’s hard to put a roster together to compete at this level.”

A couple of years ago, Nashua finished the regular season one game below .500 but Neverett was able to acquire a few players after some other summer leagues had ended (or who left their teams for whatever reason) to make a difference down the stretch.

“The luck of the draw wasn’t good to us,” Neverett said. “In the past we’ve patched some guys in here, they were really good, really talented, and this year it’s not quite that caliber.”

And thus the last two seasons have been struggles. Nashua hasn’t finished above .500 since 2016.

“It hasn’t been what I’d hoped for,” Neverett said. “The fans hold us in high regard because they had it pretty good.

“It’s going to happen agan, because this is a great venue. It’s just getting the right guys here. Get the right players.

“You’ve got to stay healthy. The last two years it’s been a mess because of the health, I don’t know why. Some of them come here hurt.”

The FCBL had a better year, it seemed, in overall talent than in 2018. The caliber of play seemed much better. Nashua partook in that to a point with players like top hitters Dylan Jones, Kyle Sandstrom (.320, arguable the team’s best all-around player), and Ben Irvine – the latter a University of Maryland player, showing that top schools will send here – providing some fun talent to watch.

Who will return? Well, first, things have to start with Neverett’s two jobs, which have a chance to go to two separate people for the first time in five years. There are signs within the organization that pitching coach Kyle Jackson would likely succeed Neverett in the dugout. Whoever takes over the player personnel part of Neverett’s job, whether it be Jackson or someone else, will have to determine fairly quickly whether to renew rights/offer agreements to players they potentially want back. Some 24 of the players who were on the roster for last Monday’s playoff game are eligible to return. Unfortunately Sandstrom isn’t one of them; even if he does have one more year of college eligiblity beyond 2019-20 he has played in a different summer league every year.

“The league is good,” Neverett said. “There are a lot of good players in this league that are going to get drafted when there time comes.”

And now the time has come for another person or persons to try to get Nashua back to its championship past. 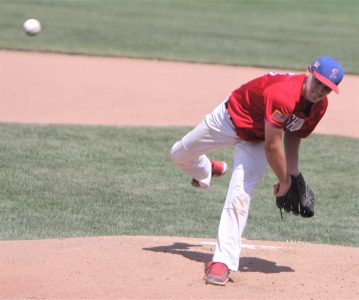