Telegraph photo by TOM KING Thursday's 11-1 elimination loss at the hands of Stamford, Conn. in the Northeast Regional in Worcester was a tough vew for members of the Nashua Post 124 Legion team.

WORCESTER, Mass. – Bounced instead of bouncing back.

The locals just couldn’t find their groove on the heels of a tough one-run loss to Lawrence, Mass.on the tourney’s first day. And thus on Thursday, they were easy prey for Stamford (Conn.) Post 3, eliminated from the tourney by an 11-1 margin (six innings, mercy rule) at Holy Cross’s Fitton Field.

“I think there was definitely a little hangover from (Thursday),” Nashua manager Tim Lunn said. “We had a chance to win that game and to not pull through there and bounce back pretty early this morning is a tough turnaround for kids. … It’s tough to bounce back from a loss like that.”

And Thursday, there was no drama. Nashua starting pitcher Zach Finkelstein lasted the first inning and two batters into the second, giving up seven earned runs on three hits but six walks and a hit batsmen.

“Walks (nine) were our nemesis today,” Lunn said. “You give them 12 free runners plus the 10 hits that they have, they’re going to score a lot of runs. … There’s no excuse for that amount. That just kind of hurt us.”

It was 5-0 after the first inning, as Finkelstein gave up a two-run homer to Stamford’s Joe Skarad, then when it looked like he would settle down and escape the inning, he allowed three more runs on a Matt Wirz two-run single and a hit batsman with the bases loaded.

When reliever Varun Lingadal entered the game with two on and none out in the second, it took him a while as well, as he issued a walk and hit a batter to force in another run, plus gave up another RBI single to Wirz. Down 8-0 after two, it was pretty much over.

Ironically, Stamford was trying to recover from an 11-1 shellacking Wednesday at the hands of Cumberland, R.I. Mission accomplished.

“Today was a different day,” Stamford manager Kevin Murray said. “We turned the page from yesterday, one game at a time. You jump on them like that, you’re looking for a good day, the offense to swing the bat.”

Which Nashua didn’t really do, held to three hits by three Stamford pitchers, including ace Grant Purpura, who only stayed in for 2.2 innings to manage his pitch count. Nashua’s only run came on a Lingadal RBI single in the third that made it 8-1.

It was over in the bottom of the sixth, when Stamford’s John Lockwood hit an RBI ground rule double to trigger the 10-run rule.

“Our goal this year was a state championship.We’ve got that. Now the goal is a regional championship. This year, anything else was icing.”

But Thursday this team was cold as ice, and it proved costly as a super season ended on a sour note. 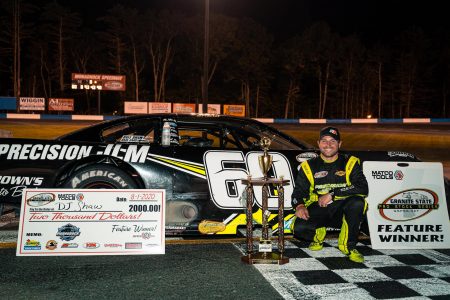 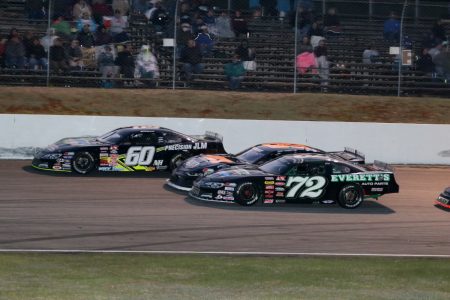 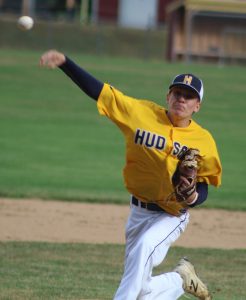