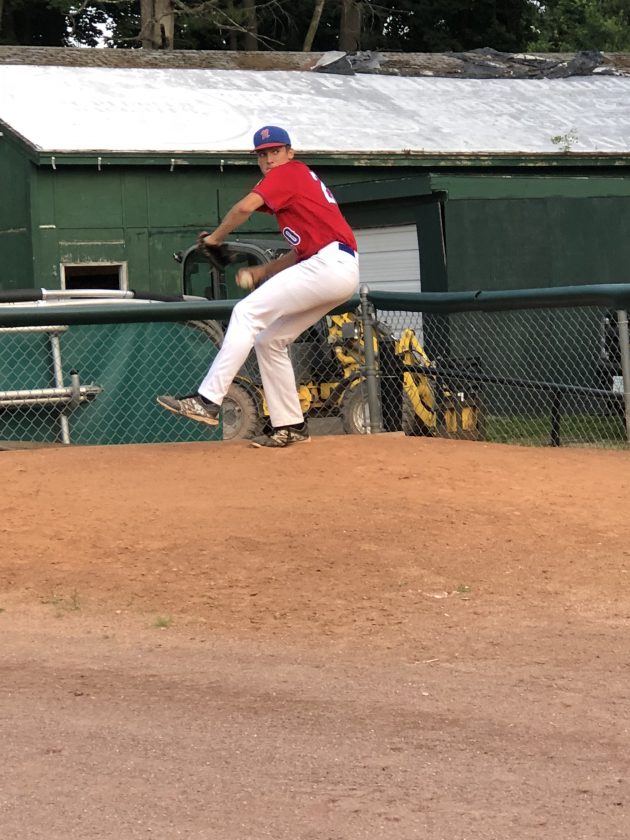 NASHUA – The last two undefeated teams in the 2019 New Hampshire American Legion Baseball Tournament – Nashua Post 124 and Exeter Post 32 – squared off in the third round of play at Holman Stadium last night. And the seacoast side wound up all kinds of frustrated in a 5-1 loss which advanced the locals.

The visitors outhit their hosts by an 8-6 margin but went all night looking for a clutch hit which never came. Hence, they stranded a dozen runners and were left grumbling about an overall lack of success against the Nashuans’ three solid pitchers Henri Boudreau, Hunter Routhier, and Noah Therrien. And adding to the Exeter upset was the fact that three of the five Nashua runs scored on wild pitches.

Nashua will face off against Concord in the 4:30 contest today.

“The pitching was lights-out tonight,” said Nashua coach Tim Lunn. “We had a little bit of luck go our way with the passed balls and wild pitches, but even though our offense hasn’t been prolific we showed plenty of plate discipline and had some good at-bats. The thing that let us down tonight was our defense, but we won and we move on.”

The now 18-2 Nashua crew had advanced to Sunday play by defeating Laconia in round one last Friday night and then Lebanon in extra innings in round two the next night. Meanwhile, 14-6 Exeter moved on via its earlier successes against Sweeney Post and Concord.

The Gate City side and Exeter – which wound up being the number one and two seeds respectively in District B at the close of the regular season – faced off twice during that segment of the campaign with Nashua winning close decisions in both cases. The Nashuans won 3-0 the first time and then 4-3 in nine innings the second.

The visiting Post 32 bunch found itself with significant scoring opportunities early in the tourney contest, but it left two runners on base in the top of the first and the sacks loaded in the top of the second without plating a run. And as was the case in its Friday win over Laconia, Nashua was error-prone in the early going, committing two miscues in those two frames.

But the Nashuans benefited from an Exeter fielding flub in the latter half of the second in taking a 1-0 lead. With two men out, Nick DiRenzo reached first base on a throwing error which got him all the way to second base. He then advanced on a single to left field by Zach Finkelstein, and scored a moment later on a wild pitch by Exeter hurler Josh Morissette. However, the hosts stranded two runners of their own in that frame without doing more scoring.

Nashua put two runners in scoring position with two outs in the bottom of the third, and again they benefited when Exeter pitcher Morissette uncorked a wild pitch. This time Brett Anderson scampered home from third base to make it a 2-0 contest.

But with Nashua starting pitcher Boudreau being removed after the three innings he was expected to pitch in favor of reliever Routhier at the start the fourth, Exeter managed to trim its deficit in half by scoring on a wild pitch. It then loaded the bases with just one out. But Routhier struck out a batter and then had teammate Noah Therrien chase down a long fly ball to right field to stop the threat. So to that point, Exeter had already stranded nine runners on base.

However, the hosts got that single marker back in the bottom of the frame when Jake Smith launched a double to the deepest part of Holman with Finkelstein sprinting around the bags ahead of him. Finkelstein scored but Smith was thrown out at third base, with the score advancing to 3-1 Nashua.

And the visiting side wound up leaving its 10th and 11th runners stranded on base in the top of the fifth – without scoring – as Nashua strode a step closer to a third tourney win.

The hosts’ advantage grew to 4-1 in the latter half of the fifth, but the locals could have busted the game open after filling the bases with nobody out. In the end, however, they stranded two more runners and scored that lone run on a force play.

And the Nashua bunch got the score to its final 5-1 mark in the bottom of the sixth when DiRenzo thumped a triple to right field and then scored moments later on yet another wild pitch.

Finkelstein ended up being the only Post 124 player to rap two hits, lacing two singles.

In the two Sunday games prior to the Nashua/Exeter battle, Concord knocked Rochester out of the double-elimination tourney with a 5-4 defeat and Portsmouth did the same to Lebanon in an 8-4 decision. 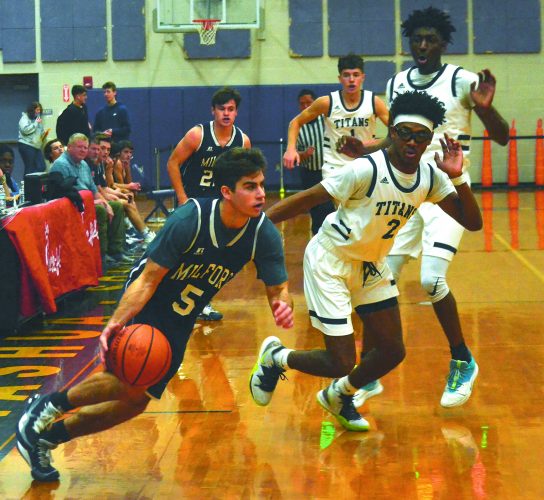