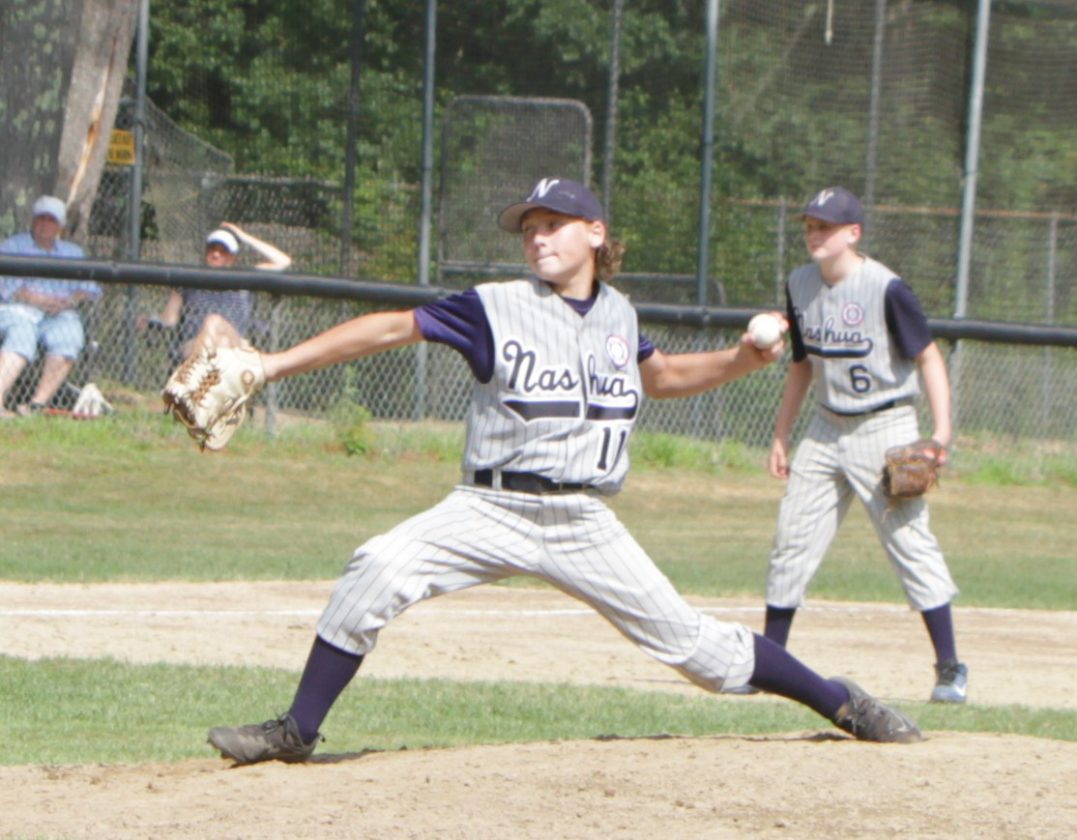 ROCHESTER – Seeded No. 1 in the New England Regional after pool play, the Nashua Babe Ruth 14-year-old All Stars certainly lived up to the billing in Thursday’s semifinals, mixing pitching, defense and some timely hitting for a tidy, 4-1 win over Portland, Maine.

Friday afternoon at 2:30, Nashua plays for a championship and a spot in the World Series against the Vermont-Rhode Island winner here at

“It’s exciting. We have a good team,” said Abi Gonzalez, one of many Nashua heroes in Thursday’s win. “If we don’t make errors, we can go to the World Series. We’ve been playing together since we were nine. Our chemistry is the key. It would mean everything to go. We have grinded so hard just to get here.”

Thursday’s victory was first and foremost about the pitching, namely Nashua’s Nick Shaw, a soft throwing lefty who simply painted a masterpiece all afternoon, striking out four in his six shutout innings.

“I was just trying to throw strikes, try to get some contact and let my fielders make the plays,” said Shaw, who will be a freshman at Nashua South in the fall. “I was throwing the curve ball a little bit and they got on top of it. They can’t sit back on (the fastball), and the curve ball is slower.”

Nashua got two runs in the second to grab the lead as Shaw cruised.

With the bases loaded and one out, Gonzalez took a curve ball off the back side for a 1-0 lead. Albert De La Rosa then doubled it with the first of his two RBI singles on the day. He had three hits in the game.

The locals took charge with two more in the fourth.

This time it was Gonzalez, who kick-started things with a triple and De La Rosa plating him.

With two outs, Colin Holbrook singled in De La Rosa to make it 4-0.

With the lead, Shaw dealt strikes and got outs, leaving the game after six due to pitch count.

The one time he found trouble, Ian Deluca picked him up, uncorked an absolute seed for a strike from center-field to gun down a Maine runner at the plate, ending the sixth. Closer Nate Smith allowed an unearned run in the seventh, but that was it.

“Nick gets ahead. He pitched in the Middle School championship for Fairgrounds and held Windham, which was undefeated,” said manager Todd Holbrook, who sends Nolan Medeiros to the hill in the title game on Friday. “We have all the confid’ence in the world in him. He has a head about him. Nick is just Nick, you can’t knock him off his game.”

The next step could happen here on Friday.