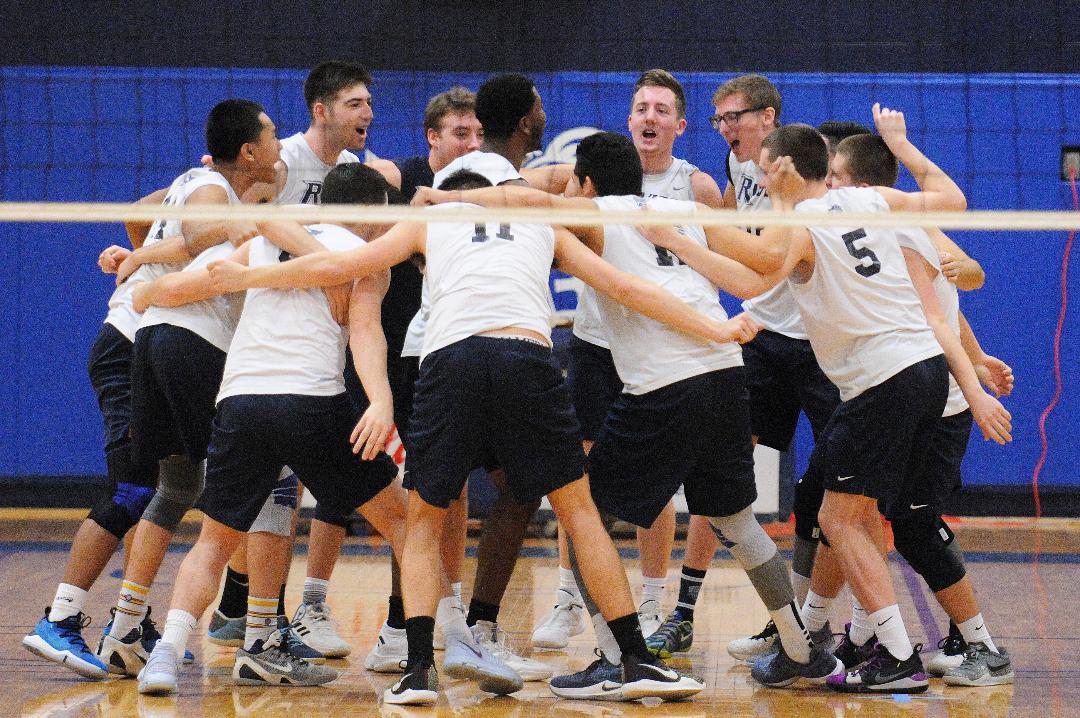 Photo courtesy of Rivier University The Rivier men's volleyball team celebrated a win earlier this season, but had an even bigger one to celebrate on Saturday night -- thre Raiders' second straight GNAC title and ninth overall.

The 25-7 Raiders’ resolve was challenged in their 28-26 third set win, as Wentworth jumped out to an 8-2 lead. However, Riv rallied and eventually had three match points, but Wentworth fought off each one.

Freshman Jack Normandin had six digs to lead the Raiders, while junior Pedro Campos had a superb 37 assists. Ryan Love had 13 kills to lead Wentworth.

The Raiders, who enjoyed an unbeaten GNAC season (16-0), now will find out on the NCAA men’s volleyball selection show Monday at 10 a.m.at NCAA.com who and where they will play in the first round of the NCAA tourney, which gets underway next Friday.