All of Division I volleyball still chasing Cavaliers 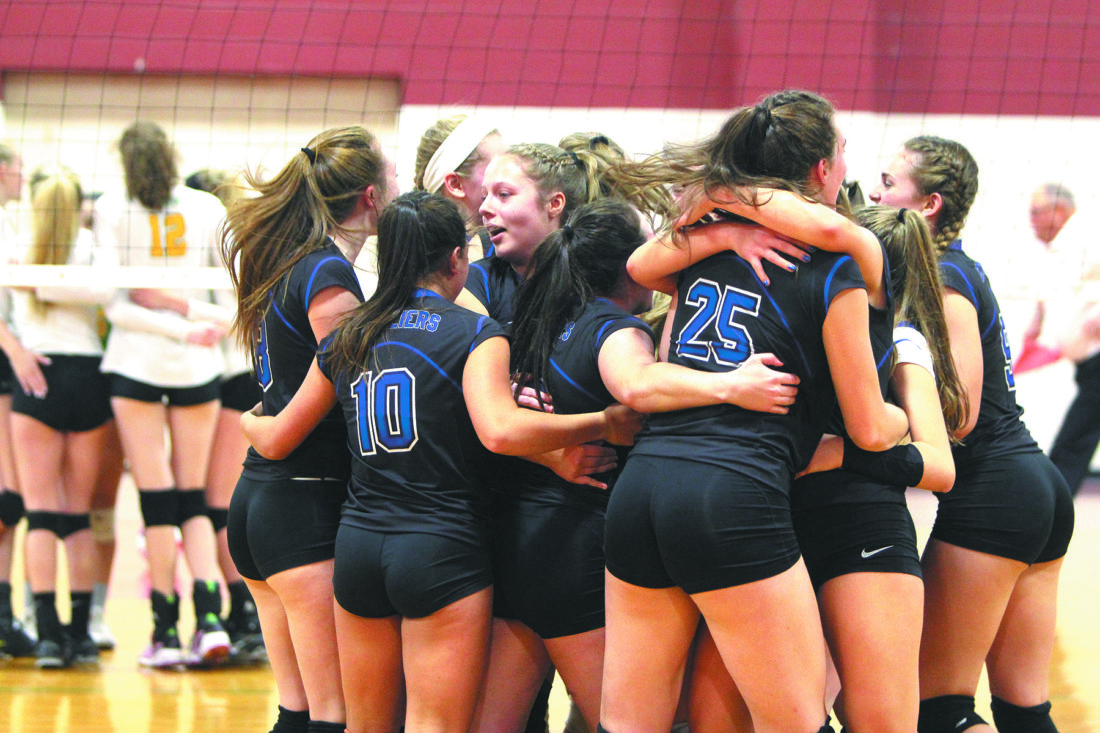 At what point is the word

When you are talking New Hampshire high school girls volleyball and Hollis Brookline High School, that question is old news. The Cavalier girls open the 2018 season riding a 33-match win streak. The seniors in the program have never “not won” a state title, with the streak now at three straight championships, four in Division I and seven overall since the program began under coach Becky Balfour in 2000.

And Hollis Brookline is again loaded for bear with reigning Gatorade and Telegraph Player of the Year Maddie Norris, who has already committed to the Division I University of North Florida, and a handful of other returning starters, several with scholarship potential.

Among the challengers, Bishop Guertin has to be considered a rising power in the game, charging into the championship match a year ago and returning six starters from that bunch.

Nashua South again features one of the most dynamic talents in the state in Kara Kelliher, who helped the Panthers to the state semis a year ago. North reached the postseason in 2017 and looks to take it a step further, while Merrimack continues to build on a daily basis.

Plenty of talent has returned for a squad that again matters in Division II.

“We completed our goal from having a 5-11 record in 2016, to finishing a respectable 9-7 record in 2017, making the playoffs for the first time in five years,” said Ouellette.

Milford was a semifinalist in Division II and again looks to play the part of a contender.

Another contender is Campbell in Division III, which reached the state semis in 2017.

“We are extremely lucky to have Liv Garand and Meghan Gibbons, who went to the semis last year and want more for this team,” said coach Melissa Miner. “Our end goal is the finals.”

COACH’S COMMENTS: “Put your heart, mind, intellect and soul even to your smallest acts. This is the secret of success.” – Sivananda

COACH’S COMMENTS: “We are looking forward to making another run at the Division I title this fall. We have an experienced group of junior and senior veterans who have been playing together for quite some time … some since elementary school. A few promising newcomers round out our team for this fall.”

COACH’S COMMENTS: “We are focusing on making today better than yesterday.”

COACH’S COMMENTS: “The team as a whole is excited for this season and is looking forward to what it will bring.”

COACH’S COMMENTS: “I am looking forward to this season. The attitude this season is great, and I think the players are ready for the season to start. Despite one of the best finishes in recent years they still feel as if there is more to accomplish. With a majority of players being returning starters we are excited to start playing.”

COACH’S COMMENTS: “We have many of the same players as we did last year with some strong new additions. We are excited as a team to see where this year will take us! Looking forward to seeing how we compete.”

COACH’S COMMENTS: “Souhegan volleyball plans to continue on from where we left off at the end of last season. We plan to keep the momentum we had going into playoffs and into this coming season. Now with two of the top teams moving up to Division I, I think Souhegan has the opportunity to make a name for itself as a contender in Division II.”

COACH’S COMMENTS: “I am super excited for this year’s team. We are not only talented, but I believe that mentally we are stronger than last year. We lost six great seniors, but we filled their positions with strong, talented players who have been working hard during the preseason.”