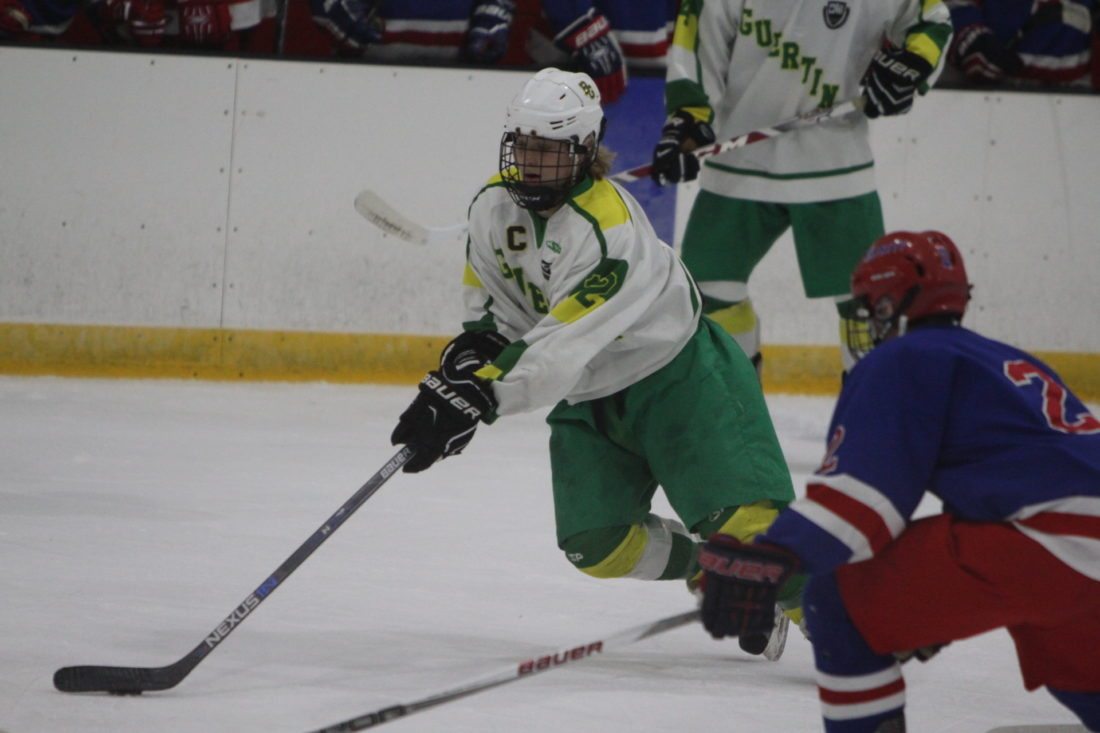 Staff file photo by TOM KING Two-time Telegraph Player of the Year and Bishop Guertin grad Justin Pearson will take his hockey skills to Yale University next year after two years in juniors.

Justin Pearson had one dream come true when he helped lead the Bishop Guertin High School boys hockey team to a Division I championship three years ago.

In the last week, another one has come true as well, as Pearson, a 2016 BG grad, agreed to attend and play hockey for Yale University.

“This has been my dream,” Pearson, a two-time Telegraph Player of the Year, said Wednesday. “I’ve always had aspirations to play for an Ivy League school since I was young. I’m really excited.”

His senior year at BG, Pearson, who is from Nashua, scored 28 goals with 31 assists. The last couple of years he has been playing with the Islanders junior program out of Skate 3 in Tyngsborough, Mass. He’s also attended camps run by the Yale coaching staff, and a relationship was formed.

“I liked the coaches, liked what they had to say and forged a good relationship with them,” said Pearson, who will major in economics at Yale.

Pearson has followed a traditional hockey path, playing a couple of seaons with a junior team before getting a chance at a major college program.

“I learned my fundamentals at BG, and coach (Gary) Bishop has always believed in me,” Pearson said. “Playing juniors was part of the process.”

Pearson was about 160 pounds when he was a Cardinal. As an Islander, he’s at 180, and he may be slightly heavier as a Bulldog.

“It’s definitely going to be faster,” he said of the college level. “They (the Yale staff) want to see me get stronger, and I’ll just use my speed.

“Yale plays a fast, simple game; they want to see me play fast but get strong so I can get into the corners.”