Starting pitcher Peter Meconi kept the Boynton offense in check as he pitched six strong innings, only allowing two runs, before reliever Johnny Mantone came in to close it out.

“Peter threw a great game for us. He was able to keep their hitters off balance, and make the big pitch when we needed it most,” said NC coach Paul Williams. “We knew the heart of their order was coming up again, and we trusted that Johnny could make the right pitches for us at the end, and that is exactly what happened.”

The No. 1 seed Wildcats’ offense had strong performances from eighth graders Peter Wilson, Jake O’Connor, Logan Vogel and Will Nardone.

Fairgrounds finished up 11-2, with both losses coming at the hands of Windham.

Against the best pitcher they faced all year, Windham’s Lucas Rondeau, the Falcons (10 hits) were able to overcome an early four run deficit by tying the game with four of their own in the top of the third inning. Kory Caissie got things rolling with a single to right, followed by a Ryan Haskell single. Hedquist singled to left field to load them before Caleb Rich ripped a triple scoring three.

After Dean Adams was robbed of extra bases on a shot to right field, Shaw tied the game with a single to left.

After Windham scraped two runs across in the fifth, the defense made big outs to keep the Falcons in it highlighted by an Adams to Haskell 5-3 double play to end the sixth and allow the Falcons one more shot to tie the game.

Unfortunately Rondeau proved to be too much as he closed the door after giving up a leadoff double in the top of the seventh.

In the semis Fairgrounds survived a pitcher’s duel as Hedquist held Hollis Brookline to one run over six innings, striking out three while giving up one hit. Shaw closed the game out with a scoreless inning striking out two.

Hits were at a premium as the Falcons were able to muster five, none bigger than a Haskell two run single with two outs in the bottom of the fifth to offer some breathing room. Haskell drove in all three runs for Fairgrounds.

Others chipping in on offense were Shaw, Sean Sullivan, and Devin Sawyer with a single each while Jordyn Raisanen Andino, Sullivan, and Shaw scored a run a piece.

Aidan Preston had a two-run double and Kevin Hamel made a key double play to lead the Nationals. Jacob Hutchins pitched a strong three innings and played strong defense for the Angels.

Jayden Beaulieu scored the game winning run in the top of the seventh.

There was superb Dodger pitching from Sam Kobs and Max Demers while Nathan Perry, Andrew Bulter, and Josh Tripp pitched well for the Tigers.

Miles Demers struck out six Rockies and pitched superbly through the middle innings before turning it over to Cooper Vaillancourt to close it out.

The Dodgers’ Max Demers delivered a home run in the top of the sxth to put the game away. Rick Nunez scored 3 runs for the Rockies.

Cam Hayes and Will Stanley each drove in three while Alexandra Cookson pitched two strong innings with three strikeouts, and also added two hits and drove in two runs.

Sam Nardone drove in two runs for the A’s and Jace Dillon added a hit and caught a strong game.

For the Tigers, Aaron Ackerman and Cole Warshafsky both contributed hits.

Colvin Levesque and Ethan Long pitched shutout innings. For Orioles, Steven Angeles went 3 for 4 and almost had a grand slam, inside-the-park homer before being thrown out at plate.

Ricardo Pichardo had an RBI single, whle Samuel Nordstrom went 4-4 with 2 singles, a double and a triple to lead the winners.

For the Orioles, Karthik Suresh struck out four in two innings while Justin Sanossian had a single.

The winners also got good pitching from Ethan Long and Sam Gordon, while Justin Sanossian (2 for 2, two runs) paced the Orioles.

Aidan Preston, Chase Swisher, and Zach Jones led the hit attack for the Nationals. The Pirates had home runs by brothers Jadiel and Jomar Sanchez.

Cam Flanders pitched the bottom of the sixth to close it out for the winners.

Andrew Thibeault was on base five times and Trevor Parker-Pimental had two hits for the Nats.

Cole Brandt had a triple for the Tigers and also pitched well in the tie, as did Kevin Hamel for the Nationals.

Connor Johnston threw out a base runner at home for the Giants, while, for the Dodgers, Miles Demers reached base all four times while striking out two on the mound.

The Giants overcame an early 5-2 deficit, staying in the game with a double play keyed by Ethan Long and Owen Forcier, plus Colvin Levesque gunning down baserunners.

Also for the D-Backs, Logan Irish had two runs and two steals while Caleb Gianacoplis and Elliot Greenlaw scored runs.

The Tigers had strong pitching from Josiah Spleen and Brendan Butler (one inning, three strikeouts each).

The Merrimack Youth Association (MYA) will be having elections for positions on the its Executive Board on Thursday, June 13 at the MYA Building. The nominating committee is now accepting names for the following two-year terms: president, secretary, treasurer, and member at large.

Anyone who wishes to place a name in nomination should contact committee chairperson, Melanie Curren at 321-9433 or melanie.curren@hotmail.com.

All volunteers and parents of a MYA participant are eligible to vote in this election. All are welcome to attend the MYA monthly meetings on the second Thursday of every month in the MYA building, and input is wanted and welcome.

For questions, contact Curren at 321-9433, or go to www.merrimackyouth.org.

There is a brief job description for each position in the ByLaws. 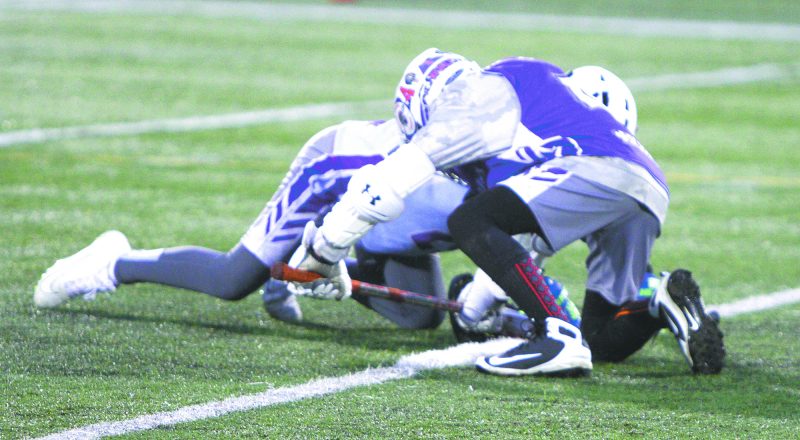