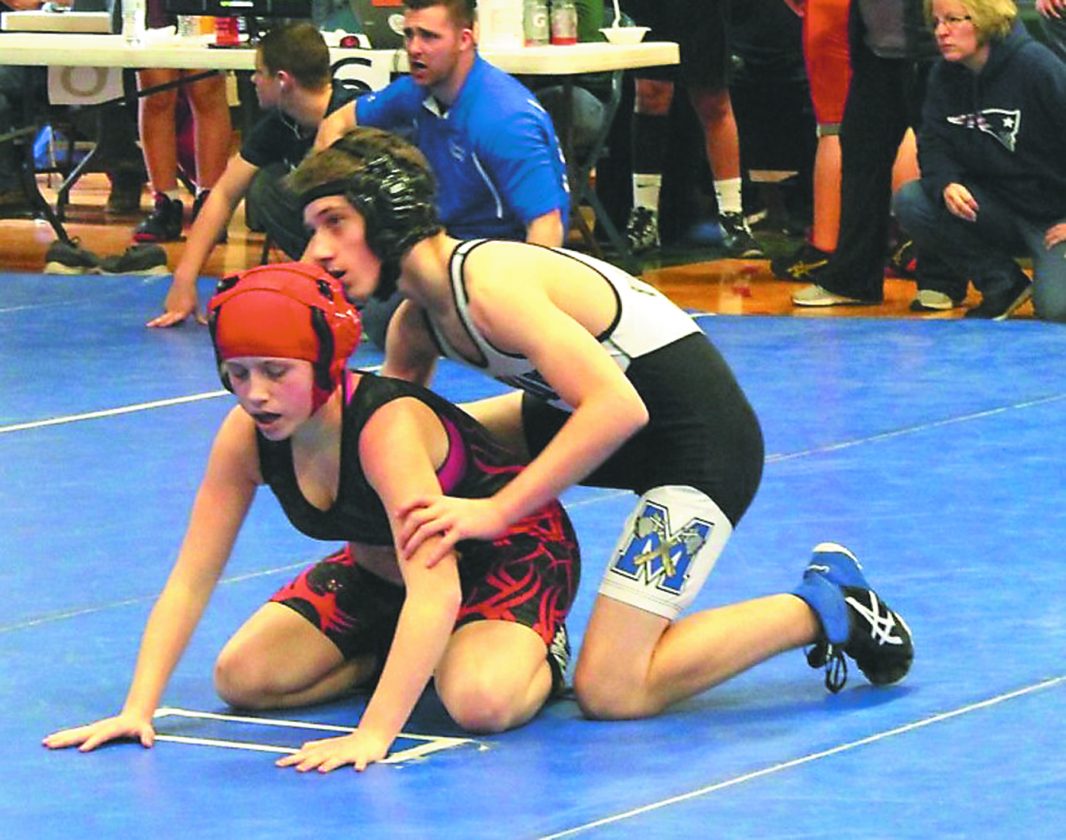 Courtesy photo Merrimack's Austin Shea, right, gets in position to score points during a recent meet in Manchester.

he Merrimack Youth Wrestling Program had 11 wrestlers earn medals for finishing in the top four in their brackets in the recent Queen City Class Tournament at Manchester Central High School.

Seventh grader Brendan Curley grabbed the championship in his division with one win by pin and one by points. Kindergartner Matthew Snavely finished strong with a win by pin to finish third.

John Regal and Nicolin Stevens, grade 5, both took second place on the podium. Stevens completed two of his wins by pin. Regal also had two wins on the day with one by pin and one by points. Other Merrimack seventh graders competing included Austin Shea and Mitchell Krupp. Shea had one win by points to take home second place. Krupp also captured second place medal pinning two of his three

The training will be held each Sunday through early April at the Nashua YMCA. The NBUA serves youth baseball in Hollis-Brookline, Amherst and Tyngsboro, and well as several local travel baseball groups.

For more details or to register, go to http://www.nashuaumpires.org or email

The Southern NH Cavaliers Youth Hockey Program will be holding various tryouts in early March at Skate 3 in Tyngsborough, Mass.