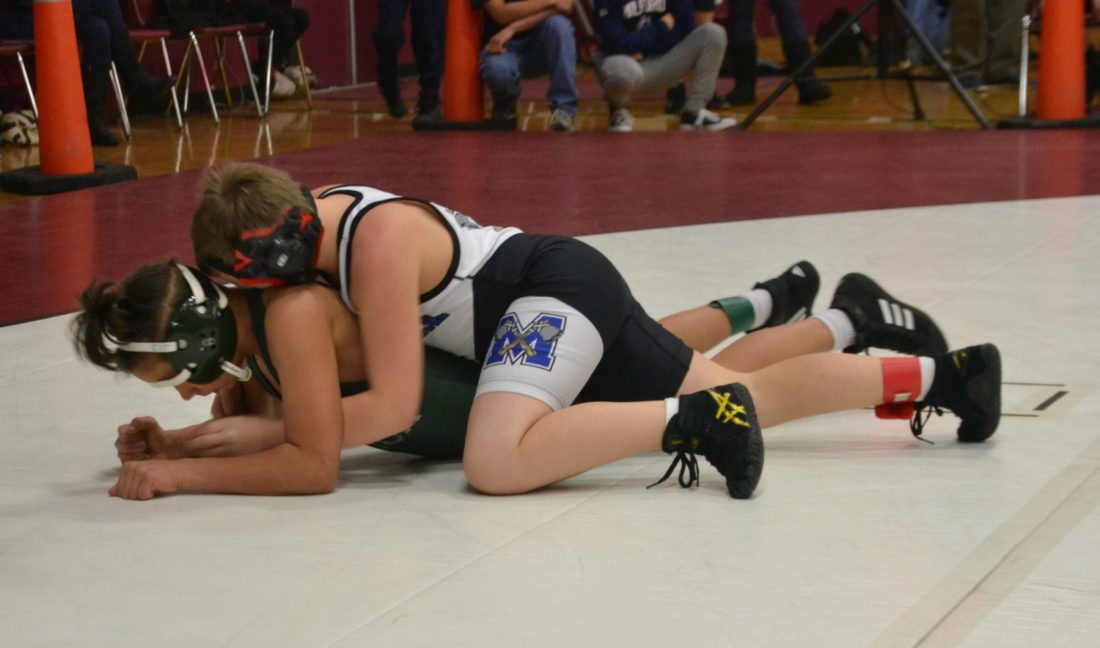 Fifth grade standout Ivey Johnson rolled through her bracket to capture the Novice state championship for fifth and sixth graders recently at Timberlane Regional in Plaistow.

Overall, Merrimack finished 11th in team scoring out of 34 teams.

Johnson started the day with a first period fall against Kyle Saye from Londonderry Middle School. In her semifinal match against Keene’s Brayden Dion, Johnson found herself down by a point with 15 seconds left in the match.

Lunging at Dion, she took him down and recorded the fall with a mere 0.6 seconds left on the clock.

She went on to finish the day by pinning Owen Miller of Steel Mat Wrestling Club halfway through the second period to claim the state championship.

In his finals match, Krupp faced Danny Hughes of the Salem Bulldogs Wrestling Club and was caught in a headlock that he could not escape from. That forced Krupp to settle for runner-up honors.

Sixth grader Owen Forrest battled in a tough bracket but came up short.

He began his first round match against Bobby Ayotte (Pelham MS) by dominating the score but a few miscues led to a tie score late in the match sending it to overtime.

In the sudden-death extra period, Ayotte successfully executed an arm-drag, single-leg to record the takedown and win the match.

Forrest roared back to win his consolation match against Zayment Burdette (Rundlett MS) by a score of 12-0.

Johnson, Krupp and Forrest will all go on to compete in the New Hampshire Wrestling Association for Youth (NHWAY) 12U State Championships in Nashua on Saturday, Feb. 25 with eyes on qualifying for the New England Championships in North Andover, Mass. in March.

Registration for Hollis Brookline Youth Lacrosse is now open. Those interested can register at www.hblax.com/registration

The Nashua Baseball Umpires Association has begun its annual Umpire Academy, running through the end of March.

This training is for new or returning umpires interested in umpiring at the Cal Ripken or Babe Ruth levels.

For additional information, go to http://www.nashuaumpires.org and follow the Umpire Academy link, or email nashuaumps@gmail.com or call 203-8569.

Cost of registration for T-Ball, Rookies, and Minor levels is $40, while AAA and Majors levels are $50. Family Registration Cap is $75.

The division of Babe Ruth baseball is beginning its 36th year. In All-Star competition, Nashua was the 2017 12U state champions and the 2017 11U state Champions. 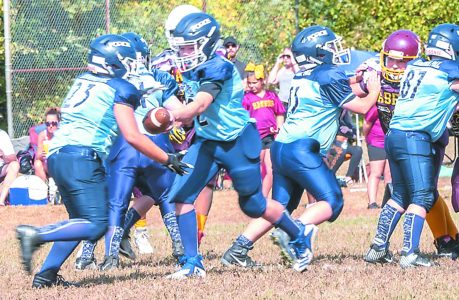