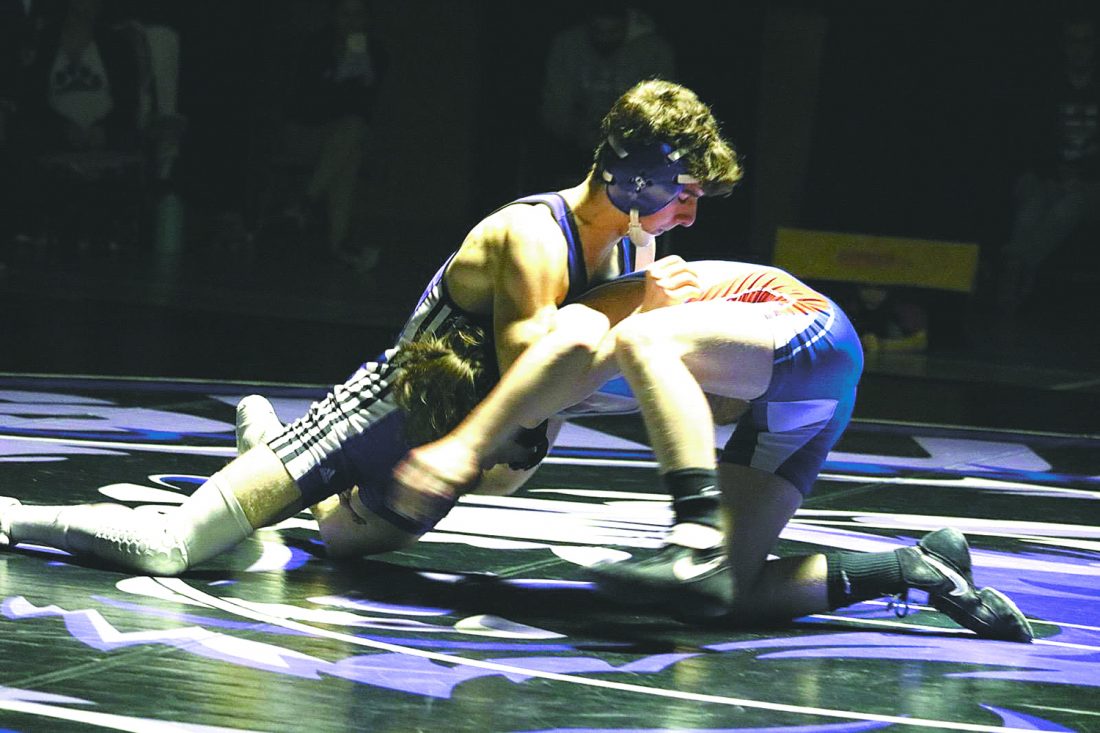 NASHUA — For a wrestler who wondered if he would ever win a match four years ago, Wednesday’s “Senior Night” match against Londonderry was pretty darn emotional for Nashua South’s Kyle Salemi.

“For a while, I wasn’t sure I would ever get a win,”said Salemi, whose initial victory finally came in January of 2017 at the Nashua Hall of Fame Tournament. “But all that losing only made me work harder and keep pushing.”

Last night against Londonderry, Salemi pinned Londonderry’s Jordan Marion for career win No. 100, a number he had never even dreamed of, to punctuate the 47-27 Panthers’ win.

Salemi had never even pondered wrestling until the ninth grade when football teammate Nate Zalzal played “let’s make a deal.”

“I wanted to get him to play lacrosse, and he said if I tried wrestling, he would play,” said Salemi. “We cut the deal.”

Zalzal lasted one year as a goalie with the Panthers. Teammates are still trying to get him back out this spring. But Salemi, even in the early days, found himself hooked on wrestling.

A 30-9 senior season has Salemi primed for states in 10 days.

The victory against Londonderry offered a chance to celebrate and look back.

“It’s pretty exhilarating, especially on a night like this,” said Salemi. “The 100 wins is a pretty special milestone. With so much help from my coaches, this season has really gone great. I feel like this is the peak of my career, and that is how it should be.”

Even as he has piled up the victories, Salemi has remained well-rounded through his four years of high school.

He’s played lacrosse in the spring and football in the fall for the Panthers. And then, there is his summer passion.

“My dad races (stock cars) at Lee and Oxford (Maine) speedways, and he’d like to get me into it. I really enjoy it,” said Salemi, who knows his way around the garage very well and might actually get the opportunity from his dad, John, to get behind the wheel this summer. The driving career might have to wait a bit, though.

College is on the horizon for Salemi, who has already been accepted at New England College, where there is a wrestling team.

“I’ve already talked to the coach,” said Salemi, who will ultimately decide on the best business program to suit him.

But you never know. Another 100 or so might be in the works for Kyle Salemi.

Nashua South also got wins by fall from Drew Fleury, Zach Gauthier and Kyle O’Connor to finish off the Lancers.

Colby Spencer gritted out a tough, 5-4, decision at 113 pounds in the marquee matchup of the night. Freshman Ruben Le scored a major at 126 and Ryan Salemi had one at 106.