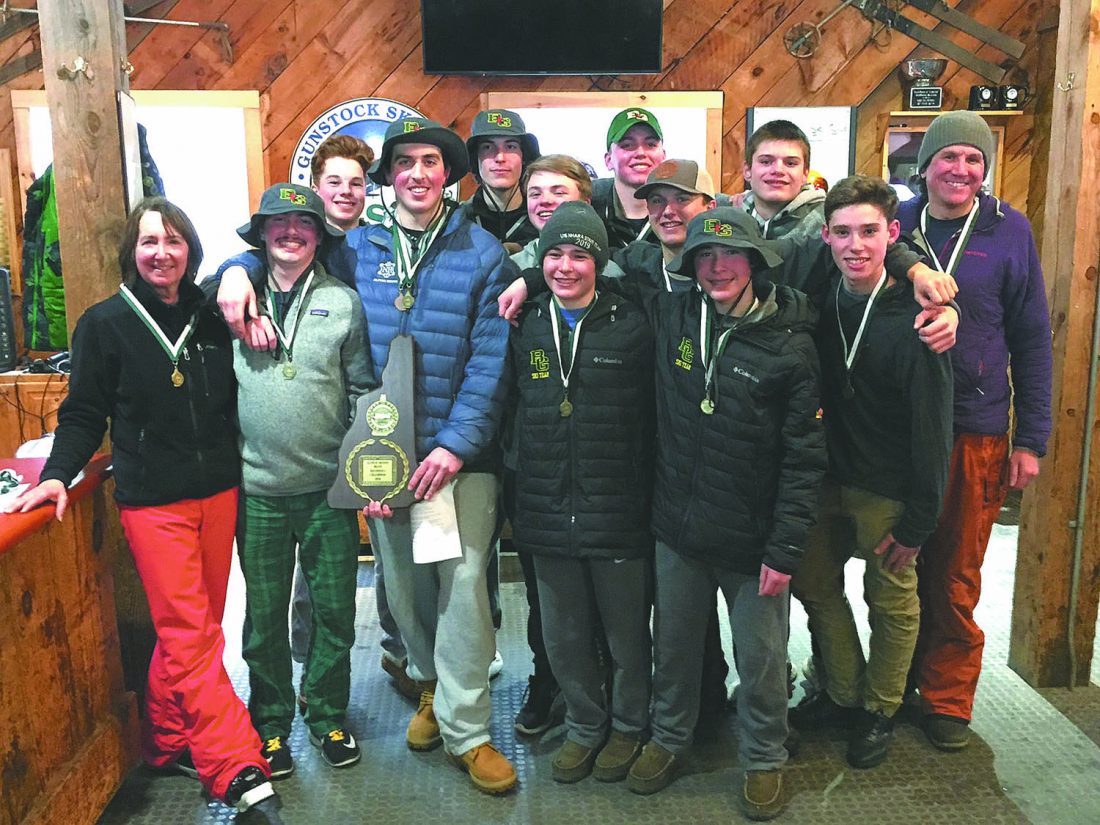 The Cardinals would go on to win the Slalom with 374 points. Sam Froio finished third and Colby Rathbone placed eighth in the Slalom.

With a win and a runner up, Guertin won the Division I State Championship with 736 points to Bedford’s 726.

The Cardinals (10-2) cut it close, but picked up a home win against Memorial. Kyle Baker led BG with 16 points, John Sullivan had 11 and Dylan Santosuosso added 10. BG visits Manchester Central on Friday.

The Titans drop to 8-3 after losing to undefeated Exeter on the road. Nate Kane led the team with 16 points, Brenden Choate scored 14 and Curtis Harris had 13. Gabe Buxton had 12 rebounds to lead the defense. North visits Windham on Friday.

The Broncos picked up a big road win to improve to 5-6. Meshack Mugariri scored 15 points, Liam O’Neil collected 14 and Jacob Hibbard had 13 for the locals. Alvirne hosts Winnacunnet on Friday.

Souhegan had to come back from an 11 point deficit to force overtime. Souhegan hosts Kingswood on Friday.

The Panthers evened their record at 7-7 with Tuesday night’s road win. Julianna Martin had 10 points and Aryanna Murray had seven. Cath Covert and Kirsten McIntire had six apiece. South visits Concord on Thursday.

The Broncos fell to 2-11 despite 11 points from Paige McKinley, nine from Sara Ruigrok and eight by Alyssa Scharn. Salem’s Jordyn Franzen scored 24, including her 1,000th career point.

The Spartans (0-15) hung tough against West with a 22-14 halftime deficit, until West outscored the locals 25-10 in the second half. Sarah Dobbs led the Spartans with 11 points. Milford visits Pembroke on Wednesday.