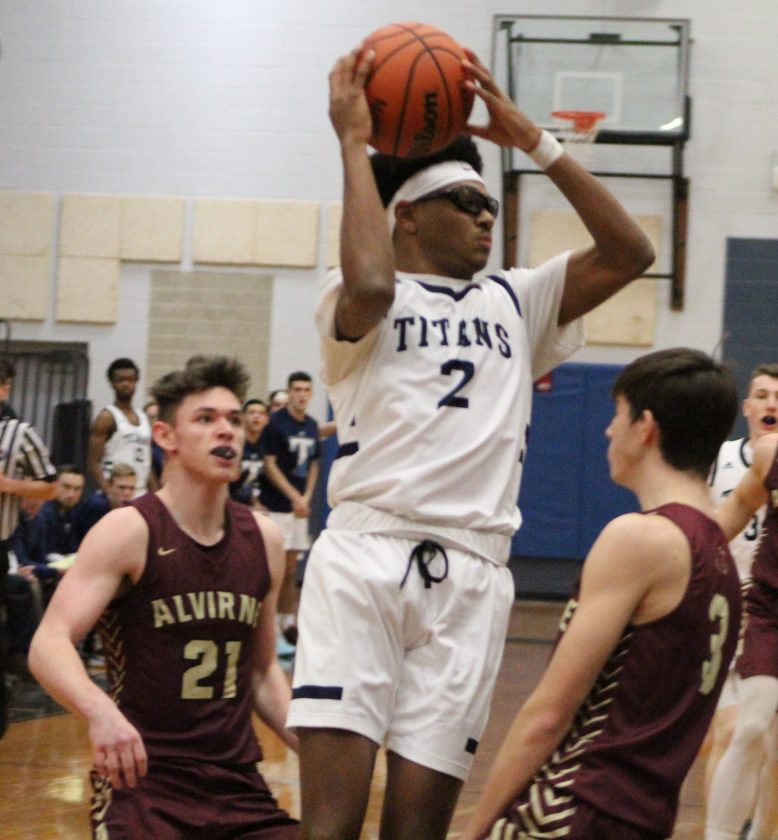 That’s what was on display Friday night for the fans of the Nashua High School North boys basketball team.

And that athleticism, combined with skill, was simply too much for the Alvirne Broncos in a 63-42 Titans win.

“Great team, great coach, great kids,” Alvirne coach Marty Edwards said of the Titans. “All good character, they work hard, they play together, all the things you want to be to have a successful program. … They’ve got so many athletes.”

Enough athletes to overcome early deficits of 8-0 and 13-8, and when Titans guard Curtis Harris hit a buzzer beating 3-pointer to end the first period, it gave North a lead (14-13) it would never relinquish. The rest of the game showed the type of team the Titans and many in Division I think they can be.

“I sound like a broken record, anybody can beat anybody,” North coach Steve Lane said. “But if we can control the tempo and the pace, I think we’re pretty good. We’ve got a chance to win some games throughout the year. But take nothing for granted.

“Alvirne’s a good team, they took South to the wire the other night. Our preparation for them was to increase the pace, and we did that.”

That pace helped Brenden Choate a lot, as he led the Titans with 17 points, followed by Curtis Harris with 14 and Nate Kane with 12. They all got the ball in space, and that was a key as they could show their athleticism.

Meanwhile, Liam O’Neil led Alvirne with 10 points while Paul Manzi added nine. The Broncos had to rely mainly on an inside game, as they were without one of their best shooters, senior Jack DeWitt, out with an injured ankle. North was also missing an injured Connor Dunning.

This was a rare lopsided loss for the Broncos, who had lost their last three by a grand total of just 14 points.

“They took us out of the game pretty good,” Edwards said of North, “but most of the games we’ve been in. We’re close.”

“It was a great team win,” Lane said. “Hopefully we can take nothing for granted and keep going the rest of the season. Hopefully, it gives the kids some confidence.” 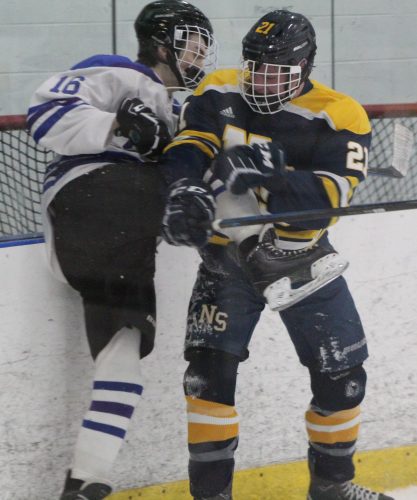