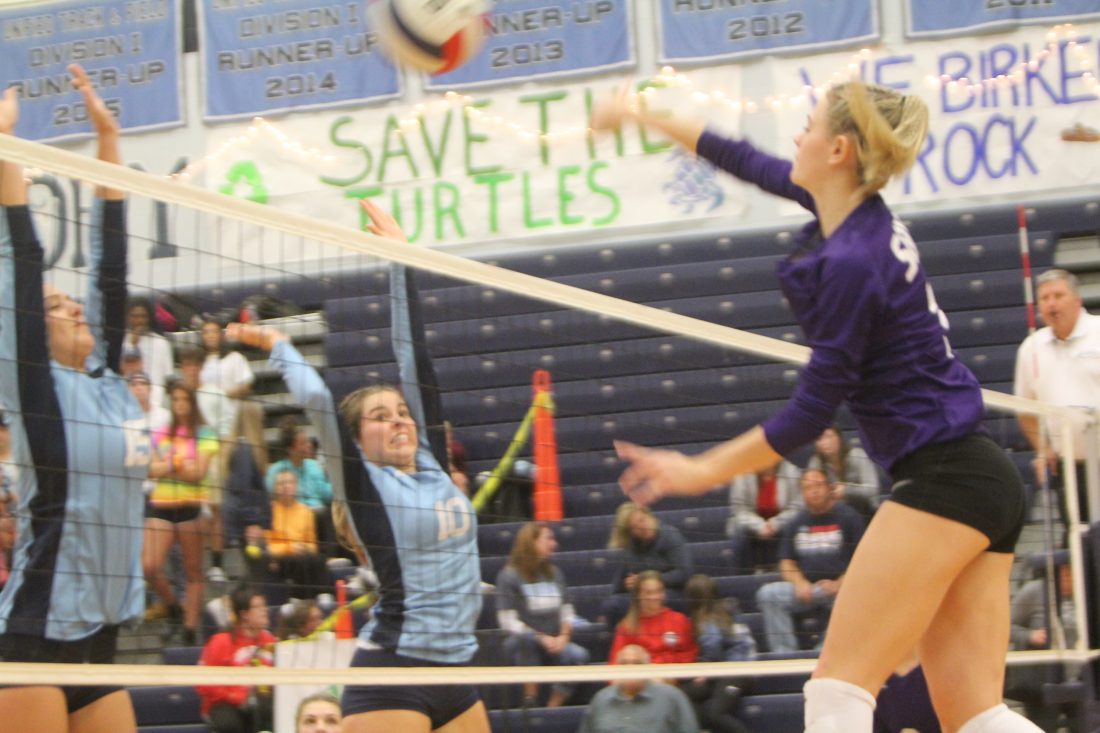 But this one is the highest, as Kelliher was named the New Hampshire Gatorade Player of the Year on Monday.

Kelliher was an explosive net player for the Panthers the last two years, especially this year when she led them to an unbeaten (21-0) Division I championship.

“Although she isn’t the tallest on the team, I think she jumps the highest,” one opposing coach said. “The first time you see her attack the ball, you take notice.”

Headed to play at Assumption College next fall, Kelliher finished her South career with 721 digs and 677 kills.