Cardinals get the jump on sluggish Kings, 10-0 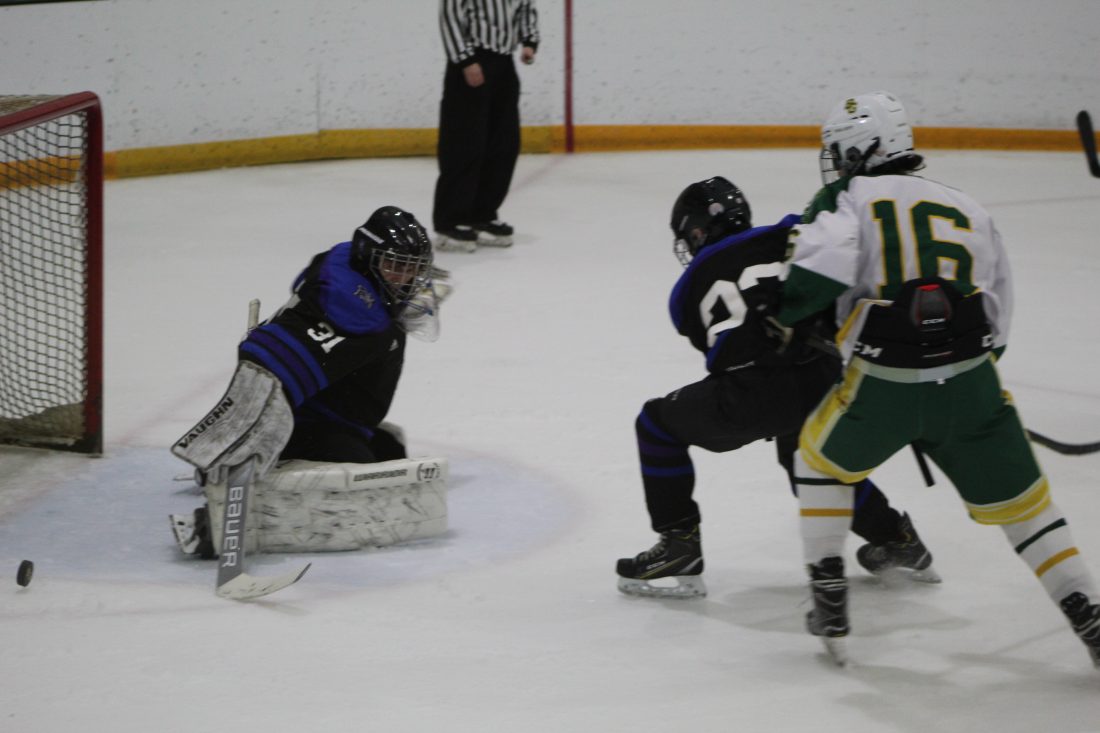 TYNGSBOROUGH, Mass. – The first day of work back from a long, two-week break is never fun.

That was especially the case for the Nashua High School South-Pelham boys hockey team, which was no match for Bishop Guertin in a 10-0 result at Skate 3, the Kings’ first game since the Conway Arena tourney on Dec. 27.

“We definitely had a big break between our last game and now,” said South-Pelham acting coach Doug Burns, filling in for head man Shawn Connors, who wa s out of town for work reasons. “We had the Christmas tournament, but it was only two games and we didn’t have much practice. … This was a big wakeup call.”

Add to that the Kings (1-2 in Division I) were without one of their best players, forward Johnny Pinksten, serving a suspension after getting a disqualification penalty during the Conway event.

Plus, the Cardinals, now 5-1 with their fifth straight Division I win, aren’t the best team to face coming out of a break. Nearly four minutes in Guertin scored two goals in a 13 second span, three in a two-minute stretch, and that was that, despite Kings goalie Nate Serrentino making 41 stops. He didn’t get much time to rest.

“We told them right from the get-go, move your feet,” Guertin coach Gary Bishop said. “We tell them all the time, if you’re bigger and stronger than someone, then get in a physical game. But if you’re quicker, just outrun people.

BG led 5-0 after one, and 7-0 after two. The scoring highlight rundown: The Cards were paced by two goals each by Sam Cronin and Derek Amaral (who also had two assists). Single goals were by Mike Schaaf, Max Trawick (and two assists), Luke Vogel, Patrick Madden (and two assists), Sean Wilson and Daniel Woodford. Declan Wilkie and Ben Young had three assists, while Evan Butler had eight stops in goal, including on the Kings’ Ryan Desimone’s shorthanded breakaway.

The Cards are just on a roll thanks to their depth.

“When you can play that fourth line, now you don’t have to have Madden and Amaral on the ice constantly,” Bishop said.

Not the same for the Kings.

“It’s a different swing of things without your first line winger and your head coach,” Burns said.