Eleven to be inducted into Nashua Athletics Hall of Fame 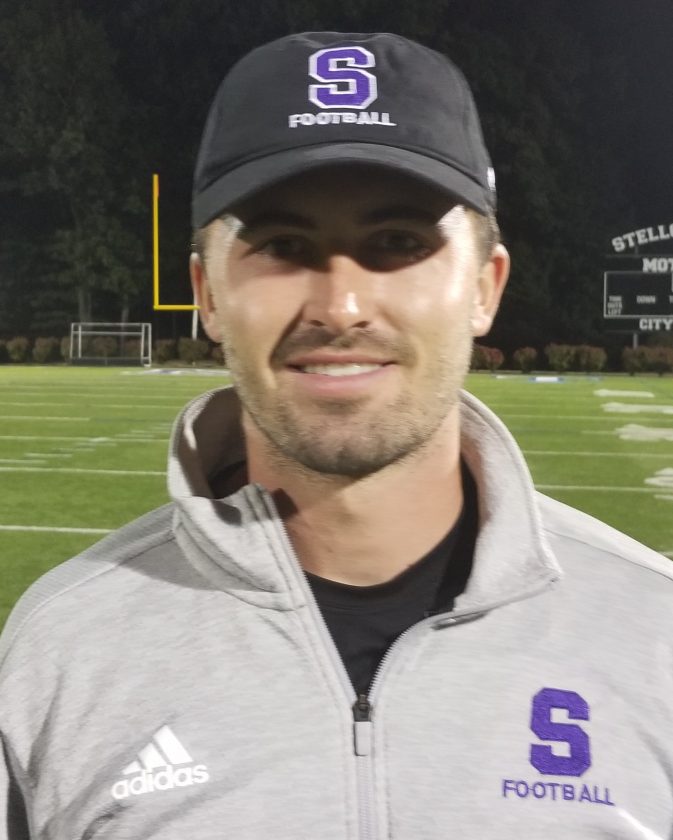 Telegraph file photo by TOM KING Nashua South and UNH quarterback standout Trevor Knight will be among several to be inducted into the Nashua Hall of Fame in May.

NASHUA – The return of the Nashua Athletics Hall of Fame inductions will include 11 former athletes, coaches and a contributors for a ceremony on May 9.

The Hall of Fame was ressurrected after a near 20-year absence last year by Nashua athletic director Lisa Gingras, and a committee poured over several nominations.

Here’s a brief look at the accomplishments of each inductee:

Farley Gates – The 1981 Nashua grad earned several accolates in helping to guide the 1980 Panthers to the Class L boys basketball title and went on to a collegiate career/scholarship at the University of San Francisco. Gates has also in the past served as the Chick-fil-A hoop tourney director.

Al Savage – One of the most recognizeable names in local youth sports with the Nashua Elks, Savage helped found the New Hampshire state Decathlon in 1957 and the girls Heptathlon in 1977.

Mark Russell – The 1966 Nashua grad excelled in football, baseball, winter track and basketball, and after graduating from NHS played football and ran track at Bordentown Military Academy and then football at the University of Massachusetts.

Kole Ayi – Ayi was one of the more dominant football players in the state, graduating from Nashua in 1997 and went on to a Hall of Fame career as a linebacker at Umass-Amherst and then played in the NFL with mainly the St.Louis Rams and the New England Patriots, earning a Super Bowl ring with the Pats in 2002.

Amy Ruston – The 1999 Nashua grad holds several school and state records in cross country, indoor and outdoor track and went on to compete at Lehman University.

Laura Gerraughty – One of the most recognizable names in Nashua track as a shot put thrower who was a nine-time state champion and two-time national champion in high school and at the University of North Carolina. Not surprisingly, she went on to compete in the 2004 Olympics.

John Schroeder – The 2006 Nashua North graduate was a standout athlete in cross country, indoor and outdoor track, as well as a Class L and state champion.

Kendall Reyes – The second former NFL player in this group. Reyes, the 2007 Nashua North grad, went on to a standout career as a defensive lineman at the University of Connecticut and then as a second round draft choice played with the Chargers, Redskins and Chiefs in the NFL. He is currently an assistant coach at the University of New Hampshire.

Brad Zapenas – Zapenas was a standout baseball player at Nashua North (2008 grad), Boston College and went on to a professional minor league career in the Chicago Cubs organization. He was the 2008 New Hampshire Gatorade Player of the Year.

Trevor Knight – Knight was a standout quarterback at Nashua South and the Univerity of New Hampshire, and most recently was a member of the Canadian Football League champion Winnipeg Blue Bombers. While at South he was the 2012-13 Gatorade Player of the Year.

Hall of Fame festivities will begin with a recongition of the inductees at the May 8 Nashua North-South baseball game at Holman Stadium.

The induction will take place at a May 9 reception beginning at noon at the Courtyard Marriott in Nashua. For ticket information, go to the Hall of Fame page at the Nashua North or South athletic websites.

Note: Telegraph writer Tom King is a member of the Hall of Fame organizing/selection committee.