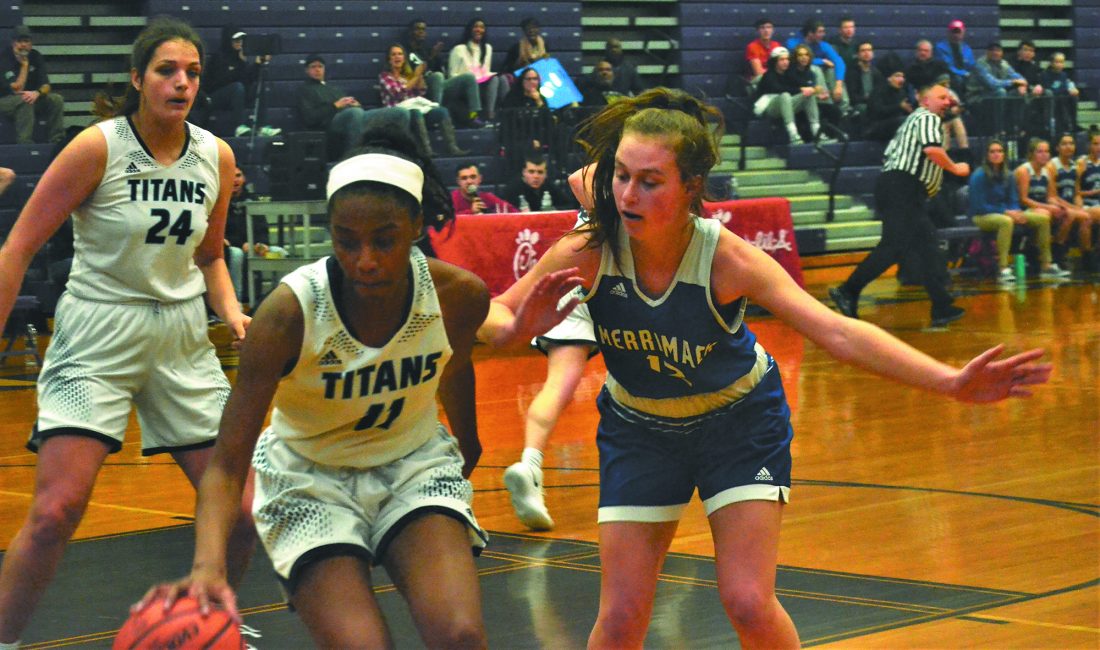 South punched their ticket with a 44-38 victory over Alvirne in the day’s first semifinal matchup.

Aryanna Murray had 14 points to lead the way for the Panthers, while the Broncos did not finish with a scorer in double digits.

The Tomahawks went into the half with just a four-point lead, but managed to build that lead thanks to a faster tempo and more defensive pressure in the backcourt in the second half.

“We’re a second half team. We just had to speed things up. We came out with a press, and it was all over,” said Merrimack’s Theresa Twardosky. ” I just think they couldn’t keep up with us. You saw in the beginning, we didn’t press and we slowed it down and played our offense but it wasn’t working. As soon as we brought it up to our type of speed, we played our game. As soon as we play our game, other teams can’t keep up with us.”

Twardosky had 15 points for the Tomahawks, including a pair of threes, with Samantha Page contributing 10 points for the victors. Aliana Mercado led the way for North with ten points in the loss.

The Sabers came out on top of a tough battle with the Cougars. Campbell was led by Tori Allen’s 21 points and 16 rebounds. Riley Gamache collected 14 points and six steals in the loss. Souhegan will play Keene at 9 a.m. and Campbell will face Milford at 9 a.m. on Saturday.

The Spartans drop another tournament game, this time being stifled by the Blackbirds. Sarah Dobbs led all scorers with 13 points.