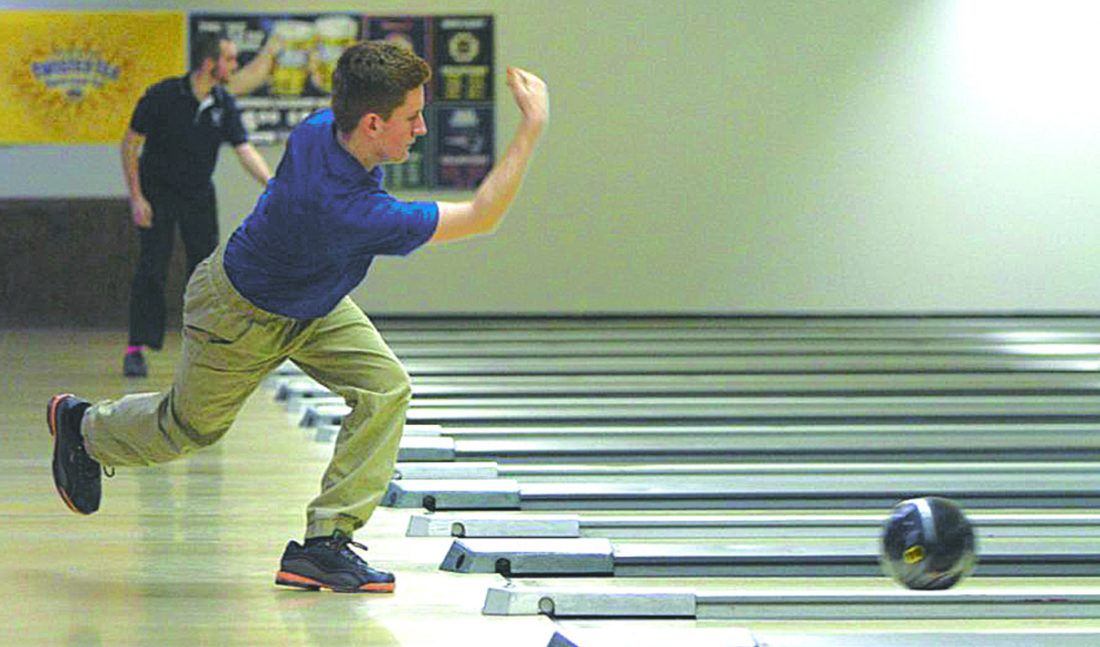 The area’s four ten-pin bowling teams are set for the upcoming season.

The Merrimack High bowling team enjoyed a superb 2018-19 and things could get exciting again this time around for coach Joshua Pelton’s crew.

“We expect to be in the finals for a state championship this year,” the coach said.

The Tomahawks feature 16 bowlers in the program, including the defending state individual champion Mike Grover.

The dynamic Grover is one of six returning seniors, along with John Goodwin, Joshua Barnard, Ryan Williams, Keaton Miller and Abby Morgan.

Goodwin and Miller have been huge parts of the program’s success as well,

Bishop Guertin’s team is in a state of transition.

“This year is all about new beginnings,” said first-year coach Aaron Fitzgibbons. “A new head coach, a new home bowling center at Brunswick Zone in Lowell, new training techniques and processes as well as an increased practice schedule will help build a strong program.”

practice, especially, with the short number of practices we have had,” said Frye. “We expect to make the team championship this season. We have not qualified the last four years. We seek to break that streak this season.”

“With the majority of our team returning, we are expecting to have a great year,” said Robbins. “We will focus on consistency and staying positive, especially when the pins don’t seem to be falling for us.”

The season begins on Saturday morning.

Souhegan hosts Spaulding and Sanborn at the Merrimack Ten Pin. Bishop Guertin faces Dover and Pinkerton Academy at Strikers East in Raymond. Hollis Brookline faces Goffstown and Raymond at Yankee Lanes in Manchester. And Merrimack heads to Maple Lanes in Claremont to face Coe-Brown and Stevens.

Coach’s Comments: “It has been impressive for our coaching staff to see six bowlers to be able to move forward at the same pace where in years past we may have a bowler or two that have led the pack and others have needed to catch up.”

Coach’s Comments: “We have strong team leadership (both coaches and players) and they all have a great passion for the sport. This team has a strong level of camaraderie and I feel that that will help take them far.”

Coach’s Comments: “We have a highly self-motivated group that has put in a lot of time in the off season. Their hard work and practice should help them to earn a top spot among some of the other fantastic teams that we know we will face this year.”