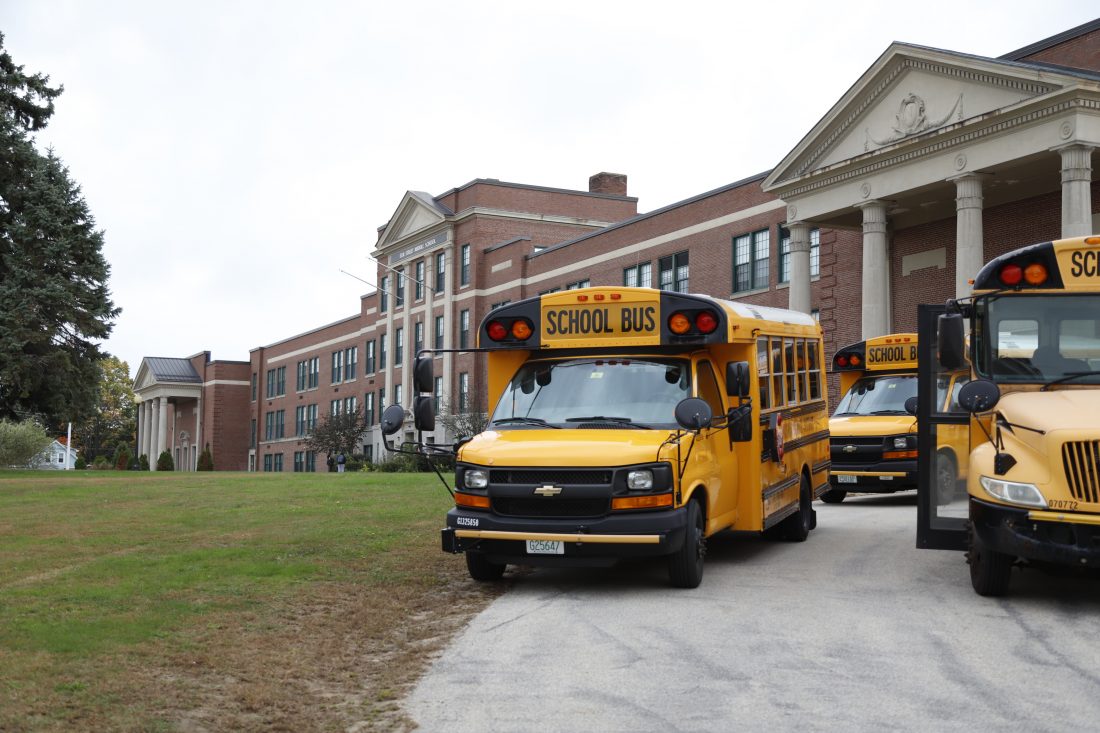 NASHUA – For months, city and academic leaders have debated plans to upgrade facilities for middle school students, with the strong possibility the current Elm Street Middle School could be transferred to a private developer for transformation into an apartment complex.

And in a city where it is just as common to see a Porsche parked along Main Street as it is a Ford, some public school students still attend class in portable trailers.

In this light, city leaders now say they need $118 million to build new and/or enhance infrastructure for middle school students. The current facilities are:

During the last Joint Special School Building Committee, officials chose to go ahead with a new middle school in the area of Buckmeadow Road in south Nashua to replace the Elm Street Middle School that is located downtown.

Nashua Alderman Richard Dowd chairs the committee. He said Elm Street was built from 1931 to 1936 as a high school. Now that the school is more than 80 years old, numerous problems have been detected, leading officials to believe a new structure is the best option.

“If we tried to renovate it to be an existing middle school, it would be $15 million more than building a new school, and it still wouldn’t meet any of the middle school requirements,” Dowd said.

Dowd said that more than a year ago, various officials met at Elm Street to discuss options for the middles schools, all of which face certain problems.

For example, Elm Street and Pennichuck are both currently utilizing portable classrooms, which Dowd said the New Hampshire Department of Safety does not want because the portables are not very secure at all.

“One of the things is getting rid of the portables,” Dowd said. “They were put in place temporarily 20-plus years ago. They’ve long overdone their life expectancy. They’re starting to show their age.”

During the initial investigation of the middle schools, officials found that Fairgrounds and Pennichuck did not have the space needed for current enrollments.

Moreover, at Elm Street, Dowd said the classrooms are too small according to the new state and federal standards. Also, to move the walls in that building would be a major undertaking because they are all structural. Additionally, if construction was to occur inside that current middle school, folks would have to mitigate hazards such as asbestos and other pollutants.

Dowd said security is also an issue at Elm Street, with the building having too many doors and ways in and out of the school, as well as the main office being upstairs and down the hallway.

There are no athletic fields available at Elm Street, meaning all of the sports teams have to be bused, which adds another expense.

“The difference between a renovated Elm Street and the new middle school are about $20 million over the next 20 years,” Dowd said.

Fairgrounds will see the least amount of modification because it can manage 800 students, so there will just be some upgrades to the school to enhance the experience. Pennichuck, meanwhile, will be adding at least 10 classrooms to replace the portable trailers.

Dowd said the special education space at all three schools will also see upgrades, and more intensive special needs students will go to a special wing in the new school.

He said work on Fairgrounds will start first, followed by Pennichuck, which he believes will be a 14-month project. The new middle school will be a two-year project from the time shovels are put in the ground.

Dowd said if officials renovated Elm Street, it would have been a four-year project, which would have added to the cost.

Dowd said if the measure passes, the school bond will then go to a meeting of the full Board of Aldermen in December for final approval.

Furthermore, plans call for the new middle school to have a new access road constructed to connect to Buckmeadow Road. However, while cutting down trees to make way for the new school’s construction, a significant buffer will be left on all sides. With the heavy trees there, Dowd said there should be no noise from the new school. Additionally, all of the lighting will be down shining, like street lights. Harriman is the architect on this project, while Harvey Construction is the construction manager.

“The city has interests from a few parties in procuring Elm Street,” Dowd said. “What they’re going to be using it for, I don’t know, but we’re thinking it could be along the line of housing, apartments, condos.”

In the meantime, a completely separate project that is not part of this project involving the bond is already underway at city schools.

He said the city had some money for these security improvements before, in which the money was used to improve Charlotte Avenue Elementary School. These upgrades include a second set of locked doors at the main entrance of the school, where the main office is located so any visitors can be monitored, and locked in between the two sets of doors in the event a person did not belong at the school. Dowd said this is a roughly a $500,000 project.