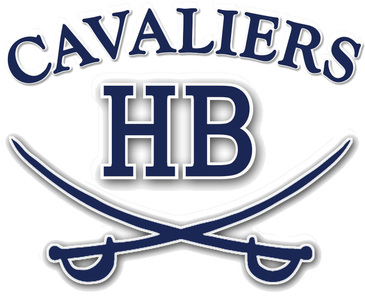 It’s the 2019 high school football playoffs for area teams, take two – with three for the road.

Three emerged from last week’s quarterfinals – Merrimack in Division I, and Alvirne and Hollis Brookline in Division II – and all three will be hitting the road today in the semifinals.

And all three – Merrimack at Exeter, Alvirne at Plymouth, and Hollis Brookline at Bow – could be considered underdogs.

And all three would love to still be alive this time next week for Sunday, Nov. 24’s state title games at the University of New Hampshire. Of the three, Alvirne made it that far in 2018. Merrimack, playing in its third semifinal in three years, fell to eventual champion Bedford.

“It’s a tribute to these kids and coaches that two years in a row we’re in the semis and three out of the last four years,” Merrimack’s Kip Jackson said. “We want to keep going.”

Here’s a brief look on all three games:

It’s yet another challenge for the Tomahwks, who have won five of their last six, their only loss in that span to Nashua North, which was avenged in last Saturday’s quarterfinals.

The interesting part of this game, as Merrimack looks to reverse a 41-7 regular season loss to the Blue Hawks: Exeter hasn’t seen a lot of likely sophomore starting QB Kyle Crampton. Merrimack senior QB James Dowling suffered an ankle injury last week and his status is unknown, but he was still sore earlier this past week.

“We haven’t seen a ton of tape on him,” Exeter coach Bill Ball said of Crampton, who tossed two TD passes in the quarterfinal win over North. “But what we have seen, he’s got great poise, and he looks off receivers the way (senior James) Dowling did. He was very efficient (on tape) and has run their offense well when he’s been in there.”

But this Exeter team is tough, especially at home with a great rushing attack but also a poised QB in senior Ryan Grijalva.

Alvirne will try to limit Plymouth QB Cody Bannon, who tossed two TD passes in a two-point quarterfinal win over Pelham last week. The second, to Kolby Cross, came with 2:26 to play.

But the Broncos know the Bobcats well, after falling to them in last year’s Division II title game.

Plymouth is red hot, the Bobcats having won

However, the Broncos have come this far thanks to a stifling defense that during a five-game winning streak this year recorded two shutouts and held two other teams to seven points each.

Plymouth’s only losses this year have been to playoff teams, Kennett 14-8 (the Eagles have been eliminated) and top seed unbeaten Bow 8-7. The ‘Cats have won six straight, and have been very tough, like Alvirne, defensively, allowing just 8.6 points during their win streak.

It’s just the latest challenge for Alvirne quarterback Kyle Gora, who has overcome most of the ones he’s faced in the last two years. In last week’s quarterfinal win over local rival Milford, he threw for 228 yards and three TDs.

The Cavaliers have been finding ways to win with a solid offense all year long, but they’ll face their toughest challenge on the road today.

QB Sander Wimmer (four TDs last week vs. Kennett) and Quinten Wimmer (two TD catches) remain the heart and soul of the Cavalier attack. HB started out well last week at Kennett and likely would need a similar start today at Bow – on both sides of the ball. “We tackled well on ‘D’,” Cavs coach Chris Lones said.

They’ll face a tough challenge from Bow’s Steve Guerrette, who ran for three TDs and threw for another last week vs. Souhegan in avenging a 2018 quarterfinal loss. But HB has been on a roll, going into this one on a five-game winning streak, averaging 46.6 points in that span.