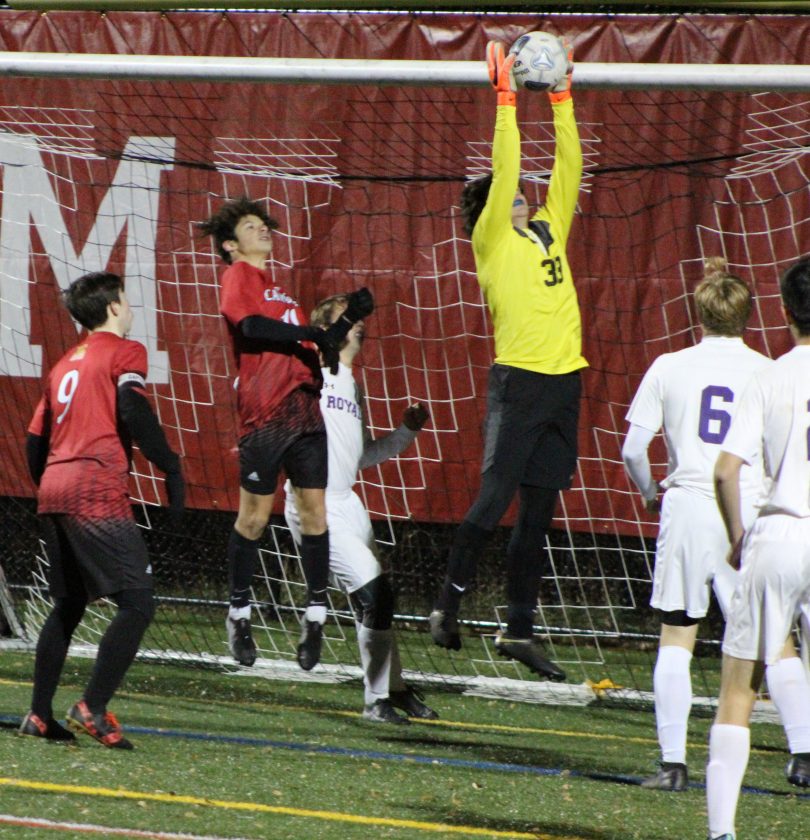 They’ve had plenty of success in the last year, but there was a good reason at the start of this season to think the Campbell High School boys soccer team wouldn’t have a chance to defend its title:

The Cougars roster is filled with freshmen and sophomores, yet with a little dash of

“Who would have guessed having the assignment and to attempt defending the Division III boys soccer championship with a plethora of freshmen and sophomores.”

One of those, freshman Sam Gomes, leads the Cougars with 21 goals, including the key second goal in the team’s 2-0 semifinal win over Mascoma Valley. Campbell’s goalie, Jack Noury, is a sophomore. And there are other underclassmen at key spots.

That’s not to say the Cougars don’t have important seniors, like striker Joaquin Heller and playmaker Tyler St. Onge.

Meanwhile, Mascenic has a lot of experience with 10 seniors, but one of their best players in their penalty kick 2-1 semifinal win over Hopkinton was a sophomore, Matt Swanson. But, in a suprise, the player who scored the game winning Pk was actually the Vikings’ senior goalie, Chris Wilkins.

The Vikings have the edge in size, and if Miller had to admit it, he’d probably honestly say Mascenic was not the team he wanted his Cougars to face.

“The challenge of matching this undersized grouping against Mascenic’s strong, beefy finalist group is a dubious step,” Miller said, noting his team would try to use its wide game and speed.

“Speed, bravery, guts and (soccer) sense are our only chances,” he said.