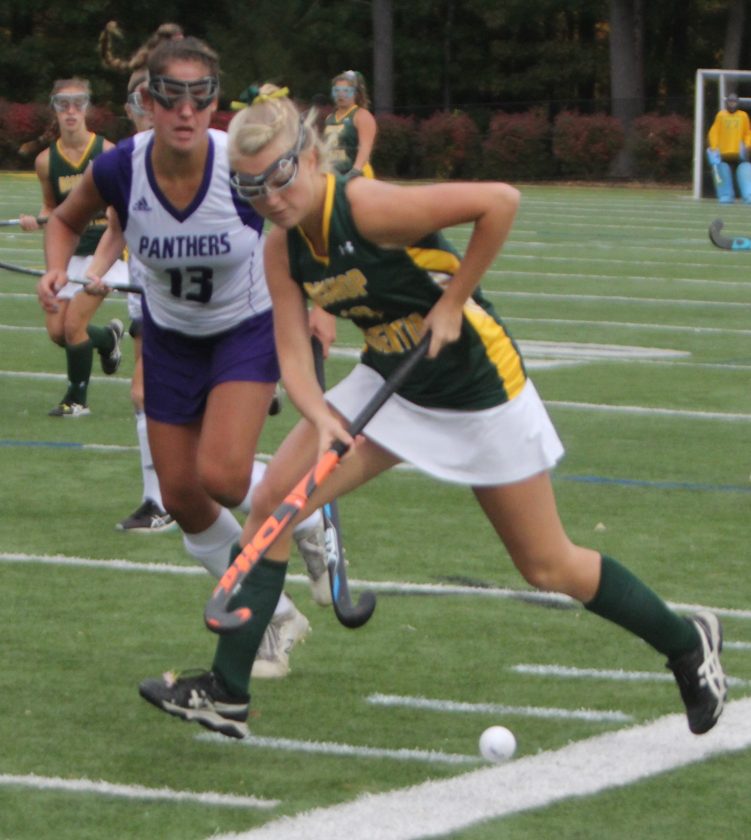 The Bishop Guertin girls soccer team dropped a tough one to Bedford in suffering its first loss of the season.

That was just one highlight of a busy day/night Wednesday in local high school sports. Here’s a look:

The Cardinals (9-1) fell from the unbeaten ranks in Division I, thanks to a Bulldog goal just under eight minutes in that held up the rest of the way at Rivier University’s Joanne Merrill Field.

Brooke Paquette played well for the Cards, who outshot Bedford 10-9. The Bulldogs are now 10-1.

“They were way better than us in the first half and deserved the goal,” Cards coach Pat Mulcahy said. “We played great in the second half.”

Julianna Martin got the game winner in overtime, assisted by Kylie Dawe, as the Panthers improved to 8-3.

Ellie Kopicko also scored on a penalty kick, while Haleigh Swabowicz had 13 saves in the South net. The Panthers host Bedford on Friday.

Three different players scored for the visiting Little Green (8-2). The Titans fell to 4-7-1 and visit Exeter on Friday.

The Broncos held on after scoring four goals in the first 20 minutes for their fourth straight, improving to 6-5.

Marissa Juliano had a pair of goals while Rose Boudreau and Abbey Dubois added one each. Rose and Paige Boudreau, Darian Taylor, and Caroline Breen each had an assist while Alvirne freshman keeper Paige McKinley had seven saves.

Connor Donaghey, Sam Gomes and Dave Latsha each had two goals as the Cougars moved to 10-0-1. Single goals were by Justin Edmunds, Michael Decarli, Tyler St. Onge and Joaquin Heller. Assists on the day were by Ryan and Dave Latsha,Decarli, St. Onge, Heller and Wyett Heming.

The Cardinals got all three goals from Rylee Bouvier to improve to 6-5.

Two of Bouvier’s goals came in the first half while Lindsay Hult, Britney Pearson and Sarah Coyle each had an assist.

For South, Courtney Tello had 24 saves in goal, while defender Maddie Rowe also had a save. Monina Tosi and Makenna Reekie combined for four saves in the BG net. The Cards host Exeter at 3 p.m.at Umass-Lowell on Friday while South (2-9) is at Winnacunnet.

Erin Knauer got the game’s lone goal, assisted by Megan Dinsmore at 8:47 in the first half, to boost the Tomahawks to 7-5 in Division I.

The Panthers improved to 13-0 with a sweep of the Grizzlies, who have lost nine straight. South is off until next Wednesday when it visits Salem.

Second, off the court the match raised $400 for the Kendall Van Schoick Memorial Scholarship fund.

The Cavaliers visit Winnacunnet on Friday.

The Cards (217) finished behind match winner Exeter (207) but well ahead of Merrimack (265) at Nashua Country Club.

For Merrimack, Cameron Higham had a 51 while Hayden Lawton added a 52 and Pat Browning and Jackson Forbes each had a 53.

The Spartans (90 points) finished behind match winner Kennett (124) but just ahead of Pembroke (84) at Pembroke Pines.