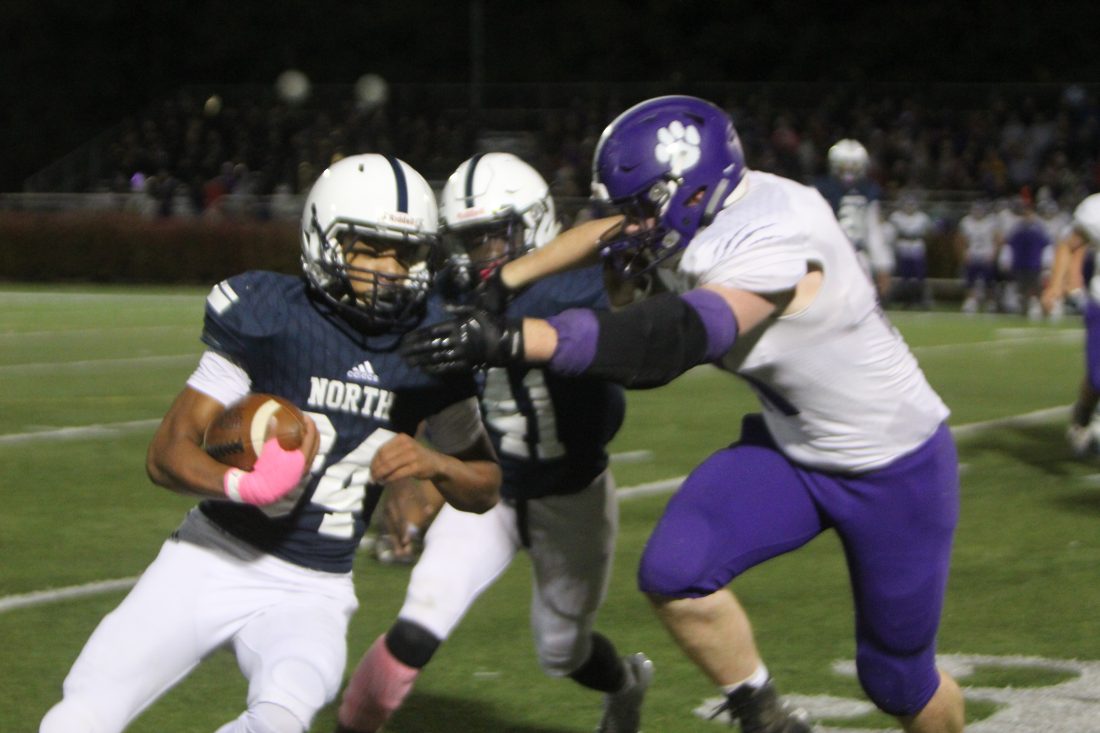 The Cavaliers drop to 5-5-1 after Friday night’s loss. The lone goal for the locals was scored by JJ Kennedy from a Max Burns assist. Goalie Ryan Coutu made eight saves. Hollis Brookline welcomes Kearsarge on Monday.

Four second half goals propel the Warriors (8-2) to a Friday night win. Sam Townsend scored two goals including the one to seal the game. Sean Brennan and Jack Schwab added on goal each. WLC travels to Conant on Wednesday.

The Cardinals (9-0), got two goals from Brooke Paquette and a goal and assist each by Hannah Lord and Katie Boudreau. Teagan McInnis had a single assist. Guertin visits Spaulding on Monday.

The Broncos (4-5) held off a late game run from the Tomahawks to get the win. Scoring goals for Alvirne were Rose Boudreau, Hannah Sellingham and Abbey Dubois. Jaime O’Connor led the defensive unit against a speedy Merrimack team. Mary Vance tallied both goals for the Tomahawks. Alvirne hosts Keene on Monday and Merrimack (4-5) visits Winnacunnet.

The Spartans (8-1-1) outshot Lebanon 35-2, but neither could find the back of the net in the end. Meg Cavanaugh and Mikayla Thompson controlled the defense. Milford host Hollis Brookline on Monday.

Sarah Coyle found the back of the cage late in the game to capture a win for the Cardinals (5-5). Brooke Yabroudy scored a goal, while Rylee Bouvier and Britney Pearson had one assist each. Theresa Twardosky collected the lone goal for the Tomahawks (6-5). Guertin visits Nashua South on Wednesday and Merrimack visits Salem.

The Cardinals (6-5) got shutout by the scores of 25-16, 25-13, 25-20. Alicia Glasheen led the offense with 11 assists and Emma Charron supplied the defense with 10 digs. Meghan Stack (five kills) and Libby Knapp (six kills, five digs) played well in the loss. Guertin travels to Winnacunnet on Monday.

The Sabers even up their record at 5-5 after blanking ConVal. Hannah Carroll tossed up 16 assists and Katerina Stuopis put down nine kills. Others playing well were Allie McCall (six kills, five aces) and Caitlynn Cooper (three kills, three aces). Souhegan visit Somersworth on