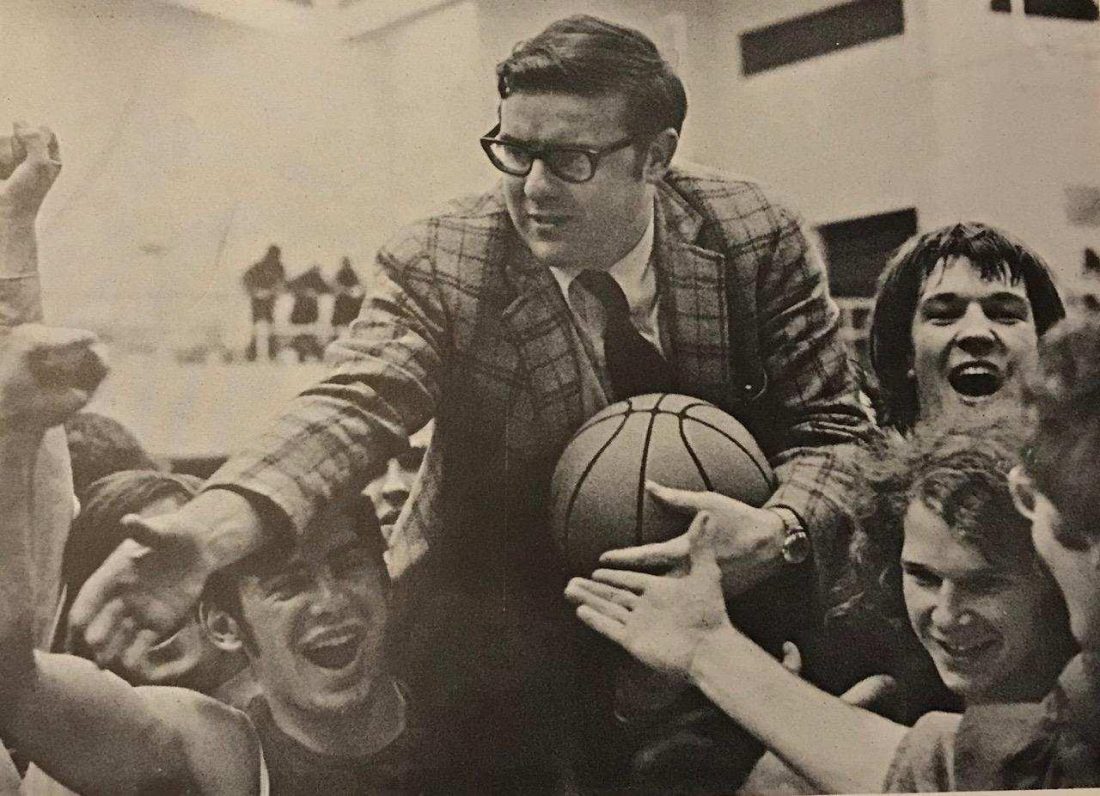 In the summer between his sophomore and junior year, Dan Murray got up early and would always meet his Milford AREA High School basketball coach Mo Facques at Keyes Field.

The reason was simple. Facques knew going into the 1972 season he had four or five good players, but he needed one more.

That one would be Murray – if Faques, who passed away earlier this week due to an illness at age 79, could turn him into a shooter.

“He needed a kid who could hit a jump shot,” Murray said. “I had a few offensive moves, but I wasn’t much of a player. We did that all summer, and it turned me into probably being the fourth best sophomore into the best junior.

“And he only played five guys, maybe five-and-a-half, and I was lucky enough to get that because of getting that work in. He changed my game.”

The following season, Milford went 18-2, won the Queen City Tournament and then a couple of months later beat Nashua in the semifinals along the way and then upsetting Manchester Central in the Class L title game. Milford was up and down between L and I during that time due to enrollment.

Facques went on to coach Nashua in 1974 but eventually after two years returned to Milford and won the Class I title in 1975.

“He came back,” Murray said, “and he had a great team. But when he left, I was the only one who stayed. A lot of the guys said, ‘Mo’s not coaching, I’m not playing.’ But the kids who played for him in ’75 loved him tremendously.”

Mo’s oldest son Mike, who himself had a successful stint over a decade ago as the head coach at Souhegan (and his younger son Steve also got into coaching) recounts that the double sessions (split class times) in Nashua in the 70s forced Facques to give up the Panthers job and he went back to Milford.

Facques was the Class I Coach of the year in 1969 and in all five years of his first Milford stint he took the Spartans to the tournament – three in Class I and two in Class L.

Facques spent about another decade or so as the Spartans head coach, and then assisted Ken Garnham. In the early 2000s, with Milford in a bind, he and Bill Brown became co-coaches. In fact, they coached against Mike Facques’ Souhegan team, with son beating father two out of three times.

About 10 years later Garnham pleaded with Facques, as the story goes, to help him at Wilton-Lyndeborough and together they guided the Warriors to the Class S title just four years ago in 2015. That was his last year behind the bench.

“He’d just build (coaches) up,” Murray said. “He’d say, ‘You may not be doing this, but you’re doing that really well.’ You’d end up walking away thinking, ‘Hey we’re pretty good.'”

Same with his players.

“He was a players coach, all the kids liked him,” Murray said. “I think we averaged something like 72 points a game, without the 3 point line. We played D and we ran like crazy.”

But Facques, Murray said, would often have long practices an hour, hour and a half longer than he was scheduled for. And then he’d take some of the players home for dinner “so he wouldn’t get in trouble with his wife. He took me like 25 times over to his house for supper.”

Murray couldn’t stop laughing when recounting the story. Facques would also always bring his players to a basketball camp on Cape Cod every summer.

“He was great to be with,” Murray said. “He’d put in the time to make us better. His thing was defense and running and he had some great game plans. He was right on top of it.”

Mike Facques recalled one of the best advice his father would give him as a coach, remembering that some of those Milford teams from the early 1970s weren’t all that close and how his father handled it.

“He told me, in the middle of practice, just blow the whistle, gather them around, and say, ‘You may not all like each other, but here we’re a team with a goal to win.'”

So Mike Facques did just that during the Sabers unbeaten Class I title year of 2003, and the results were points in the season where as many as six different players were high scorers.

Mike Facques got out of high school coaching to help raise his kids, but has been involved at the youth level. But he always notices that there are coaching methods he takes for granted that some coaches aren’t even aware of.

“Things I assume that everyone knows,” he said, “because of what he taught me.”

Facques had plenty of his players and students – he was a popular history teacher as well in the Milford system – go on to teach and coach.

“And they’d all keep in touch with him,” Murray said. “There’s a lot of coaches like that, but he’s right at the top of the list as far as being so special in everybody’s eyes.”

Murray said so many of his former pupils and players always went to him for advice, and probably now will still think of what he would say.

Here at Keyes Field, early on a hot summer morning.